Stress and Strain in a standing wave

Where are stress and strain maximum in a Standing wave? what about a transverse wave? My book says "strain is maximum at the nodes in a standing wave". But since Antinodes are the position of maximum displacement, +strain should be maximum at the antinodes. Can someone explain this intuitively?

Intuitively, in a standing wave on a string, the strain will be maximum at the point around which stretching is the most (this is by basic definition of strain). The nodes are the stationary points, due to which any movement of the string will lead to more stretching than a point which can move. Since the antinode is the point with the maximum displacement, the local streching around it is the least, in most cases we even say it to be zero.

For a more mathematical reasoning you can refer to the image, which mathematically shows the strain in transverse and longitudinal waves. 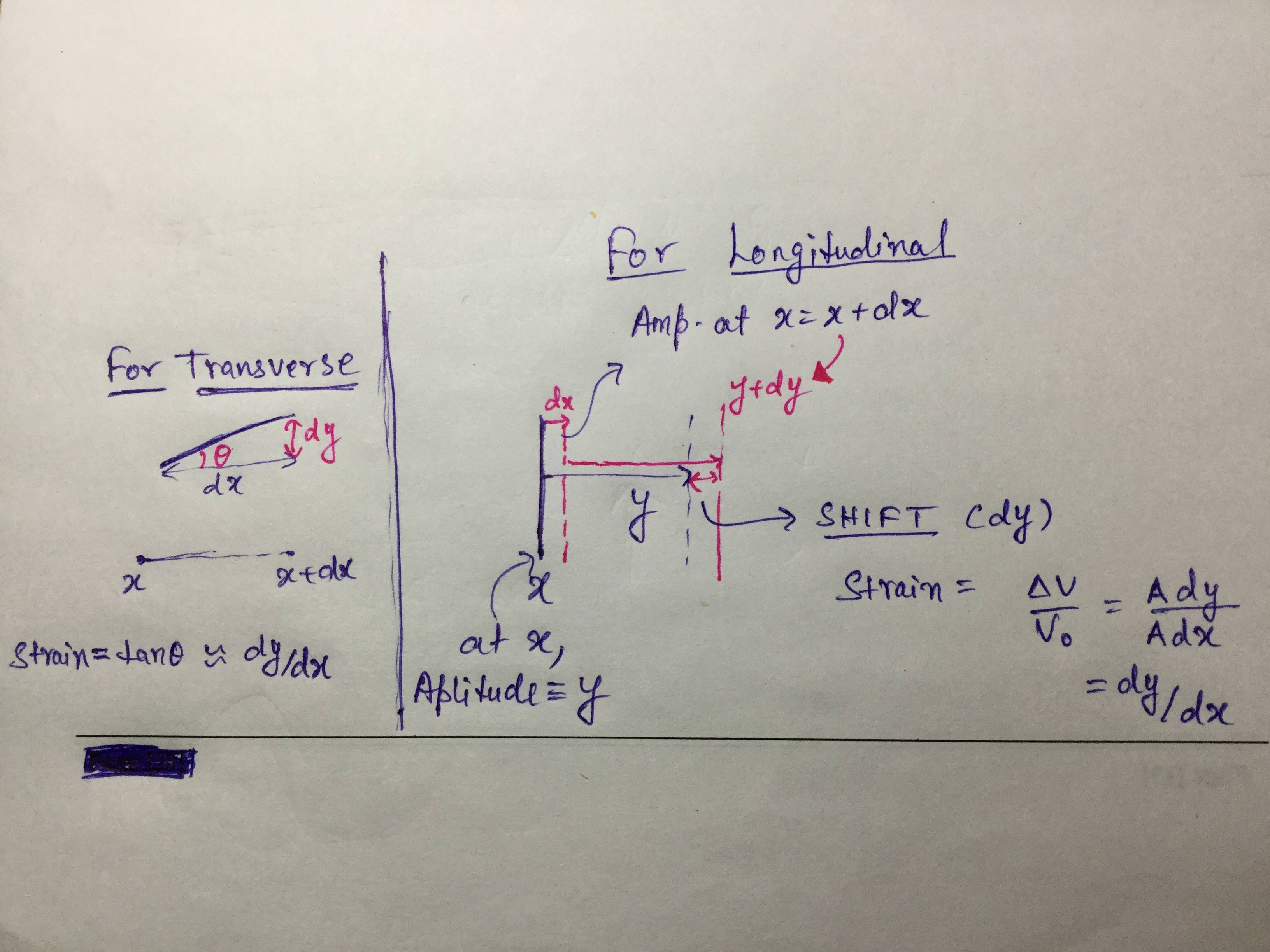 Here also you can see that the slope in a standing wave is maximum at the node, hence having maximum strain.

Not the answer you're looking for? Browse other questions tagged newtonian-mechanics waves stress-strain or ask your own question.

3
Strain and stress tensor
0
Standing sound waves phase difference
1
Intensity of a standing sound wave at displacement nodes?
0
Inconsistency in definition of antinodes
0
Why does the stress strain curve depend upon strain rate?
1
What is the formula of ratio of pressure between nodes and antinodes of a standing air wave?
0
What Changes a Stress-Strain Curve?
4
Could somebody explain the stress versus strain curve?