Can Snell's law be said to fail in this condition?

I ran into a question in my textbook which asks me "when does Snell's law fail?". My first reaction was that it's a law, it can't fail but they gave the solution as the condition when light rays are incident at the interface normally i.e. when $\angle i=\angle r=0$.

Could someone explain this? I would not think it as being a failure of Snell's law. Can we somehow think of making use of Calculus and make use of the fact that both functions in the numerator and denominator are of the same order so the fraction must converge to some finite value? Also, if this indeed is a failure would we say the case when Total Internal Reflection happens, that is a failure too?

The law is, thus, moot if there is no refracted ray, i.e., if the ray gets internally reflected within the incident medium. Thus, the law is not violated--it is simply moot because the law never was about internally reflected rays. However, the flipside of Snell's law being the valid law for all the phenomena of refraction is that Snell's law puts a restriction on the incident angle for which it can get refracted into the refractive medium. Because, if Snell's law is really valid for all the phenomena of refraction, it means that there cannot be a phenomenon of refraction for $i>\arcsin\Big(\frac{n_r}{n_i}\Big)$. This restriction is, of course, correct. 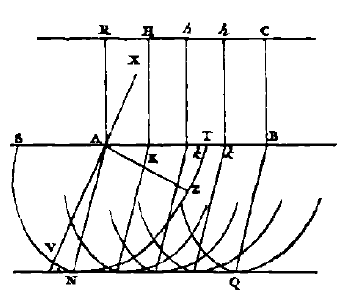 Not the answer you're looking for? Browse other questions tagged refraction geometric-optics or ask your own question.

4
How to calculate the refracted light path when refraction index continuously increasing?
0
Refraction and Internal Reflection
0
Application of Snells law
3
Example on Snell's Law with complex solution
4
Does Snell's law still apply after total internal reflection has occurred?
8
Snell's law in vector form
0
Value of complex angle in Snell's law
0
How does every ray of light or photon can follow the same Snell's law in a very random states of matter like gases and liquids?
0
How can the speed of light at the interface separating two media be equal to that of one of the media?