In the course of a discussion in the chat there emerged an interesting problem, namely a particle in an infinite well with an additional Dirac-delta function spike of scalable hight: $$ H = -\frac{\hbar^2}{2m} \frac{\partial^2}{\partial x^2} + V_0\delta(x-\frac{L}{2}) $$ and with the box walls at $x=0$ and $x=L$. The solution of the problem (see linked page) ultimately pans down to the solution of the equation $$ \cot(kL/2) = -\frac{\kappa}{2k}, $$ with a characteristic wave vector $\kappa=\frac{2m}{V_0\hbar^2}$. The ground state engery would then evaluate to $$ E_0 = k_0^2\frac{\hbar^2}{2mL^2}$$ with $k_0$ the first non-trivial non-negative solution of the cotangens equation above. Interestingly the solutions of this equation are under mathematical debate. It seem to to be not clear how "badly" transcendental they are (see here and linked therein pages for more on that).

However, since the basic idea of the design of the problem was, that it should be easily accessible by perturbation theory and since that might even result in some insights into to mathematical aspects of the referred equation, the question is how to calculate the ground state energy using perturbation theory, and namely in arbitrary order.

My attempt: The obvious choice for the unperturbed system is the particle in the box, i.e. $V_0 = 0$ and to simplify things I first choose the box lengths $L$ to be $\pi$. In this way the well known state functions are 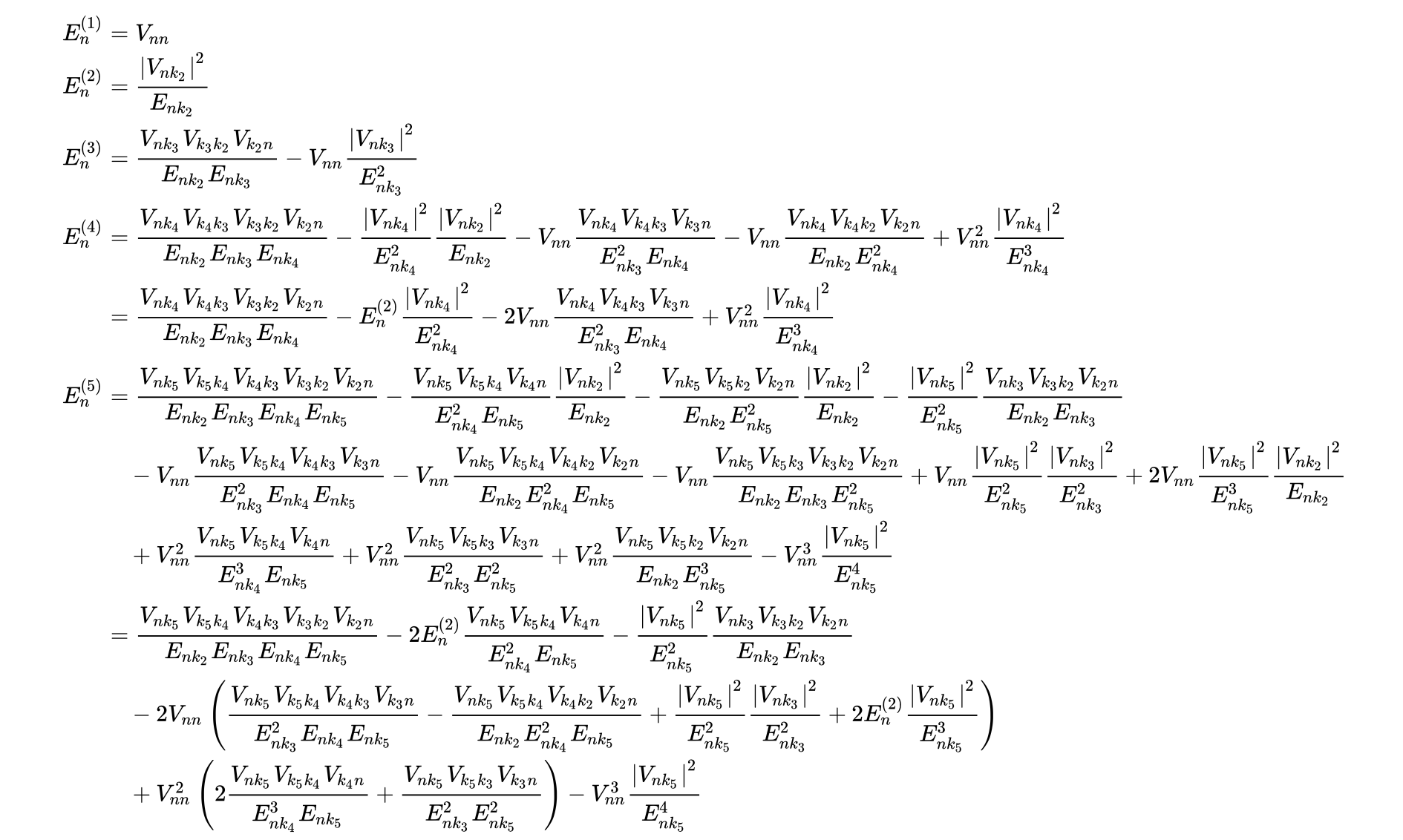 So that looks quite good. Now my actual question:

I would like to access arbitrarily high orders $n$ of $E_0^{(n)}$. Which would be a convenient and possibly easily implementable way to do this (e.g. using a CAS)? I have read that there are procedures to derive the terms by recursion and using derivatives (which would makes sense, since its a kind of Taylor (McLaurin) expansion). Since it seems to be a particularly simple expansion I wonder if it might even be possible to derive analytic expressions for the terms. 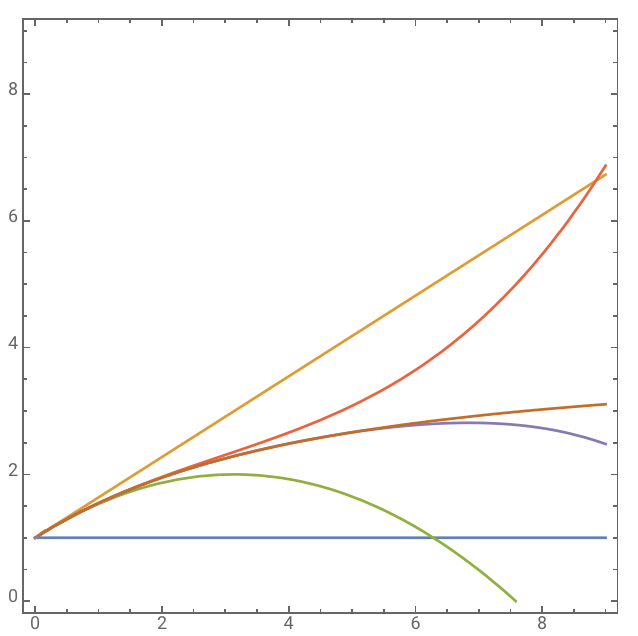 8
If one puts a delta-function spike inside an infinite square well, is the resulting potential analytically solvable?

1
What is the expectation value of the 3D delta function for the Hydrogen atom ground state?
1
Why time-independent non-degenerate perturbation theory problems are not solved with the secular equation?
2
Particle in a box plus step (ground state)
8
If one puts a delta-function spike inside an infinite square well, is the resulting potential analytically solvable?
4
Why is the ground state energy of a linearly perturbed quantum oscillator always lower than its harmonic counterpart?