Am I correct it remembering that unless a pulsars beams plane faces earth we can not detect them. And that similarly inbetween the pulses we can't see them either?

If so how does this differ from dark matter? Isn't it possible that there are a lot more pulsars that we just can't see them because they are pointing the wrong way.

There are lots of things such as isolated neutron stars that are not pulsars, isolated stellar mass black holes, and perhaps yes your example of pulsars "pointing the wrong way" that we cannot see.
But there are arguments from microlensing experiments such as OGLE and MACHO that there can not be enough of them to constitute the dark matter.

Pulsars are thought to run out of energy quite quickly and then become silent. So 99% of the pulsars that have ever lived are thought to now be silent. Astronomers and astrophysicists are surprisingly intelligent and take these facts into account when estimating the amount of matter contained in pulsars. If it were possible for sufficient matter to be contained in pulsars so as to significantly effect dark matter I'm sure they would have thought of this.

It's always fun to look in the literature to see some light curves: 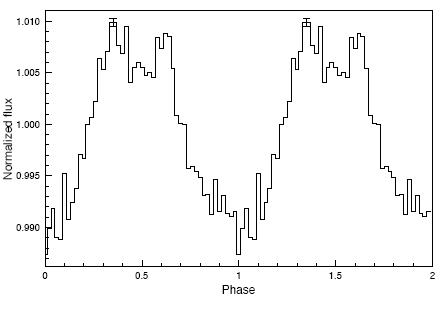 From the above you can see that (for this particular pulsar observed in a particular range of light frequencies at this particular time) there was no significant beaming effect. It could also be that this pulsar is pointed directly at us, but wobbling slightly. Other effects can smear out a pulsar's light curve. The pulsar could be seen by its effect on nearby dust or other matter.

For a paper showing a lot of light curves, some of which do form nice beams, see: High-Resolution Timing Observations of Spin-Powered Pulsars with the AGILE Gamma-Ray Telescope
http://arxiv.org/abs/0810.1516

For a paper analyzing the offset angles and the angle between the pulsar rotation axis and the earth, see: Modeling of Gamma-ray Millisecond Pulsar Light Curves Revealed by Fermi-LAT
http://arxiv.org/abs/0911.4890

The following paper is about some putative microlensing of black holes.

Similar considerations can involve neutron stars. Cold and dark bodies in interstellar space form some part of the DM, but a small percentage. Microlensing has found that MACHO contribution to dark matter is small.

Not the answer you're looking for? Browse other questions tagged astrophysics dark-matter pulsars or ask your own question.

18
Is it possible that all neutron stars are actually pulsars?
3
Orbits within a $-\vec{r}$ field
6
Is there a possibility of anti-dark matter?
2
Why are they building eLISA and what implications would it have?
2
Can we weight dark matter?
1
Can we measure dark matter's effect on spacetime?
1
Is a galaxy made up of dark matter really a galaxy?
9
Why does nobody ever consider the possibility that the universe is not smooth?