What is the theory behind Fresnel's half period zones? 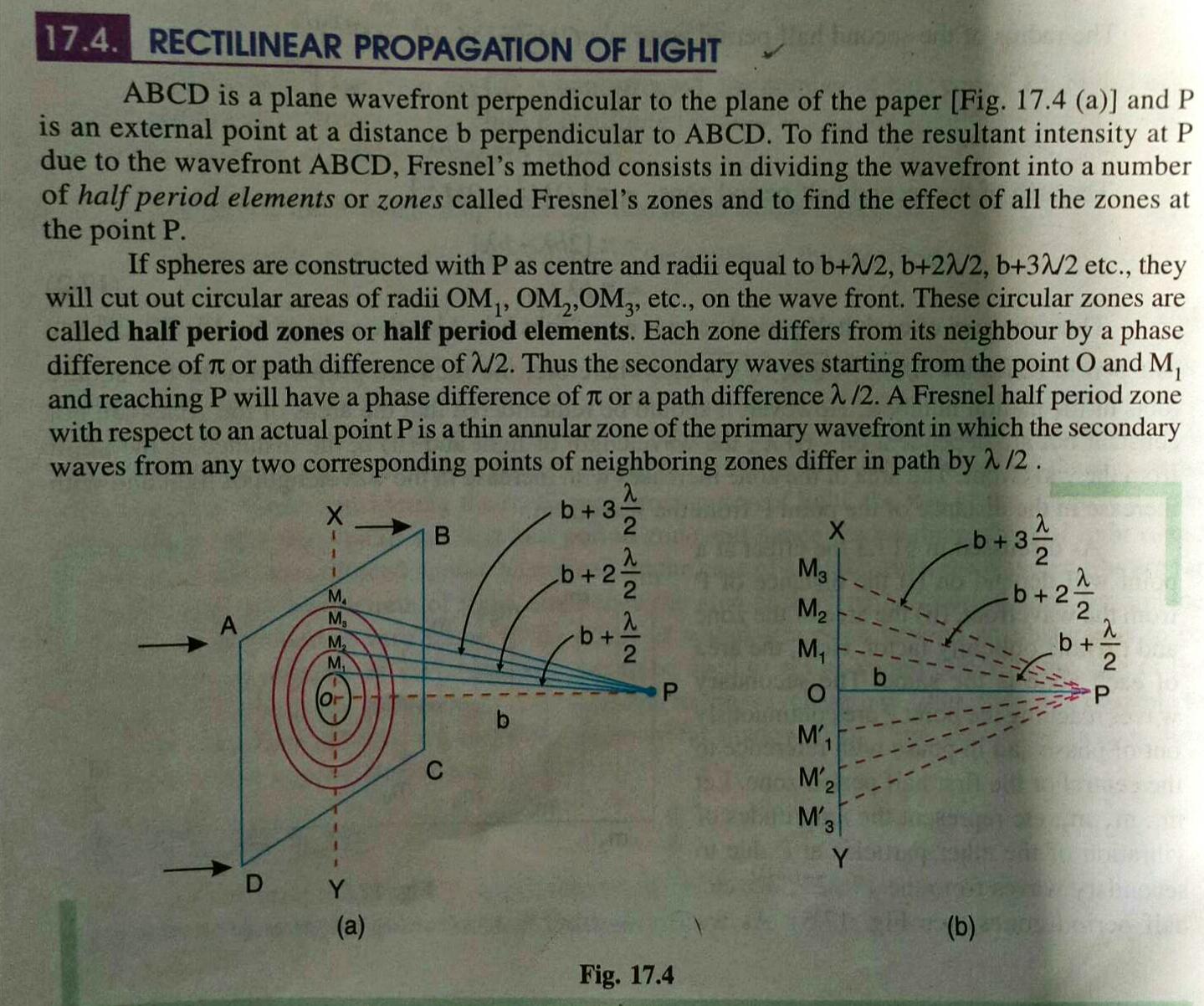 I was not convinced by exactly how does this work,why do we need to take concentric spheres around point P and how do those spheres cast circular areas on the wavefront? Why is the radius OM1 and the first sphere originating from P not same?

Consider the wavefronts (orange) of a plane wave moving in from the left. 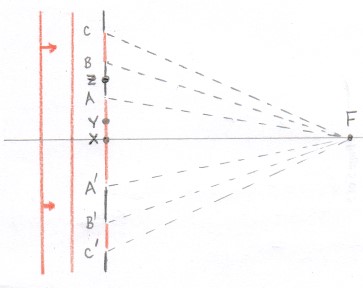 Each point on a wavefront acts as a secondary source - Huygen's construction.

To get to point $F$ the wavelets from point $X$ on the incident wavefront have to travel a distance $XF$.

The wavelets from a point $Y$ on the incident wavefront travel a distance $YF$ and so do not arrive in phase with the wavelets from point $X$.
At point $F$ there is a superposition of these two sets of wavelets.
As long as the path difference between the two sets of wavelets is less than $\frac \lambda 2$, where $\lambda$ is the wavelength of the incident waves the wavelets will superpose constructively ie combine together to give a greater amplitude of the wave at $F$.

If $AF$ and $A'F$ differ in distance by less than $\lambda 2$ then the wavelets which originate from the wavefront $AA'$ will arrive with a phase difference of less than $\frac \lambda 2$ and add together constructively.

The next zone defined by $BC$ and $B'C'$ is made transparent because all the waves which arrive from that zone are between $\lambda$ and $\frac{3\lambda}{2}$ out of phase with the waves which came directly from $X$ and so will superpose constructively.

The end result is the constructive superposition of wave at $F$.

My diagram is just a section through the zone plate which has rotational symmetry about the line $XF$.

The radii of the circles which define the transparent and opaque zones do not increase in equal increments, just think about the geometry of the situation.

And finally a zone plate can be constructed with the transparent and opaque sections transposed.

Not the answer you're looking for? Browse other questions tagged optics diffraction or ask your own question.

5
Diffraction by a lens
1
Is there any limit to distance between two waves when used in Huygens principle?
0
How is the diffraction pattern of six cicles in a hexagonal shape?
2
Huygens Principle, what's the benefit to this interpretation?
5
What is the theory behind imaging a precision pinhole?
2
Why do we take long, narrow slits for diffraction?
3
Why is resolution half the wavelength?
1
What causes the diffuse reflection of an object onto a nearby object to be colored the same color as that of the object?