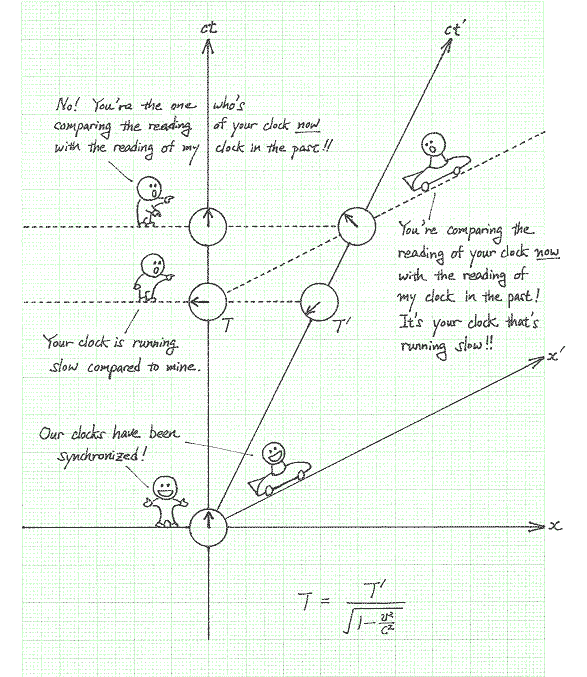 I found this picture from a physics stack exchange question on time dilation: Time dilation all messed up!

I am now returning to it a few weeks later and was wondering if I am correctly interpreting what the diagram is showing, as I seem to run into a slight issue.

Where have I gone wrong?

you can see that whan you put x=1 in above equation there is a $\frac{vx/c^2}{\sqrt{1-\frac{v^2}{c^c}}}$ term in it which basically arises from the synchronization error.

Not the answer you're looking for? Browse other questions tagged special-relativity spacetime time-dilation or ask your own question.

23
Time dilation all messed up!