A pinhole camera consists of a box in which an image is formed on the film plane which is a distance P from a pinhole of diameter d. The object is at a distance L from the pinhole, and light of wavelength $\lambda$ is used (Fig. 2.66).

Approximately what diameter d of the pinhole will give the best image resolution? 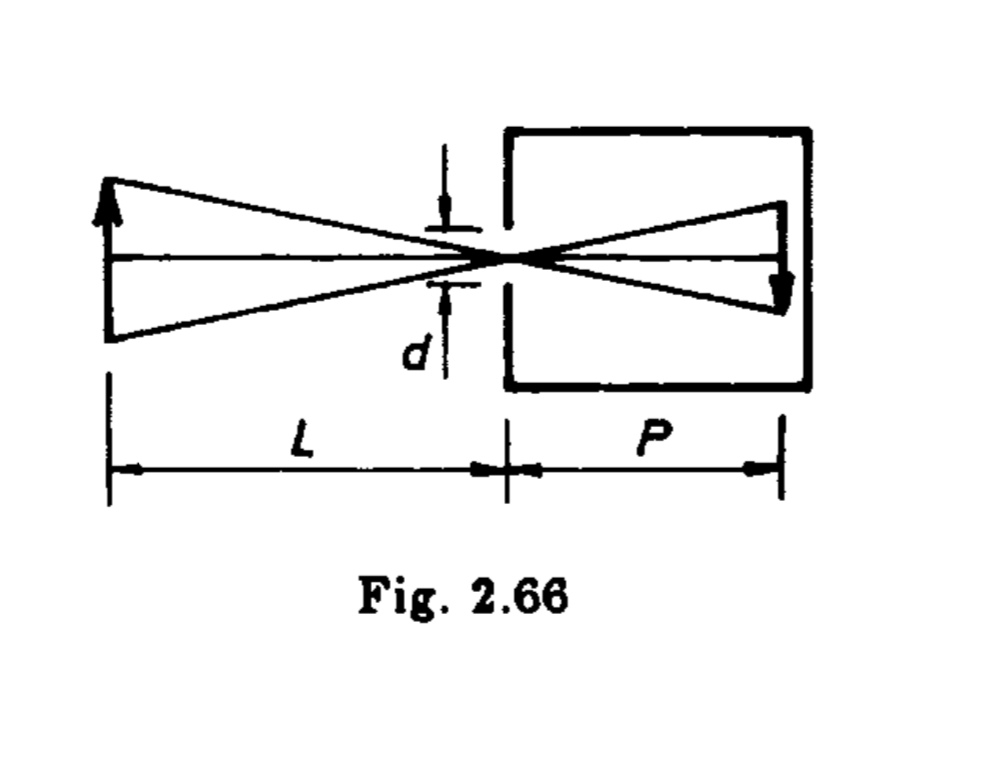 He then says the sum of diameter is minimum for best resolution and gets $d$. 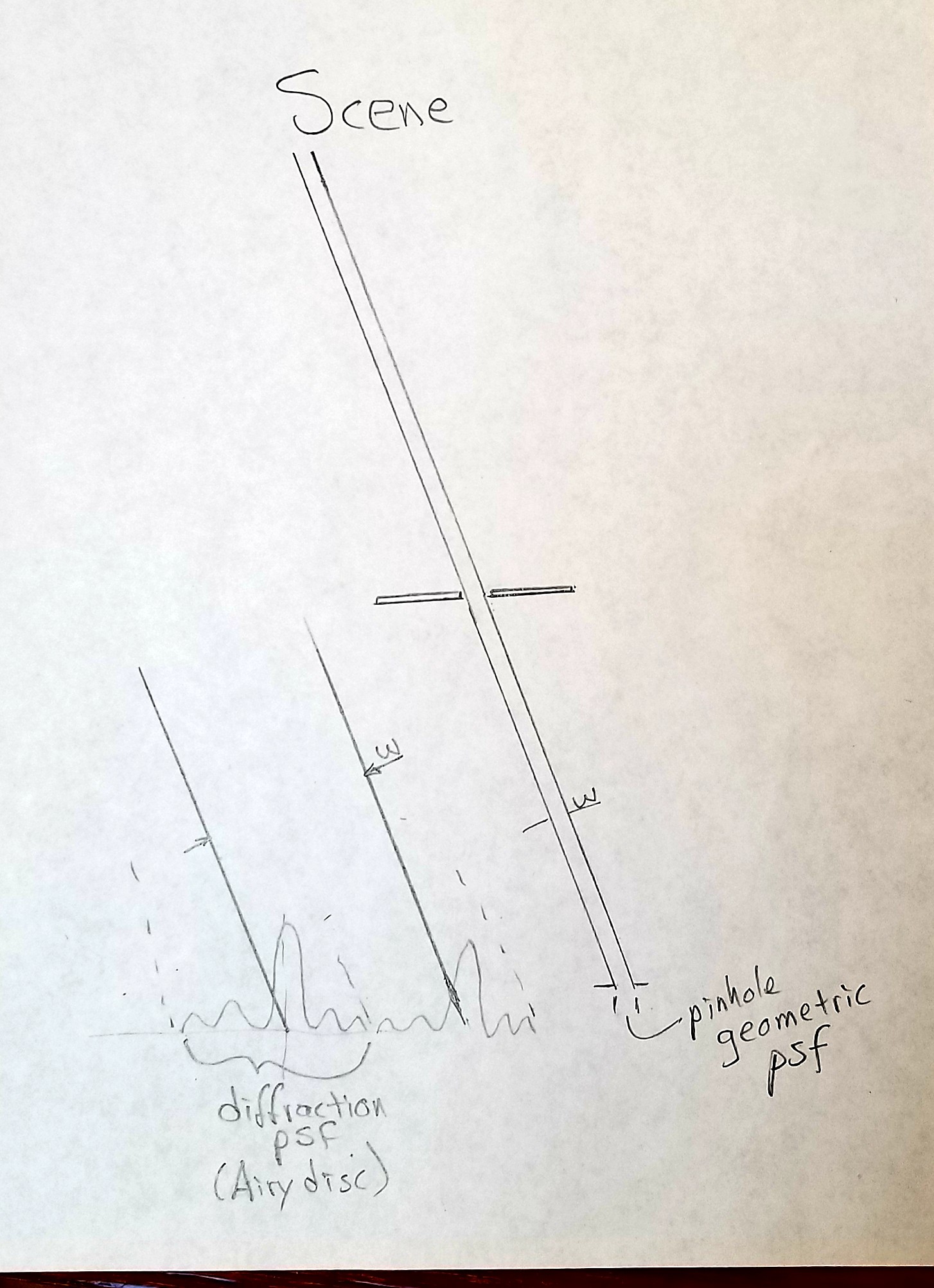 Not the answer you're looking for? Browse other questions tagged homework-and-exercises optics geometric-optics diffraction or ask your own question.

17
Can't seem to reconcile geometric optics and wave optics
1
Minimum seperation between two Airy disks as a function of the distance between two point sources of coherent light passing through the same objective
3
Maxima in single-slit diffraction
3
Deriving the non-paraxial form of Rayleigh criterion
4
Does putting an aperture in a laser beam make the smallest point it can be focused to larger or smaller?
2
Rayleigh criterion: angular or spatial resolution?
1
Maximum resolution of lens with infinite aperture