I would like to take the opinion of physicists (my area is chemistry). During instrumental analysis, the output is a instrument response vs. time. Each peak corresponds to a molecule which is absorbing light. For example, in the attached figure a signal marked VII, it tells me that there are three components because there are three overlapping peaks. Here is the mathematical problem:

As you can see, actually, all roman numerals correspond to 3 signals, but in III,IV, V the three peaks are merged. I am interested in the area under each peak if it were separated to the baseline. Area under the curve is proportional to the number of molecules, hence this quantity is of interest.

One common option is that we assume a function such as exponentially modified Gaussian or just simple Gaussian and fit a curve by iterative curve fitting and minimization of residuals. This would assist in finding the area under each peak. The only drawback of this approach is that we need to apply a model function and fit the data.

Are there any other methods with which can mathematically resolve the peaks and be able to find the area under them. For examples, let us take IV, there are three peaks and one would like to know the area of the individual peak. Is there any method which would reduce the width of the peaks, hence resolve them, yet maintain the area corresponding to each? 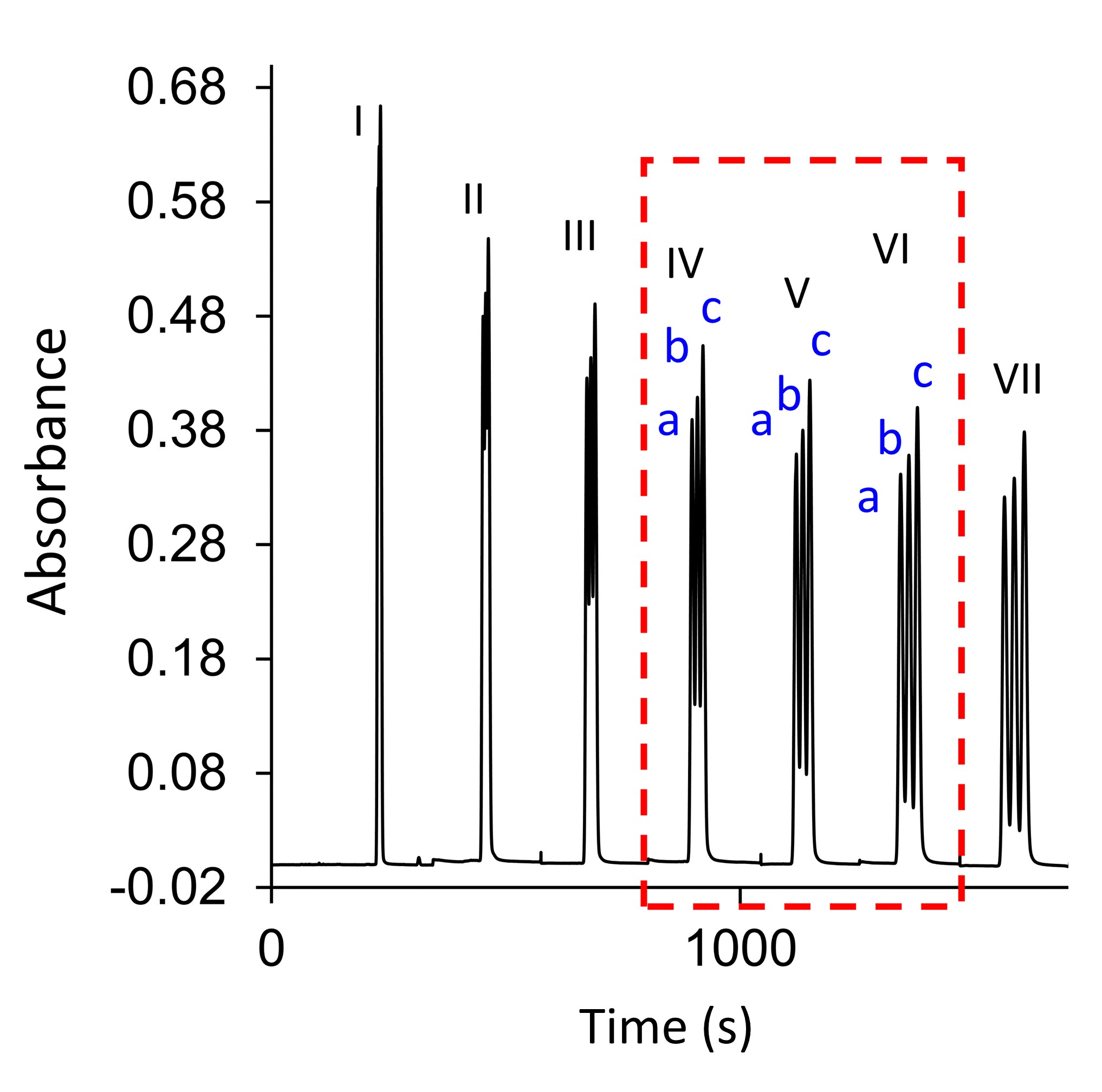 Browse other questions tagged physical-chemistry data-analysis signal-processing applied-physics or ask your own question.

1
More points vs. precision
12
Is there a fundamental limit to the temporal resolution of signals from space?
0
What does it mean to have two phase coherent signals at different frequencies?
0
How do low voltage differential signals transmit bits
1
Time evolution of molecular signal from a laser-induced plasma - finding the right model for my data