If I send two elliptically polarised beams into the outputs of a (say 50:50) beam splitter which is at some angle $\theta$ to the $x$-axis, what sort of beam emerges? As far as I'm aware they do not simply add. 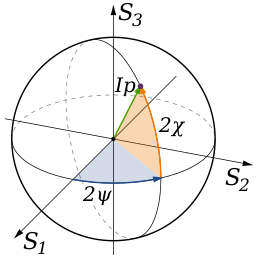 If two elliptical waves are sent into the two inputs of a PBS, this decomposition occurs to both waves and the resultant waves are formed from, for example, the x-axis polarisation of the first input wave and the y-axis polarisation of the second input wave. This is therefore generally elliptical too. A great picture representing this can be found in this manufacturers guide (figure 1).

For a 50:50 beam splitter, the splitting does not happen by polarisation, but by intensity. The resulting outputs from this beam splitter is therefore two beams which are a half of the addition of the input fields each.

Not the answer you're looking for? Browse other questions tagged optics visible-light polarization or ask your own question.