Formula for would something fall over or not?

Let's say I have a 10cm x 10cm x 50 cm wooden stick that weights 5kg total. The 10cm x 10cm base is touching the floor and it protrudes from the floor 50cm which is the height of the stick. Based on this configuration, I would expect the wooden stick to never fall over. 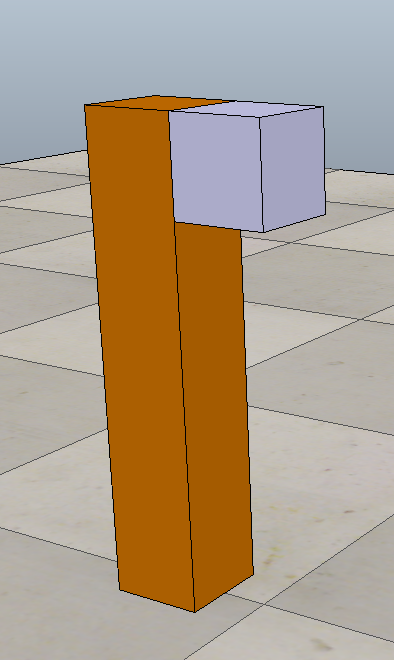 Can anybody explain this phenomenon. Even better yet, can someone give me a formula that might be useful in predicting if an object will fall over or not?

If the center of gravity is right on the edge, the system is not stable. The slightest perturbation to the right in your illustration will tip it over. The numerical simulation introduces those perturbations (whether or not by design). Note that the higher the center of gravity is, the more torque the structure experiences for a given tilt angle-- that's why it falls faster when the block is higher.

Not the answer you're looking for? Browse other questions tagged forces newtonian-gravity free-body-diagram statics or ask your own question.

2
Poisson effect formula for large deformations
2
Watching something fall into a black hole from far away
2
Formula for balance with three arms?
32
Can adding weight to something make it tilt slower?
3
Mass required to prevent sign falling over with a set wind load - activity stations for disabled children
4
Length of DNA before it snaps due to its weight?
0
Fulcrums, Newton-metres and gas lifts
0
Block on a horizontal surface being pushed against a wall