Why is there no current induced when the coil is vertical in an AC generator? 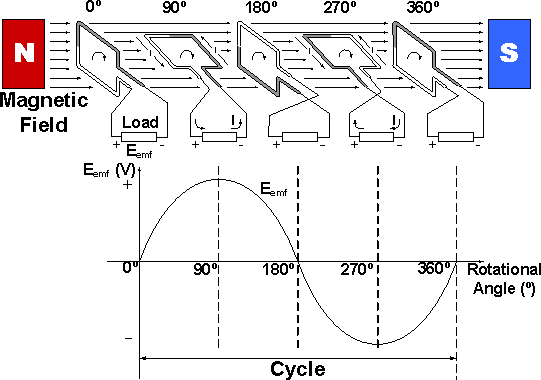 Let the magnetic field B be uniform in the x-direction, and consider a loop of wire with one turn and area A, as pictured, which is initially perpendicular to the field.
The magnetic flux through this wire is then $\Phi = B \cdot A $.
Since B is not changing with time while the loop spins, electromotive force is:

Therefore when A is perpendicular to the field, the induced emf is 0, and when it is parallel to the field and the rate of change of the flux is greatest, the EMF is greatest.

It's not the most intuitive result, but the math bears it out.

Upon reflection it seems important to give a slightly more formal explanation for why the change in flux is related to the change in "area." In the post, I glossed over this distinction by hiding it in the step where I defined area as a function of time. But this is purely mathematical bookkeeping: the quantity which is changing is more properly the flux, and the reason it is changing is that the orientation of the loop changes with respect to the magnetic field.

Not the answer you're looking for? Browse other questions tagged electric-current electromagnetic-induction or ask your own question.