How does color work? [duplicate]

I know that all object/thing made of atoms so different atoms are the source of different color.

My main question is: "How can atoms reflect different colors? Is it because electron excitation and de-excitation?" 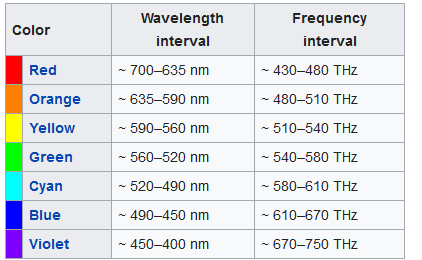 White light is not identified with a single frequency , it is a mixture of many frequencies.Viewing colors is a biological process that depends on how the rods in the retina perceive color, it is called color perception..

So it is more complicated than absorption and refection by atoms, reflections and absorptions play the primary role but the color perceived depends on biology.

Excitation of the surface atoms and molecules and deexcitations play a smaller role because directionality is lost in reemission after absorption.

2
How does color (or reflection in general) work?

3
Explanation about black color, and hence color
2
What gives substances their color?
3
Color of macroscopic objects on molecular level
3
Physics of color: why do visible colors absorb all colors except the color itself?
3
What Color Are Black Holes Really? (Yes, a serious question)
1
How come we can get mirror-like effects from dark surfaces?
4
Why does an yellow object absorb blue instead of all colors other than yellow?
1
Do objects reflect light of their own color based off constructive wave interference?
1
Yellow color, but not really - does it reflect pure yellow light
0
Why do objects reflect laser light?