Please, read the whole question. I've discussed a few contradictions and so far have not found an explanation for them.

I was reading The Feynman Lectures on Physics (vol. 1), the part where he talks about black-body radiation. When he explains the Planck hypothesis, he states that the oscillators have energy $E_n = nhf = n \hbar \omega $ where $n = 0, 1, 2...$ 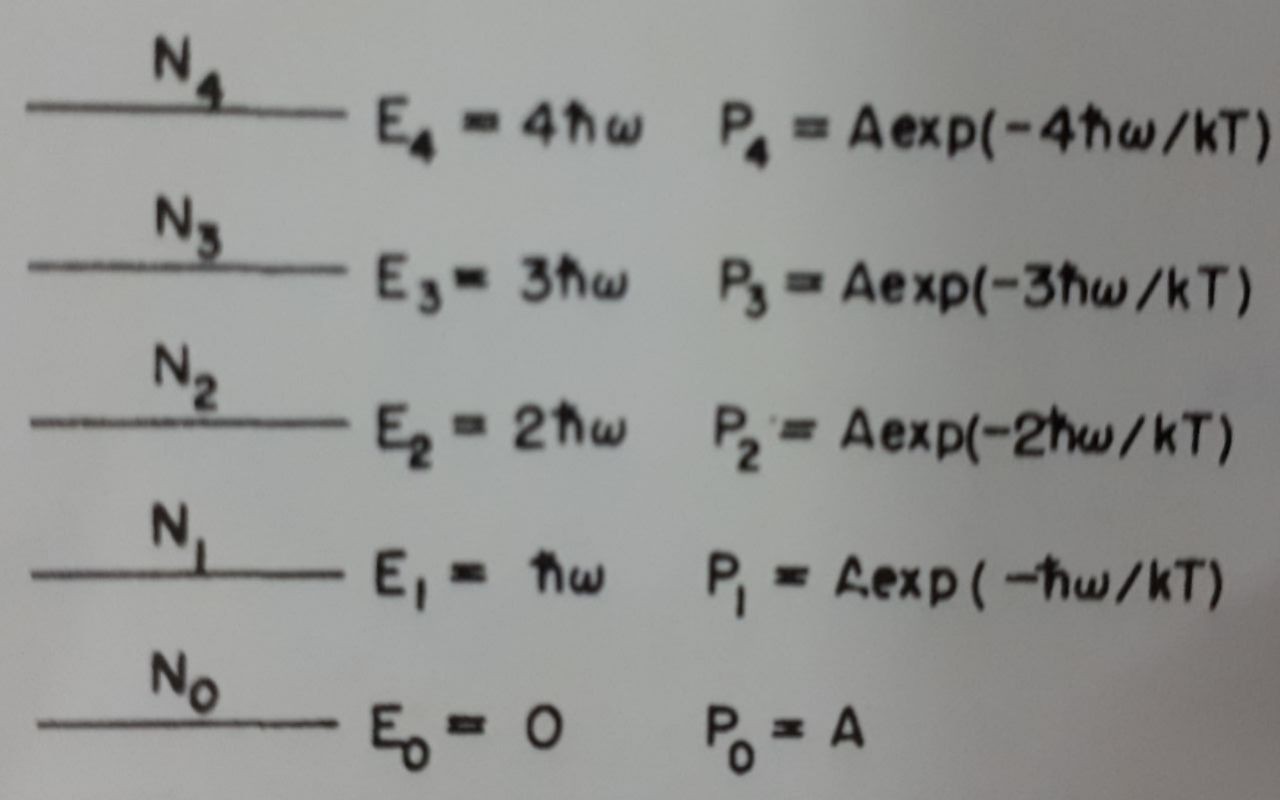 The image above shows Feynman's energy levels for the quantum harmonic oscillator.

Using Feynman's energy expression, we may use Boltzmann statistics to find the average energy per oscillator:

If we take the limit $T \to 0$, the average energy becomes $0$, and therefore the system has zero total energy.

But we know this isn't true!, since zero point energy is a very important concept in Quantum Mechanics (it even has a relationship with Heisenberg's Uncertainty Principle), and we know that the energy in the limit $T \to 0$ should be nonzero.

Using the $\left(n + 1/2\right)\hbar\omega$ energy expression, we use Boltzmann statistics to find the average energy to be:

If we take the same limit $T \to 0$, the average energy becomes $\frac{\hbar\omega}{2}$, which is a nonzero energy (the zero point energy of the quantum harmonic oscillator, as expected).

Of course, this appears to show that the two contradictory expressions are truly fundamentally different.

But the problem goes on:

Feynman goes on to derive this formula for black-body radiation, based on his results for the average energy:

Which appears to be the correct formula, as evidenced by Wikipedia's article on Planck's Law.

I tried finding anything about the average energy formula as derived by using the $(n + 1/2)\hbar\omega$ energy expression, and I did indeed find it in Wikipedia's article on zero point energy. The article claims:

In 1912, Max Planck published the first journal article to describe the discontinuous emission of radiation, based on the discrete quanta of energy. In Planck's "second quantum theory" resonators absorbed energy continuously, but emitted energy in discrete energy quanta only when they reached the boundaries of finite cells in phase space, where their energies became integer multiples of hν. This theory led Planck to his new radiation law, but in this version energy resonators possessed a zero-point energy, the smallest average energy a resonator could take on. Planck's radiation equation contained a residual energy factor, one $h\nu/2$, as an additional term dependent on the frequency $\nu$, which was greater than zero (where $h$ is Planck's constant). It is therefore widely agreed that "Planck's equation marked the birth of the concept of zero-point energy." In a series of papers from 1911 to 1913, Planck found that the average energy of an oscillator to be:

And the above image from Wikipedia shows exactly the formula for average energy with nonzero zero point energy.

And, as I've discussed before, the Feynman expression predicts no zero point energy, so it cannot (?) be correct.

How do I reconcile all of this? I am trying to search for an explanation but I'm making no progress whatsoever.

Planck's original postulate was that oscillators have energies $$E=n\hbar\omega\quad(n=0,1,2,\ldots)$$ This is also the result we obtain if we analyse the harmonic oscillator with old, semiclassical Quantum Theory. Only later did Planck add the $\frac{\hbar\omega}{2}$ term, but was a mostly just a matter of luck that it matched up with the actual Quantum Harmonic Oscillator's ground state. The actual energy formula $$E=\hbar\omega\left(n+\frac{1}{2}\right)$$ was only first discovered decades later, with the advent of proper Quantum Mechanics brought about by Heisenberg.

While it is true that zero-point energy plays an important role in Quantum Mechanics, in this specific case of thermal radiation we only really care about the energy changes, not the total energy, which is why the first formula can be used to derive Blackbody radiation with no problems.

Not the answer you're looking for? Browse other questions tagged quantum-mechanics thermodynamics harmonic-oscillator thermal-radiation vacuum or ask your own question.