How can a magnetic field exert a torque that causes a disc to rotate?

I'm confused about the premise of this homework problem:

A thin, non-conducting horizontal disc lies in the $x$-$y$ plane. The disc has a mass $m$ and a total charge $q$ distributed uniformly over its surface. The disc can freely rotate about its axis.
$\hspace{175px}$ 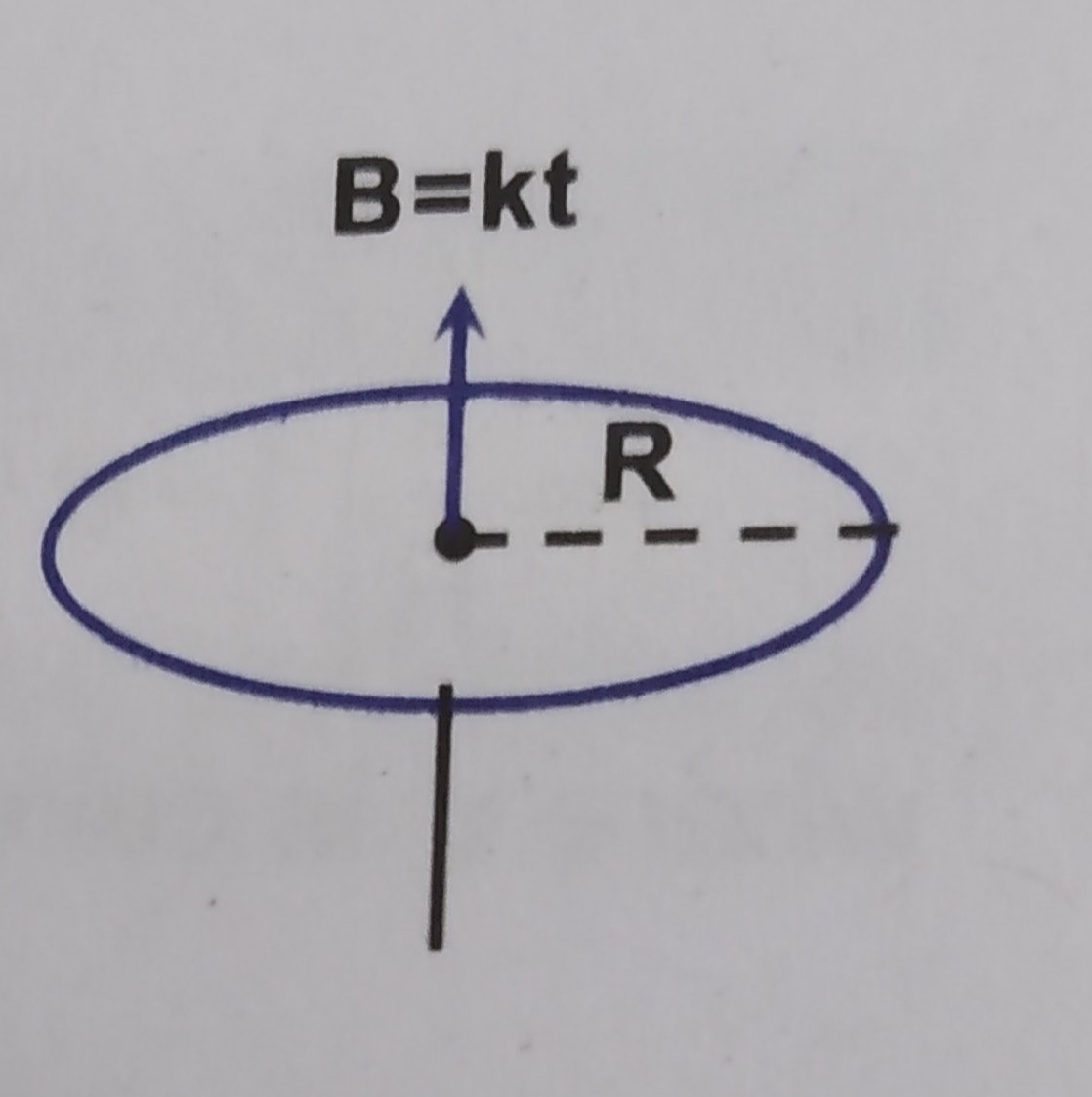 The disc is initially stationary. Then, at time $t=0 ,$ a magnetic field $\vec{B}$ directed in the direction of the $z$-axis (so perpendicular to the disc's plane) is switched on.

I have studied electromagnetic induction, and I know that an electromotive force (emf) will be generated due to the change in magnetic flux. But, how will this emf help this disc to rotate?

Question: How does the magnetic field perpendicular to the disc cause it to rotate?

In principle, electromagnetic induction is about the existence of an electric field with non-conservative circulation.

This electric field can generate a current in a closed circuit, that is to say to make charges turn !

Your knowledge of e-m induction will have enabled you to find the emf around a circle of radius r on the disc. That means you know know much work per coulomb would be done on a test charge taken around that circle. But you know what work means, so you can calculate the force per unit charge on your test charge. What do we call this?

Not the answer you're looking for? Browse other questions tagged electromagnetism magnetic-fields torque electromagnetic-induction angular-velocity or ask your own question.