If two event horizons approach each other, can I observe the collision? 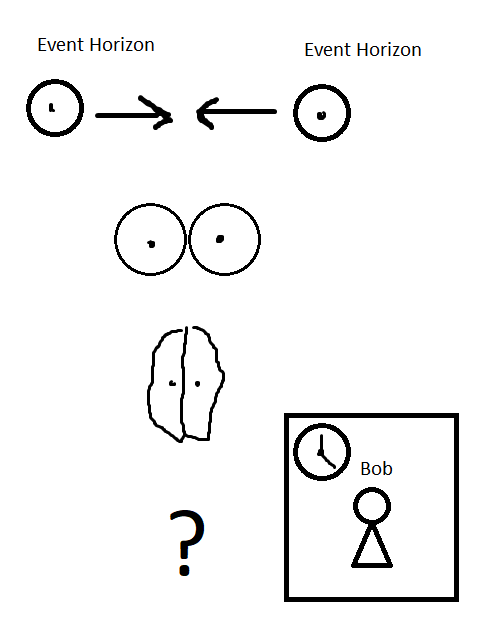 Then what happens if the two event horizon approach each other? Does it mean, in frame of outsider Bob, Bob cannot observe black hole-black hole collision since two black holes will slow down as they approach to each other. so I will only see two blackholes are slowly merging, but they will stop at their event horizon?

Growth of black holes and the no-hair theorem

includes some intuition and some corroborating pictures (with references) that give some idea of how the event horizon evolves during the merging process. The important point here is that although Bob can't "see" the event horizon directly (and therefore can't "see" the black holes directly even before they merge), what Bob can do is see light that passed close to the event horizon, say from a distant source, or even from Bob's own flashlight because light can wrap around a black hole one or more times and then return to its source. If Bob is a finite distance away from the event horizon, then it takes only a finite amount of Bob's proper time for the light from his flashlight to return to his eyes, and in this way he can (in principle) "observe" the process of the merger. For convenience, the pictures from the post cited above are reproduced here: 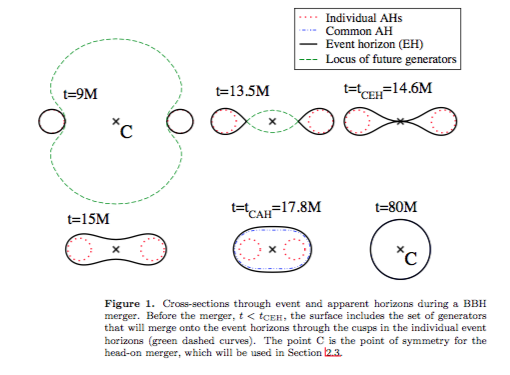 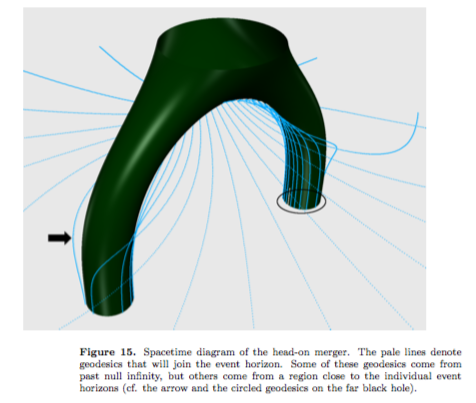 For comparison, when observing light scattered from (or emitted by) an object falling into a black hole, the divergent-redshift problem occurs when the object (the source of the reflected or emitted light) approaches arbitrarily closely to the horizon. In contrast, when using light that passes near the black hole but then escapes, there is no such divergent-redshift problem. Intuitively, the light starts with some "normal" frequency when it originated far from the event horizon, and whatever blueshift it experiences (with respect to some local hovering observer) as a result of being attracted by the strong gravity is undone by a compensating redshift when it escapes back to a large distance from the black hole, so it reaches Bob's eyes with a "normal" frequency again, as explained in this post:

Although we can't observe the immediate neighborhood of the event horizon this way, we can observe it closely enough to see that a merger really did occur. Of course, we can also observe the gravitational radiation that is emitted during the merger, including the gravitational radiation emitted during the "ringdown" phase as the resulting single event horizon settles down to its final "no-hair" state.

24
So Black Holes Actually Merge! In 1/5th of a Second - How?
10
Colliding black holes
5
Growth of black holes and the no-hair theorem
6
Gravitational lensing redshift around a Kerr black hole
2
How are the predictions of the Schwarzschild solution consistent with our observations of black holes?
1
If two event horizons approach each other, what is going to happen to one in the center?
0
Why doesn't time dilation prevent black holes from growing?