How does electron excitation relate to atomic orbitals?

Taking off from the Rutherford-Bohr model, 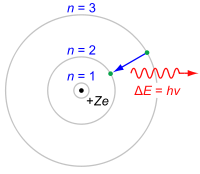 when an electron absorbs energy (from light, heat, or otherwise) it jumps to a higher energy level, or shell. Then when the electron loses that energy, it reverts back to a lower-numbered shell.

Now that the atomic orbital model is now more widely accepted, how does the above concept relate to it?

What about for other elements with more electrons? When excited, will they follow the electron placement rules as shown below? (I wonder why I couldn't find 2px, 2py, 2pz in the illustration below, but that's probably for another question) 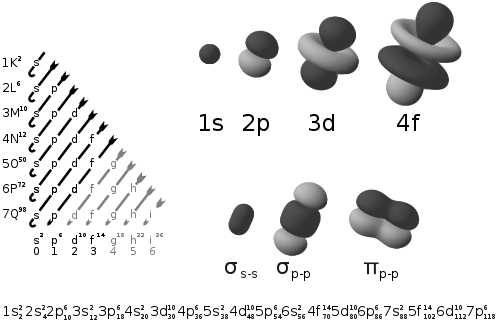 I may have some terms and concepts mixed up, so corrections will be much appreciated. Also, please keep the jargon to a minimum, if possible.

All pictures are from Wikipedia.

The Rutherford model of the atom didn't respect any quantization: it was a classical planetary model. The Bohr-Sommerfeld model had the quantization of the allowed orbit from your first picture; however, you conflated these two models and spoke about "Rutherford-Bohr" model which has never existed.

The third thing that you conflated is the actual quantum mechanical equation that describes the atom correctly - in the non-relativistic limit - while neither the Rutherford model nor the Bohr model are correct in details.

The states $1s,2s,2p,3s,3p,3d,\dots$ that you refer to on your second and third picture only exist in the correct quantum mechanical model that predicts three quantum numbers for the electron, $n,l,m$ (if we ignore the spin). The Bohr model only predicts (incorrectly) one quantum number $n$, so it would only have states $n=1,2,3,4$ and no extra $s,p,d$ labels that distinguish different values of $l$. In some sense, the Bohr model has angular momentum $l=n$ and it doesn't allow any values $l<n$ while the correct quantum mechanical models only allows $l<n$ but all of them - it predicts $l=0,1,2,\dots n-1$.

So you should recognize the different models. The Rutherford model is classical and hopeless - and only included the insight that the nuclei are smaller than the atoms. It didn't know anything correct about the motion of the electron.

The Bohr-Sommerfeld model knew something "qualitative" about the motion of the electron, namely that there was something quantized about it, but it was still too classical and it was the wrong model that only happened to "predict" the right energies after some adjustments but this agreement for the Hydrogen atom was completely coincidental and related to the fact that the Hydrogen atom may be solved exactly (and the answer for the allowed energies is very simple).

So the answer how you can see $1s,2s,2p,\dots$ states in the Bohr (or even Rutherford) model is obviously that you can't see them because the Bohr and Rutherford models are invalid models of these detailed features of the atom.

If you decided to learn quantum mechanics and abandoned the naive ideas such as the Rutherford and Bohr-Sommerfeld models, you could also discuss other properties of the electron states in the Hydrogen atom. For example, the states $2px, 2py, 2pz$ from your first picture are particular complex linear combinations of the usual basis of states $2p_{m=-1},2p_{m=+1},2p_{m=0}$. In fact, $2pz=2p_{m=0}$ while $2px\pm i\cdot 2py = 2p_{m=\pm 1}$, up to normalization factors.

Hydrogen (and hydrogen-line atoms like $He^+$) is a two-body system and for it we can solve the Schrödinger equation analytically and thus obtain wavefunctions for electron orbitals that are known as 1s, 2s etc. It is a natural idea to use these orbitals to approximate electronic structure of other atoms and it works not so bad for smaller ones. However, every electron added to the atom will influence distribution of other electrons.

For example: Helium has 1s2 configuration which means there are two electrons of equal energy. However, it the energy 24.6 eV is needed to remove the first electron and 54.4 eV for the second.

Based on the quantum theory each orbital has a fixed energy level meaning that only a specific threshold of energy is required to excite an electron in that orbital. As for hydrogen the electron is always located in the 1s orbital if you excite the atom you will ionize the hydrogen and it will become a proton or H+.

Not the answer you're looking for? Browse other questions tagged quantum-mechanics energy atoms orbital-motion or ask your own question.