How accurate are Mayan astronomical “ephemerides”?

Because of the hype surrounding the "end" of the Mayan calendar (along with the usual cultural relativism and Western guilt) it is nearly impossible to find an objective quantitative assessment of the accuracy and sophistication of Mayan astronomy.

Specifically, how accurate were there "ephemerides" in their time, and extended into the present? Most popular descriptions suggest that we understand enough of their models to apply them to present times, but could we really use them to, say, predict the time of a sunrise or the right ascension of a planet. If so, with what accuracy?

I'm not sure what you are looking to know in your question. There are many problems with specifying a date/time centuries in the future and saying XXXX body will be at RA YYY, DEC ZZZZ.

The Mayan calendar was primary designed to predict seasons much like most calendars. The basic elements of the Mayan calendar had little to do with astronomy and much like our Gregorian version requires lots of tweaks for astronomical observations.

About the only thing you could compare is how well does it approximate a year. Currently we know that it takes the Earth 365.2422 days to orbit the sun. The Gregorian Calendar method works out to about 364.2425. The Mayan Calendar works out to be about 365.2420, which is pretty good. The problem is their starting point is much further in the past so predicting into the future produces larger errors.

So if you wanted to use it as a timebase for astronomy it would require less correction than the Gregorian Calendar. However this is a bit abstract because most celestial catalogs are computed with J2000.0 as a reference (which in Mayan using their ~3114 BCE baseline would produce a large error).

And the problem is compounded because this number is not constant. When tropical year measurements from several successive years are compared, variations are found which are due to nutation, and to the planetary perturbations acting on the Sun.

And they were well documented and dated. However just like the system we use today there are many inaccuracies that require corrections.

EDIT: First off I know very little about Mayan observations in the Dresden Codex. So for fun I just did an approximation based on commonly accepted numbers (above). This is not a real calculation because I don't know exactly how to convert Mayan to Julian Date (there seems to be some controversy there) and no one knew until recently many of the effects that throw off these estimates which are not included in this calculation. Not to mention planetary prediction is much more difficult because their orbits are also irregular. And I also don't know when their catalog was made (or even if they made a catalog as it seems most evidence is circumstantial), so I'll assume a start date of their observations as 01/01/890 bce. The delta between that start point and 01/01/2014 is about 1,060,308 days. As a very rough estimate if they recorded the position of Venus and Mars the error would be: Mars: 67690 days in error Venus: -1191.8 days in error

For more interesting and accurate information read the analysis of the reverse engineering of the Dresden Codex and also this analysis. However using their observations to project to today is pretty futile even when reverse engineering they found errors on the order of days in some cases.

Here is a description of an analysis of the mayan calendar you might find useful.

Now, however, research conducted by Gerardo Aldana, associate professor of Chicana and Chicano Studies at UC Santa Barbara, suggests that the GMT constant –– which has never actually been proved conclusively –– could be inaccurate by 50 to 100 years, or more. Aldana's findings challenge the accepted Gregorian dates of all Classic Mayan historical events,

You could start from there and chase up references if interested.

Not sure, how quantitative answer this is, but they were able to calculate the movements of the sun to predict shadows over a 1000 years into the future. They built a pyramid that casts a shadow resembling a wiggling snake, during the spring and autumn equinox.

Wikipedia on the building 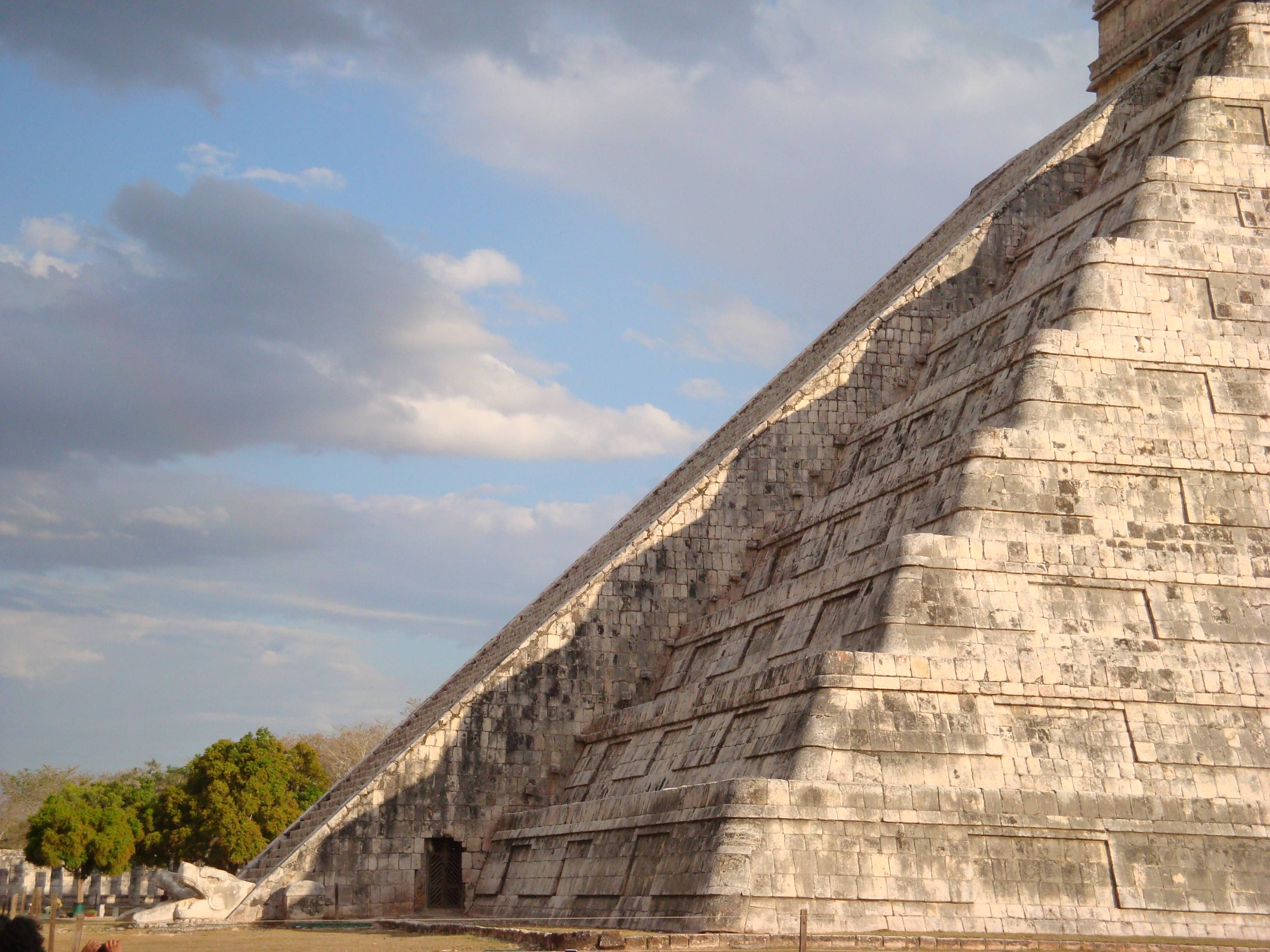 Found some more quantitative data - their predictions of Venus' motion where off by 2 hours over 548 days [Source]. However from what I understand they did it using simple (and very labours) pattern matching, not by understanding the physics of planetary motion.

Although this is not a direct answer to the question, it may help provide some background to the recent interest.

The recent interest in the Mayan calendar, is because it is turning over a high-order digit, although because we have not properly aligned their calendar, it is variously 2005 and 2012 or something.

The mayans apparently had a fairly exact calendar, but custom kept the various day-cycles rolling. Of some interest is that they are one of the few cultures to have a cardinal, rather than ordinal, calendar: that is, they counted the days and months past, ie 0 m, 0d. Most cultures are forward-looking, and count by the ordinal (or part-thereof) count. So the first day is in the first month, does not mean that either one day or one month has past, but the first of each is partly used.

The "Millenium" argument runs like this. At some point, when the calendar changes over in a high digit, a new 'age' begins, and the old 'age' is tossed out. The 'new age' is supposed to bring enlightenment to the faithful. The whole point of calenders is then to count forward to this new age. The 'age of aquarius' thing is of the same vein. Although we are in the age of aquarius, it just means that the spring equinox has progressed through the sign of pieces and is now in aquarius.

One should not doubt that both man-made and natural changes might be bring in a 'new age'. The English reformation, the rise and fall of communism and of protestism, and assorted invasions are man-made events. Natural events are the like of the volcanos that introduced the dark ages of 687 BC and 535 AD, a failure of climate, which brought desease, and various quests to 'bring back the old days' (Jason and the golden fleece, and Authur and the holy grail).

However, these events did not wait for some calendar to roll over to 1000 or 2000. The year 1000 AD, watched at the time for a similar event, came and went as did 2000 AD, and the roll-over of the columns in the mayan long-day count. The Y2K problem is directly connected to this, because it was relying on the assumption that the last two or three digits will go on 'for ever', so '99' is bigger than '60', but '01' is smaller.

Not the answer you're looking for? Browse other questions tagged astronomy history or ask your own question.

3
2012: Is there some astronomical event happening?