I am reading "Particles and nuclei : an introduction to the physical concepts / Bogdan Povh" and on page 44 of the book there is a section about the geometric cross section in a idealised scattering experiment. The experiment consists in firing a beam of monoenergetic particle against a target of width $d$. The author affirms that the rate of reaction of the collisions of the particles is given by: $$\dot{N} = \Phi_a * N_b *\sigma_b$$ where $\Phi_a$ is the flux of incident particles and $N_b$ is the number of target particles and $\sigma_b$ is the cross sectional area of each target particle. I am not sure how does this follow. I know that $\Phi_a = n_a \cdot v_a $, where $n_a$ and $v_a$ are the density and the velocity of the incident particles respectively. 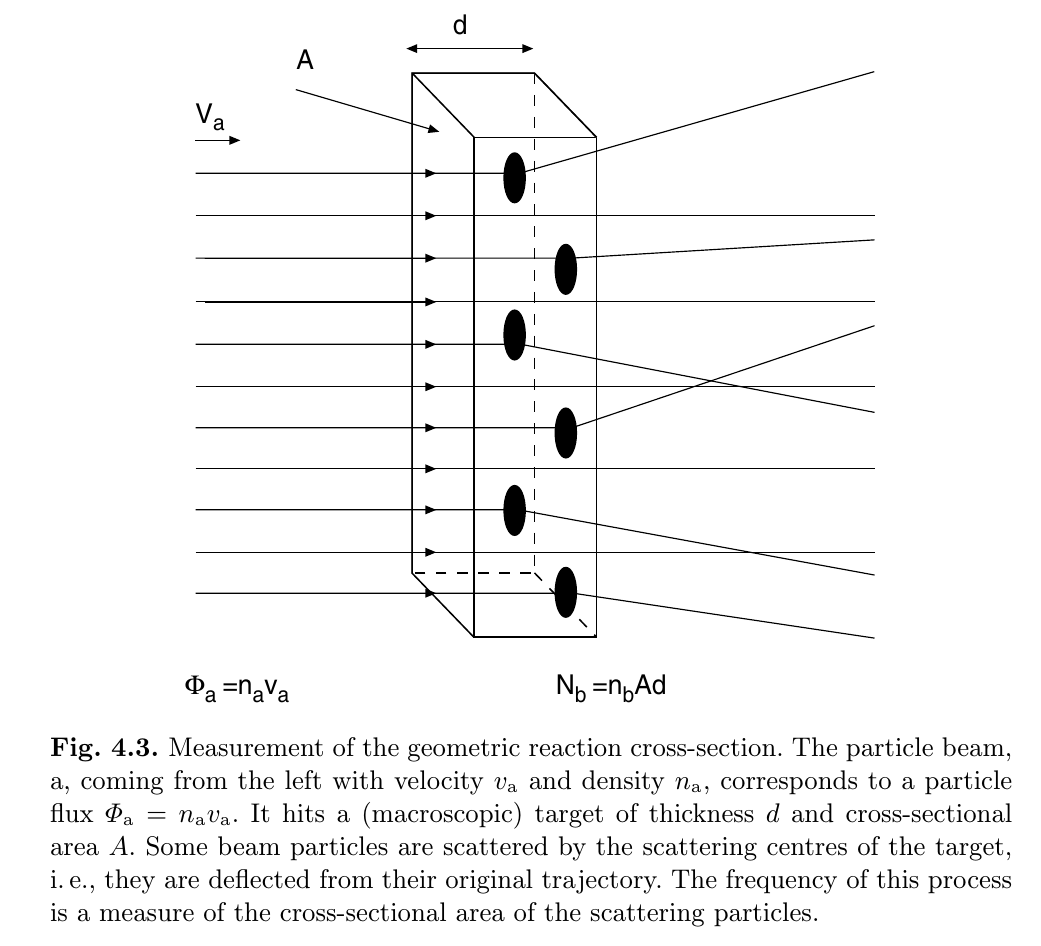 The collision rate is the product of two factors: the rate of particles incident on the target $R$, and the average number of collisions $N_{coll}$ of a single incident particle as it travels through the target. So $\dot{N}=RN_{coll}$.

Combining all of this, we have:

Not the answer you're looking for? Browse other questions tagged nuclear-physics scattering scattering-cross-section or ask your own question.

8
Do small-angle coherent scattering experiments really see coherent effects over arbitrarily large distances?
0
The basic probabilistic relation of collision theory
8
Why the cross section can be obtained directly from the stationary scattering states?
0
How could the collision cross section be a probability?
0
In particle physics what is the derivation of the mean free path length: $\ell=\frac{1}{n \sigma}$?
0
Relation between Decay Rate and Annihilation Cross Section