What is prime focus of a telescope

Telescope here refers to a system of two convex lenses. In one of the problems I wanted to solve, it is given that "a Barlow lens of focal length $f_{b}$ is placed at a distance $D < f_{b}$, from the prime focus (and toward the objective lens) ." What is prime focus of a telescope ?

In your example the Barlow (diverging) lens (system) can be thought of as producing an objective with effectively a larger focal length than the objective alone.
A real intermediate image due to the objective is not formed rather it acts as a virtual object for the Barlow lens which produces a real image as shown below in a new focal plane. 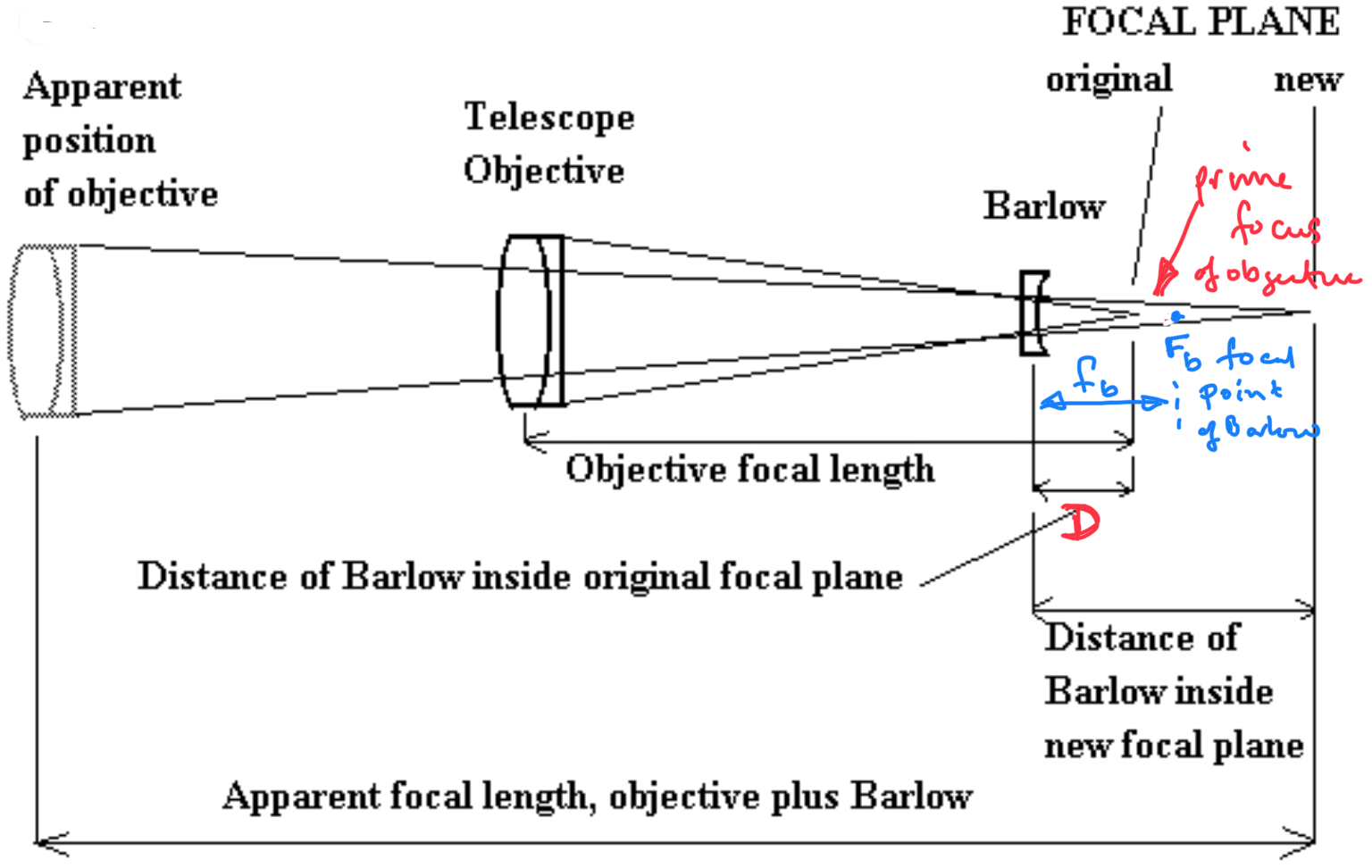 0
Do I need to focus the telescope?
4
Why do focal lengths affect magnification?
5
Why do powers of lenses get added?
3
Keplerian Telescope Exit Pupil Location - Whats the Basis for It's Formula?
1
Calculating the diameter of Jupiter through an image
0
How can I make a Telescope with the lenses I have
0
What is the optical Lagrange invariant of an afocal system?
0
How does a diverging lens in a Galilean telescope form an image at infinity when its object is at its focal plane?
1
Why are the lenses of a Keplerian Telescope positioned the sum of their focal points apart?