Does the friction between the tires of a bicycle and the ground increase as speed increases?

There may be data out there for bike tires, but most of what I've seen has been for car tires. Most rolling resistance is due to hysteresis in the rubber, i.e., losses because energy is dissipated into heat as the tire flexes. The sources of information that I was able to find gave seemingly contradictory claims about the variation of rolling resistance with velocity.

I would tend to believe the Andersen thesis, since he did some very elaborate regression analyses to try to disentangle different variables. Or it may be that there is no universal behavior here, and the results just depend on complicated factors like the type of rubber, hence the seemingly contradictory claims. 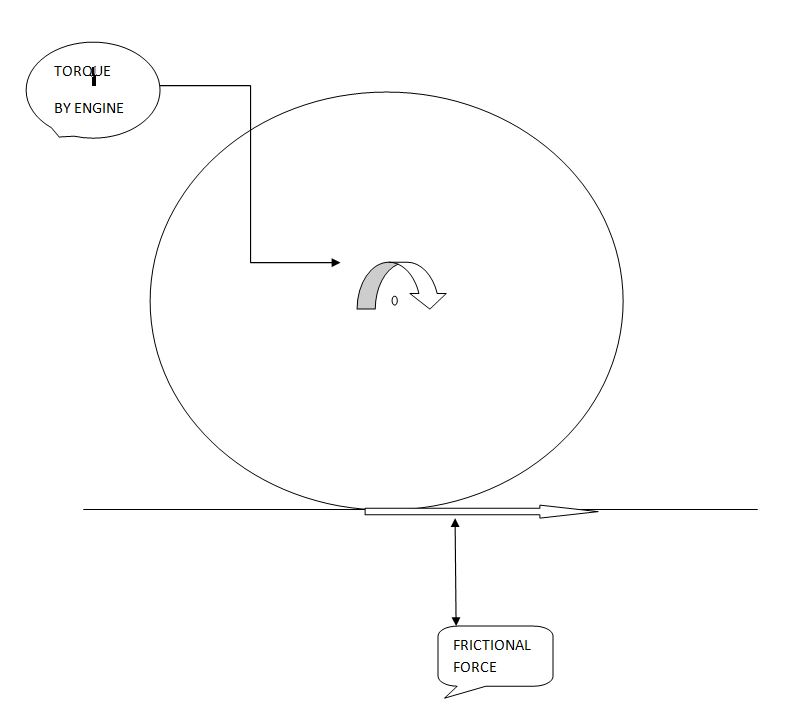 see the figure and you will understand. the horizontal acceleration is only depended on frictional force. thus as speed of tyre is increaseD ,THERE IS ACCELERATION.

2. if accelerations if also increasing with time , then only frictional force will increase. otherwise there is noT .

3. NOTE: IN IDEAL SITUTIONS THERE WILL BE NO FRICTION ACTING ON WHEEL IF IT MOVES WITH UNIFORM SPEED.

SINCE BICYLE GIVES TORQUE TO THE WHEELS , THUS YOU WILL NOW GET MY POINT.

Not the answer you're looking for? Browse other questions tagged newtonian-mechanics forces rotational-dynamics friction or ask your own question.

5
What is the relationship between rolling resistance and velocity?

17
Does the force of kinetic friction increase with the relative speed of the objects involved? If not, why not?
1
What is the friction between cylinder and wall (ground)?
8
Is it correct that tires quickly get bald when used at high speed?
1
How does static friction increase with increase in the applied force?
1
Does more surface area mean more traction?
4
Why do racing tires (slicks) provide more traction with the road?
0
Static friction force increases or decreases with increase in inclination until impending of motion?
10
Does the mass of a bicycle directly affect stopping distance?