Precisely because of the reason you have put forward,

the Lorentz transformation for a scalar field $\phi(x)$ is usually written as:

So that you leave your coordinates $x$ fixed.

Hence, your expression is correct, but it’s in terms of the rotated coordinate system $x’$. You can just write $x = \Lambda^{-1} \, x’$ in the RHS and get to my expression.

For clarity, the last expression may also be written as:

Sure. That's because vectors do not transform in the same way as scalars. A good example is the electric field.

Imagine an infinite possitively charged plane along the $y,z$-directions (a vertical plane). 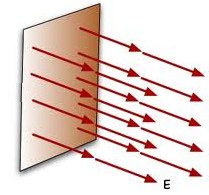 It creates an $\vec{E}$ field in the $x$ direction, as in the picture above.

Now suppose you turn 90 degrees around the z axis. Then you expect 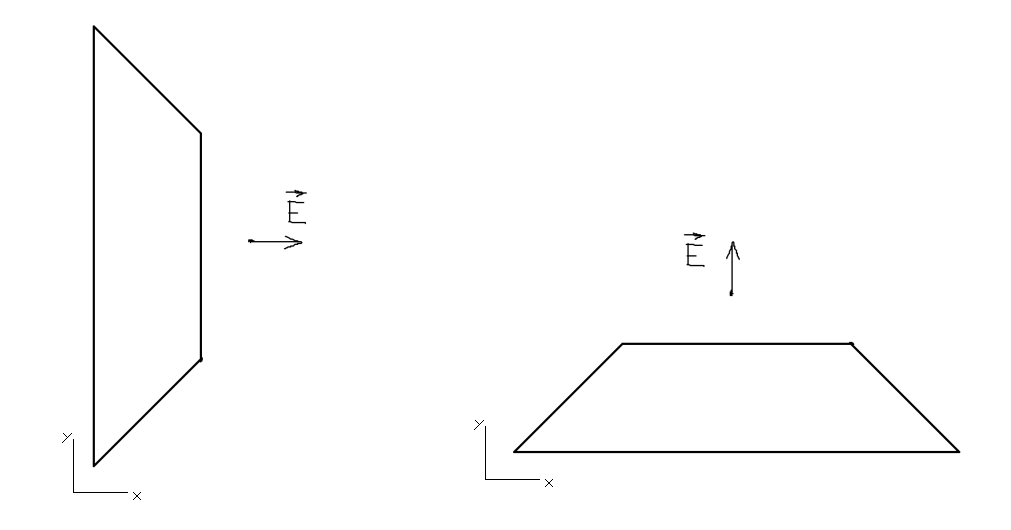 Because physics are invariant under rotations. However, if you try to apply the same rule as with scalars:

You would get the same "$\rightarrow$" vector, above the plane, whereas you know that now the vector is upwards, "$\uparrow$".

Mathematically, the original $E$ field was $E\cdot\hat{x}$. That would be saying that the new electric field is the same $E\hat{x}$, but dispolaced to the new point. That means translating the $\rightarrow$, but you actually want the $\uparrow$.

So you see that this method fails. That's interesting, but why? The reason is simple:

Physics are invariant under rotations, but full rotations. What you're doing is rotating everything except one thing: the reference frame.

Indeed, if you also rotated the axes, the result would still be $E\hat{x}$, but now $\hat{x}$ would be upwards as well, so you'd get what you're looking for.

That would be a "full rotation", everything has rotated, so physics should not be different. But of course, if you only rotate part of it, it changes it all.

So what do we do? We use infinitesimal generators, because we know that it works.

You can also deduce the roattion matrix by other means, but that's just mathematics.

It's actually two separate transformations that you do. The one is a change of basis in the tangential space (under which scalar fields remain entirely unchanged by definition), the other one is that you re-express the coordinates that these fields may depend on. Normally you do both together because otherwise it's pretty impossible to interpret the quantities that you have.

However, in GR people sometimes don't do the second transformation because while the first is linear, there are cases where you cannot explicitly solve a coordinate transformation for the new coordinates. So you may well end up having, eg, a metric tensor in one coordinate basis as an implicit function of other coordinates.

Not the answer you're looking for? Browse other questions tagged field-theory coordinate-systems lorentz-symmetry vector-fields poincare-symmetry or ask your own question.