What are "large hadrons"? Are there also "small hadrons"?

The difficulty with Cern's proposals for a larger Large Hadron Collider is that no one knows what energies will be needed to crash large hadrons together to discover the enigmatic, super particles that hold the keys to the new realm of particles.

Cern hopes that its step-by-step proposal, first using electron-positron and then electron-large hadron collisions will enable its physicists to look for the ripples created by the super particles and so enable them to determine the energies that will be needed to find the super particles.

Do hadrons fall nicely into the two categories large and small? Is the way that the term large hadron is used in the article how particle scientists generally discuss experiments?

I'm (creatively) imagining the following sentence "We're not going to be able to do the experiment with these small hadrons, we're going to have to use the large ones."

The article is either a joke or a gross misinterpretation of the name “Large Hadron Collider”. The name refers to the physical size of the device. It is a “large” hadron collider, not a “large hadron” collider. There is no categorization of hadrons into “large” and “small”.

I cannot resist providing this quotation from a certain novel... 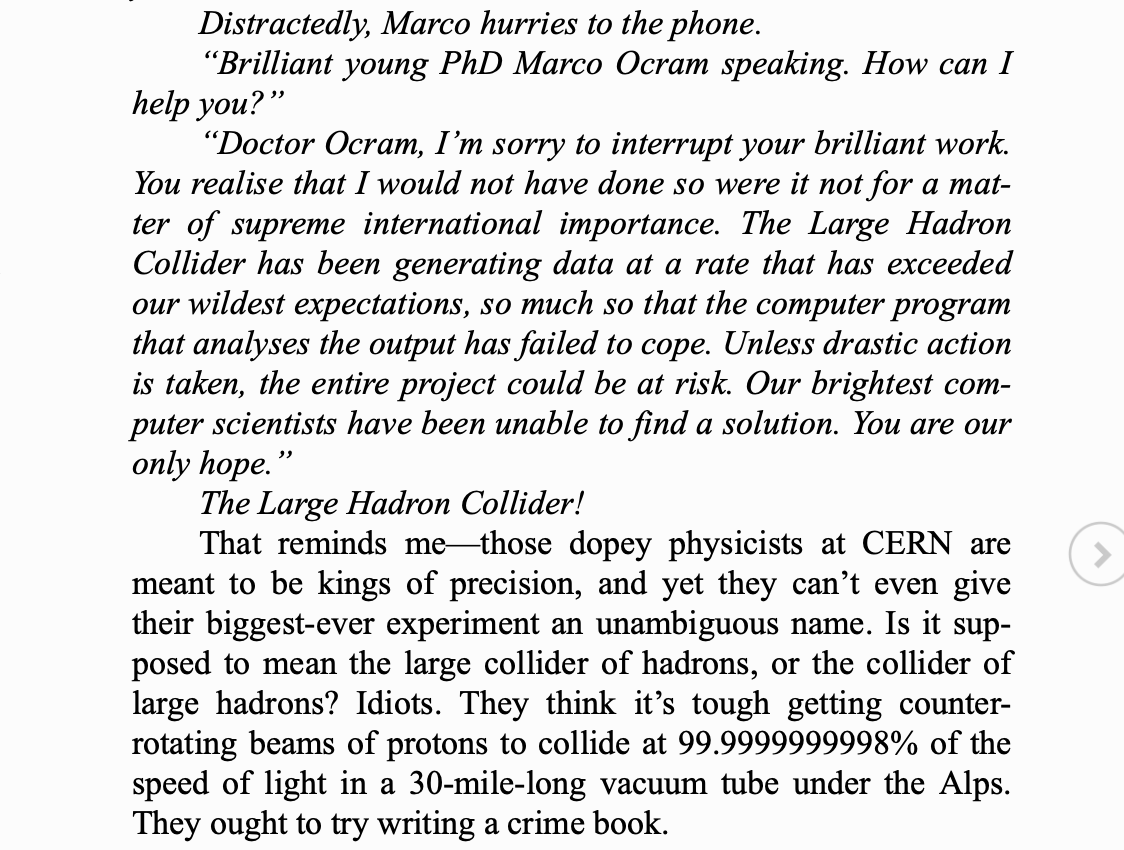 You could almost say that mesons and baryons could be small and large. But I agree with Riley. There is no such term as a small hadron

Not the answer you're looking for? Browse other questions tagged particle-physics terminology large-hadron-collider or ask your own question.

0
What really is the future about the Standard Model
10
ATLAS Higgs Interpretation
1
What are hadrons anyway?
17
What would happen if Large Hadron Collider would collide electrons?
6
Are there any Meson colliders?
2
What are transverse momentum cuts for?
1
What are isolated and non-isolated electrons/photons in trigger menus?