While flying over Rome we noticed that during sunset, there was a green color between the red and blue of the sunset sky. What causes it? 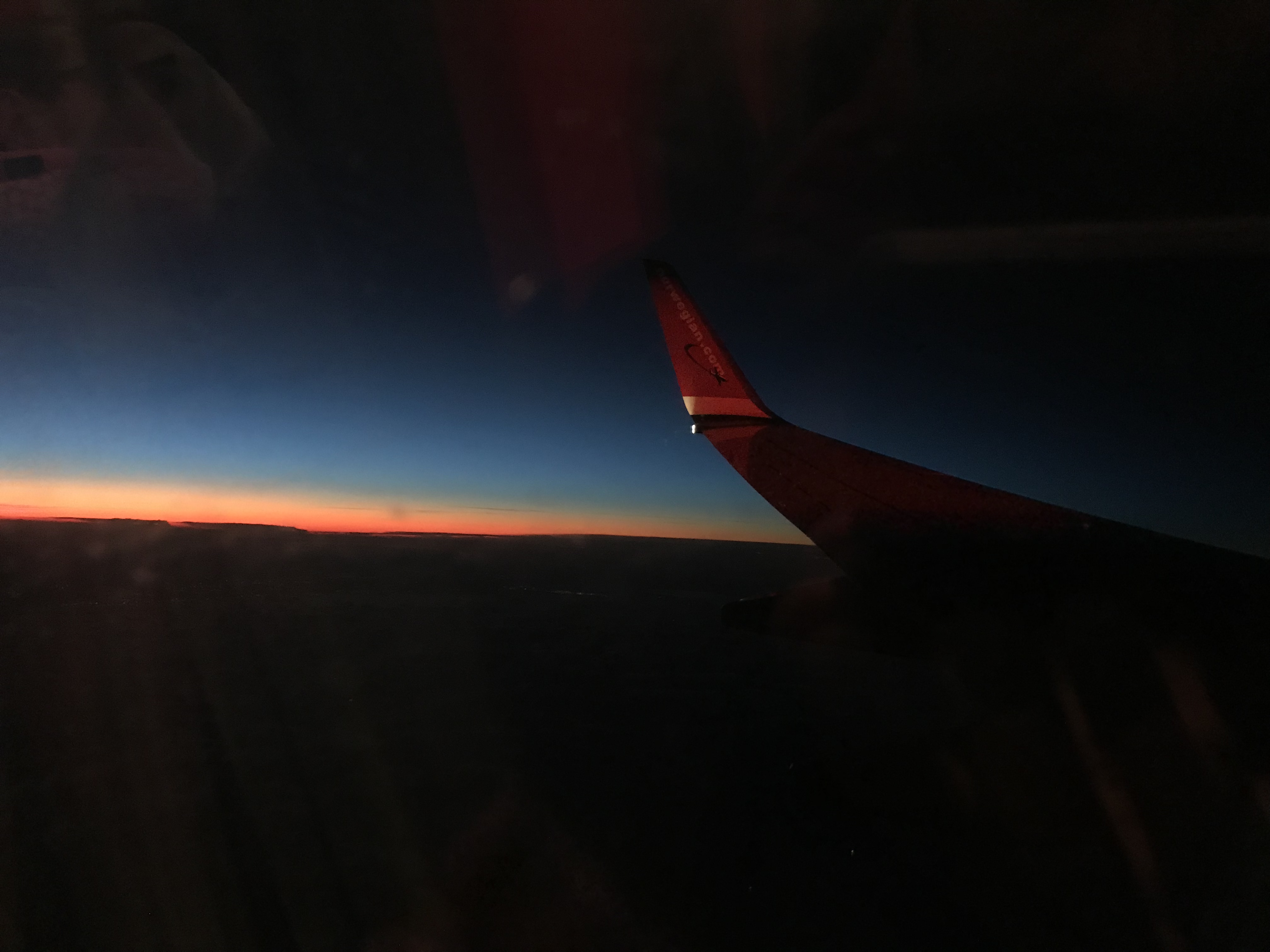 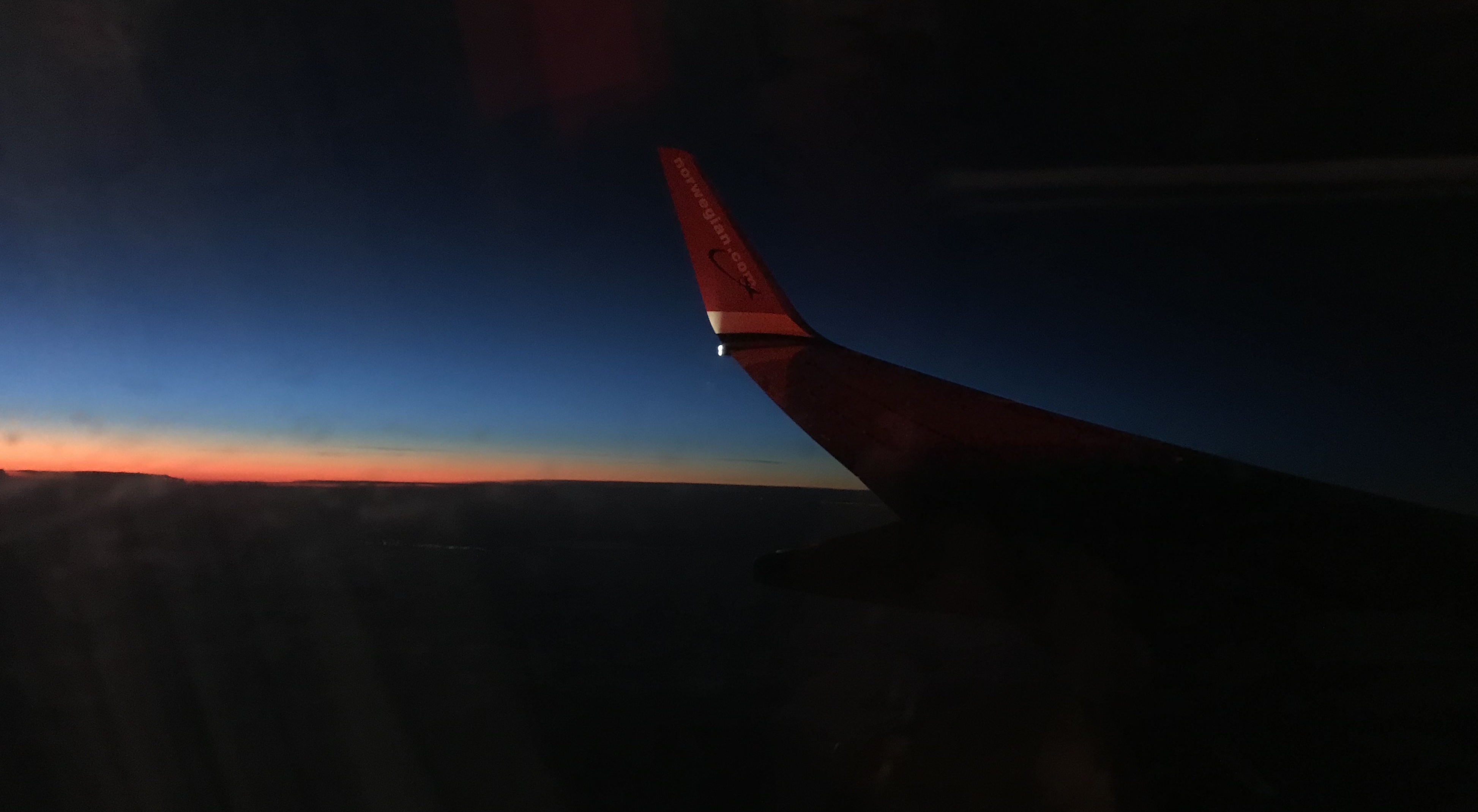 The picture has only been trimmed and not edited. The green is visible when the red or orange tapers off into the blue. Is this different from what causes the green flash? We were flying from Rome. 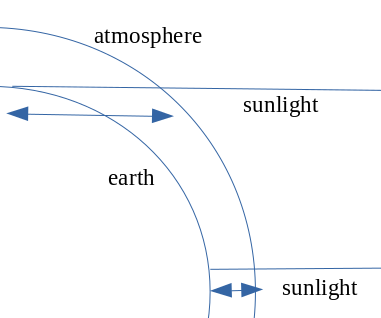 Firstly, the locations where wou were flying over is not a determinant to this phenomenon. When sunset, the sunlight crosses a larger distance through the atmosphere to get to earth than midday for instance. This distance is the reason why we see the sky on the horizon as orange. Molecules of air and particles change the direction of light also known as "scattering". The scattered light rays would have different wavelength which will appear as different color than midday sky.
The phenomenon documented by you shows the spectrum of light scattered by the particles in the troposphere and stratosphere. The spectrum is as the rainbow with orange being a bigger chunck which is due to the longer distance of sunlight through atmosphere (as shown in the figure).

very nice pictures by the way.

Not the answer you're looking for? Browse other questions tagged optics visible-light everyday-life atmospheric-science or ask your own question.

65
Why is the sky never green? It can be blue or orange, and green is in between!