Is natural frequency of an LC circuit equal to angular frequency? Why don't the units match?

When I was reading the LC circuit in my textbook I came across the derivation of equations of instantaneous charge and current. 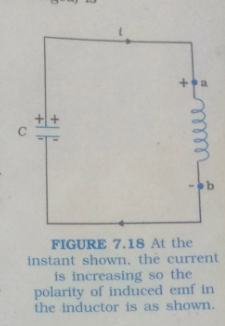 Which is no problem, but when I got to the derivation to current, it said something like

Which I don't quite understand.

So, basically, it's saying that angular frequency is equal to just "frequency", which contradicts the fact their units are different. How can this be true?

Then again, one might ask, how current can oscillate "angularly"?

And also of course, the Wikipedia page on LC circuits.

To summarize, I just wanted to know few things:

Also, I think I'm missing something, probably my basics are not so clear.

So my question is , are both natural frequency and angular frequency the same thing ?

Natural frequency, also known as eigenfrequency, is the frequency at which a system tends to oscillate in the absence of any driving or damping force.

This is an angular frequency not a frequency. This is common practice in all areas of physics/math/engineering etc. The frequency $f_0 = \omega_0/(2\pi)$ and this is equal to $1/T$, where $T$ is the period of oscillation.

When dealing with oscillating or periodic equations governed by a term like $\sin(2\pi f t)$, the scale factor of $2\pi$ ensures that the function complete one cycle when $t$ completes one frequency. $f$, not $2\pi f$ is the quantity that most naturally relates to a physical measure of something (exception = rotational motion where $\omega = d\theta/dt$).

Radians are defined as the arc length over the radius: $\theta=\text{ arc length}/\text{radius}$. But both can be kept in any units and you would have said that this is dimensionless. Essentially it is.

People could measure $\theta$ this way, or by degrees, which are two completely different methods, explaining the same logic. In physics, angles are generally measured in radians.

So when you say $f=\omega/2\pi$, $\omega$ is describing the same logic $f$ does, except in an angular context.

In this way, you could relate $\theta$ measured in radians and degrees as follows:

This is the comparison between mechanic system ( spring - mass system) and LC - oscillator. 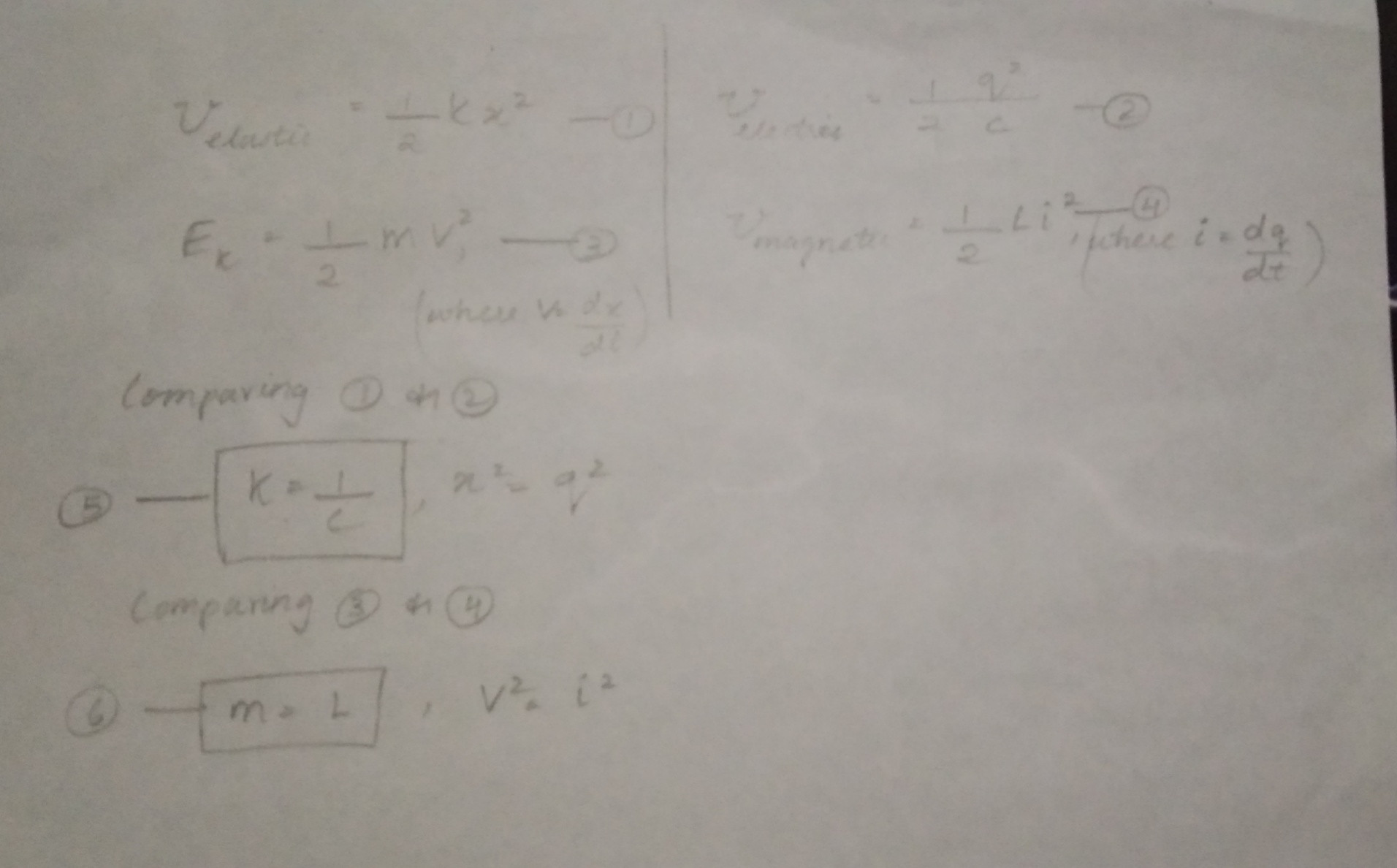 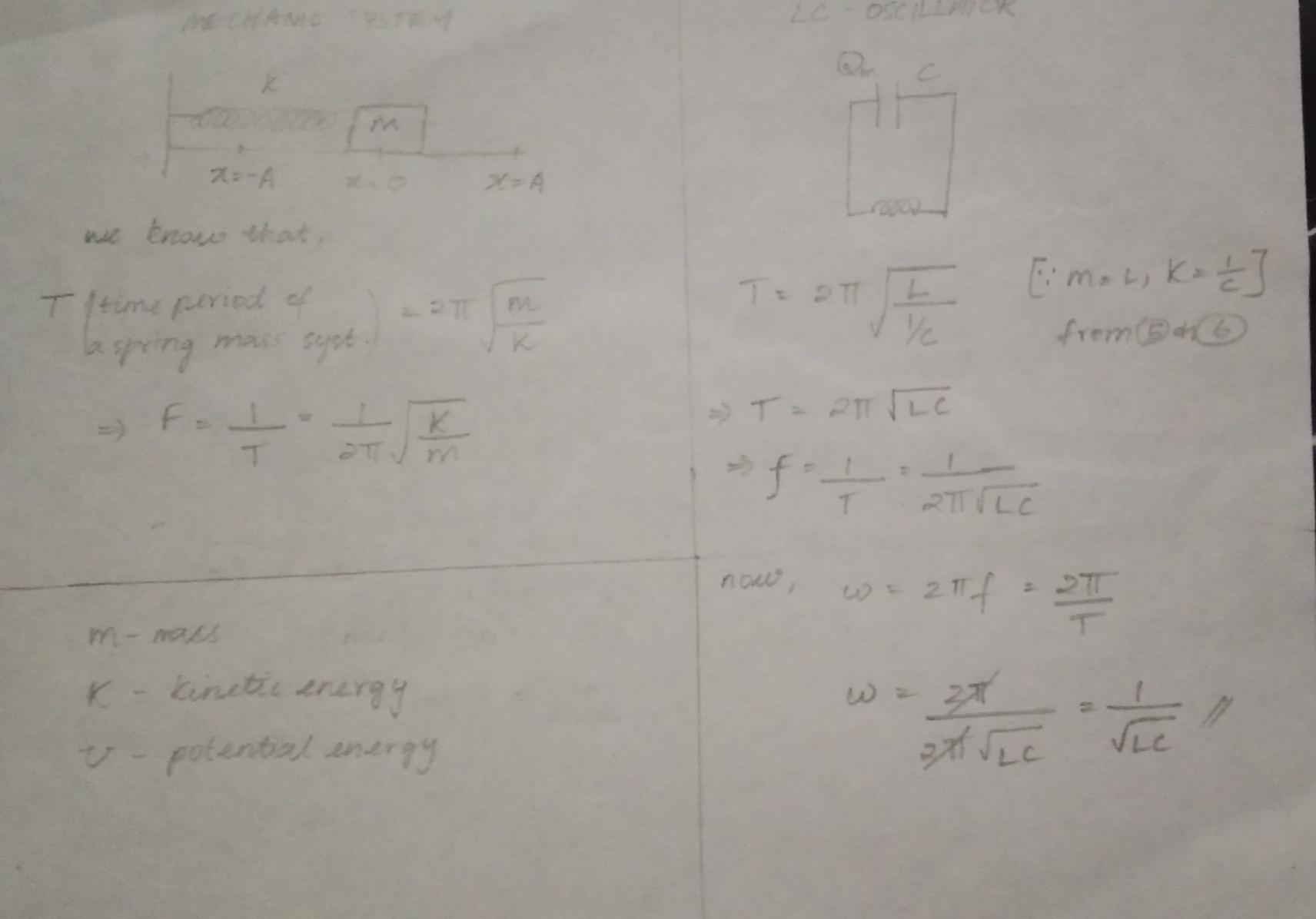 Not the answer you're looking for? Browse other questions tagged electric-circuits frequency oscillators angular-velocity si-units or ask your own question.

52
Why are angles dimensionless and quantities such as length not?

0
Oscillations of LC Tank circuit connected to a DC Source
5
I tested the RLC circuit natural frequency formula, and I'm getting the exact opposite result. Why?
7
Inductor and Capacitor in Parallel
0
What is the relationship between the complex frequecy of a RLC circuit and the half power frequency of it?
0
Damped harmonic oscillation (LC circuit)
2
Calculating the differential equation associated with an LC circuit
0
Relation between initial current and current amplitude in $RLC$ circuits