why do fluids become less dense when heated?

So let me show you an example. In fluids , there are molecules ant atoms which are held together by molecular forces (however small they may be, its still there. And that us why a molecule here can't to a different place say miles away because other molecules are holding it. 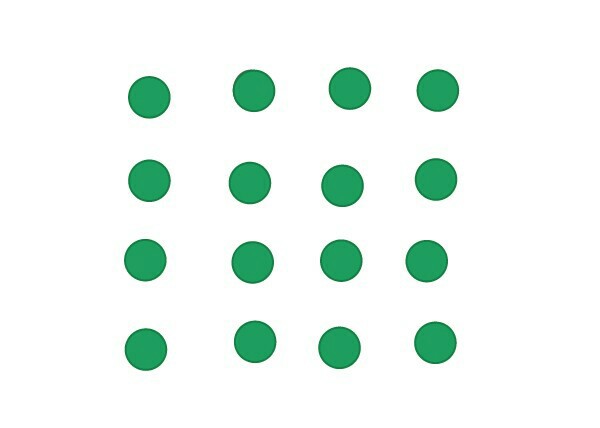 Now they are well arranged in a definite region of space here in 2D but in reality its through a volumetric region. Now the position of these molecules is so well defined because they experience a force of interaction from every other molecule present and thus are in a definite potential energy and can't thus wander anywhere(other than the space around them) on their own as have lesser kinetic energy to overcome intermolecular force.

But on heating we are providing them energy and what happens when a molecule is energized ( let's for simplicity take example of two kids First Kid: He is lazy which means he has low energy and thus wants to sit at a single place not trying to roam around and play. That is the Second kid : He is energetic and thus tries to sped his energy by roaming around everywhere. That is what happens when we heat the molecules. We give them energy that us we increase their kinetic energy)

And what happens when they have more energy... Well simple they move apart because they exert more push on adjacent neighbouring molecules

That is what their arrangement would look like on heating : 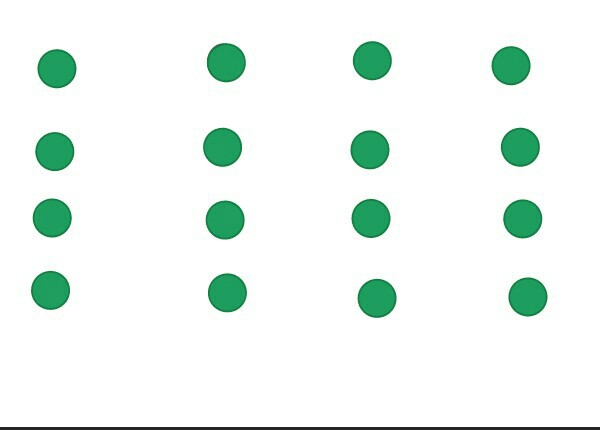 Thus if same amount of mass is present in a less space region then wee must conclude that density is large. Isn't it ??

This in 1st Case the molecules occupy a less space/volume and thus have more density.

But in 2nd case the molecules are far apart and hence are less dense.

And remember that mass doesn't change when you heat something, only space b/w molecule change. That means no of atoms will always be same but density changes because they occupy different amount of space in both cases.

Hope it helps.. If you gave any further doubt then ask in comments. Your stack buddy :Wasayansi.

Statements about expansion of materials under heating, actually refer to the behavior of molar volume when temperature is increased at constant pressure. Such information is encoded into a number, function of pressure and temperature: the thermal expansion coefficient ($\alpha=\left. \frac{\partial{v}}{\partial{T}} \right|_p$).

Experimental values of thermal expansion coefficient are usually positive. However there is no general constraint on the sign of $\alpha$, while other quantities like specific heat or isothermal compressibility must be non-negative if the system is at thermodynamic equilibrium. And actually, some materials show a negative thermal expansion, in the solid or in the liquid phase. The most important material which exhibits such a behavior is water. At normal pressure, between the melting point and 4 K above it, density of water increases, instead of decreasing.

After clarifying what is the real experimental situation, the question can be rephrased as why most of the materials in a large part of their phase diagram have a positive thermal expansion.

In the case of solids at low temperature, the most important reason for thermal expansion is the asymmetry of typical interatomic potential. Good answers stressing such mechanism have already been given ( see What is Thermal expansion? and even better Why solids expand on heating ). However, one has to bear in mind that in addition to this mechanism, in a solid at higher temperature also the formation of defects palys a role. Similar mechanisms are in place also in the case of a dense liquid (a dense liquid, say a liquid close to its triple point, is characterized by a local structure very close to the one of its solid phase).

In the case of a gas, the role of the interaction is much less important and kinetic considerations play a more important role. If one refers to the limiting behavior of the perfect gas, the equation of state says that $$ v = \frac{nRT}{P} $$ which implies $\alpha=\frac{nR}{P} > 0$ without exceptions. The reason is that in the perfect gas regime, pressure has a purely kinetic origin. It can be related to the frequency of collision of molecules with the walls of a container. Frequency of collisions is proportional to temperature and size of the container. The higher is the frequency, the higher is pressure. If pressure has to be kept constant by varying the volume, the volume has to increase in order to keep the frequency of collision against the wall constant.

The situation for real gases (non exactly described by the equation of state of the perfect gas) remains close to the limiting behavior.

In fluids, upon heating, the intermolecular forces are much weaker as the molecules are susceptible to move around more freely due to their increase in energy. So it is like their spacing between each other is comparatively larger than in solids. Hence, their density reduces.

Density of solids and liquid would be more or less similar. There would be a slight increase for a liquid. For gases, since their intermolecular forces are less predominant as in solids, their density will be much lower.

A notable exception is ice which as lower density than water (because of the hydrogen bonding that forces an open structure). If you have heard before, the maximum density of water is at 4 degrees celsius. If you cooled water to ice from that point, you would have expanded that amount of water by over 9 percent, indicating that ice would have less density than water.

Not the answer you're looking for? Browse other questions tagged thermodynamics fluid-dynamics density or ask your own question.

10
Why solids expand on heating
2
What is Thermal expansion?

1
Thermodynamic process when nebula is heated
3
Why is ice less dense than water?
3
The thermodynamics of heating water in a rigid container
0
How accurate is the following description (quoted) of what happens when a liquid is heated in a closed vessel?
1
Merging black holes makes them less dense, so
1
How cold air is less dense in one case and more dense in another case when compared with warm air?
1
Do denser objects generally move down towards the “centre” (where $F_g = 0$) of a gravitational field relative to a less dense object?
0
When do we have rigid body rotation in fluids?
3
Why do some sources say that Rubber bands become stretchier when heated?