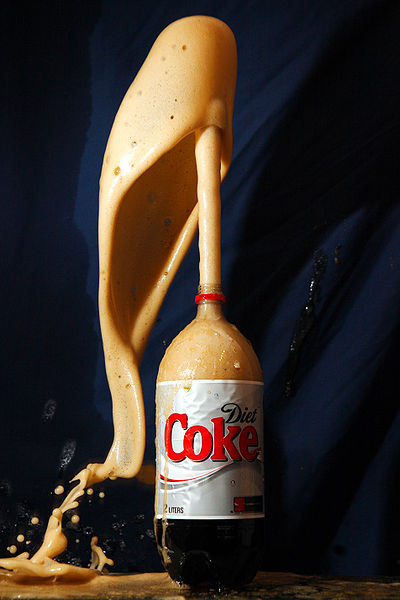 15
Why can't CO$_2$ mix back with the liquid after a soda bottle has been shaken?
2
Why are bubbles formed in the empty space of soda when turned upside down?
3
Why does the bubbling of a soda bottle pulsate?
3
Which heated, partially filled bottle will explode first?
3
Does tapping at the side of a bottle prevent shaken soda from bubbling over?
3
Why is water vapor released when an empty water bottle is squeezed?
-1
Why does the increase in atmospheric pressure crush this empty bottle?