How does the diaphragm in a camera work?

I think I am quite good at math and understand basic geometry, but I have problems understanding the function of a diaphragm in cameras.

Let's say a camera is in a specific state. It captures the light from a specific "cone", going outside of the camera lens. Now, if the diaphragm moves (decreases the diameter of the hole), and nothing else moves in the camera, it can only result in a "black material" appearing around the image, right?

It will not change the size of objects in the final image, or sharpness of objects, or the "rate" (amount/time) of light, that is getting to the center of the image (which is not covered by a diaphragm). Am I right?

But if the diaphragm is never shown in the final image, and only covers rays around it, what is the purpose of it, as those rays would never make it to the image sensor anyway, right?

Edit: I think I am starting to get a clue.

My intuition was, that if there is an obstacle between two points A and B, A can not see B. The point A is on the object, and B is on the sensor, and the fact that the line between them is not straight (refracted by a lens) does not change anything.

I did not realise, that there are lots of rays (in with different directions) going from A, through the lens, and reaching B. The obstacle near the lens behaves very differently. By covering half of the lens, 2x less rays would get from A to B, but the sensor B would still receive light from A (B will still "see" A).

The argument in your edit is essentially correct.

The diaphragm is introduced very close to the lens, where objects are maximally defocused, so that every ray from every object passes through the lens. The diaphragm removes some of those rays, but it still allows multiple rays to come through and form an image. 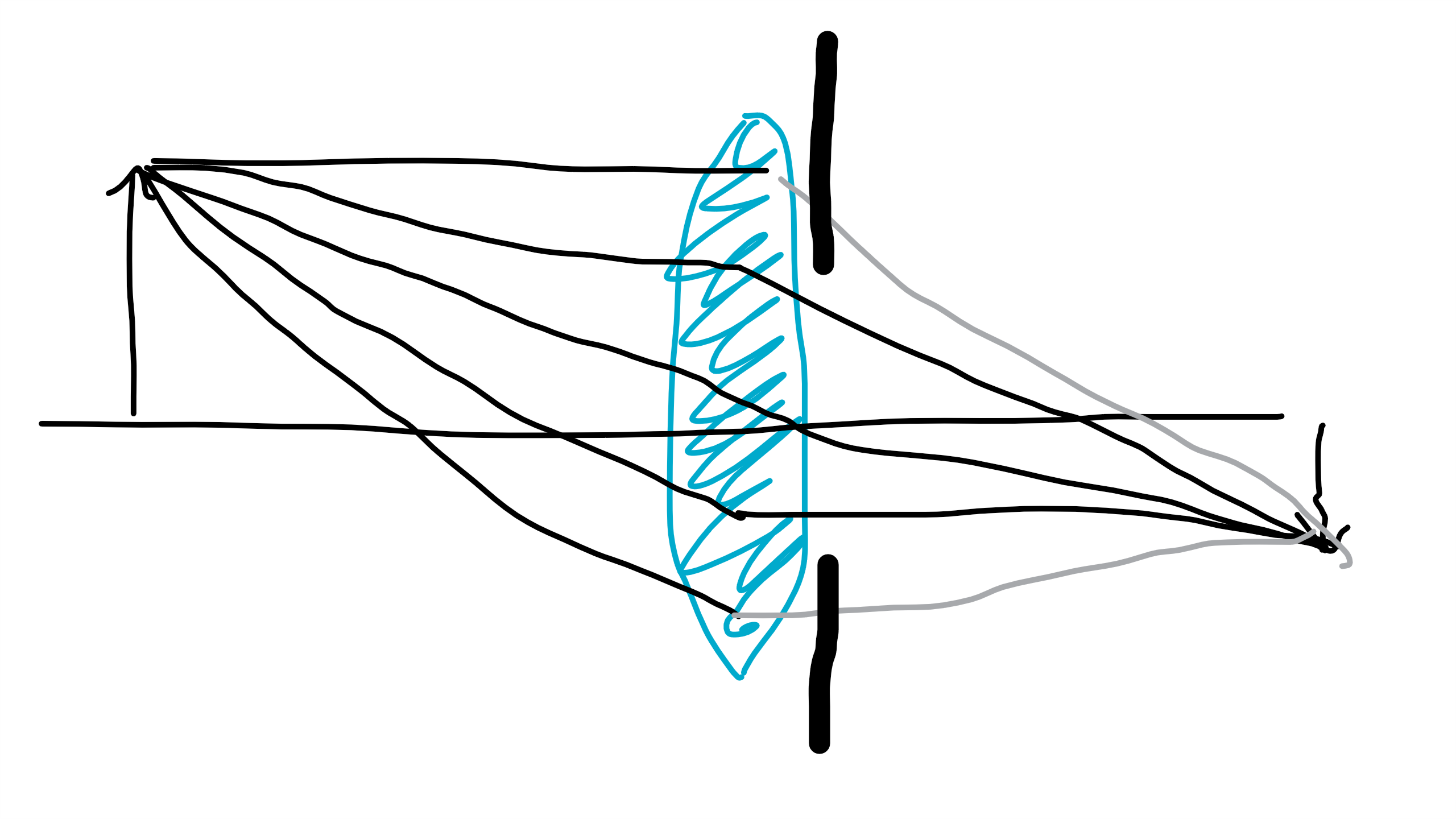 This means that the "shadow" of the diaphragm is completely defocused, so that it covers all of the image by darkening it as compared to what you'd have with an open diaphragm (with more light to go around in total), but it does not form an image on the sensor because it's at the plane of the lens.

As to why you have a diaphragm in the first place: this allows you to fiddle with the depth of field, i.e., with the range of distances at which objects will appear in focus. The wider your aperture is, the more rays you have, and that means that the rays that reach the focal plane encompass a wider cone of angles, which in turn implies that there is a reduced tolerance for moving the detector backwards or forwards while still keeping the object in focus.

Conversely, for a fixed detector plane, that reduced tolerance means that the wider the aperture, the shallower the range of lengths at which objects will appear in focus.

You use a diaphragm when you want to have a larger depth of field (i.e. where you want objects at many different distances to appear in focus) and you're OK with losing some light overall. Thus, you reduce the aperture, killing some rays from the outside of your lens, and in the process you reduce the cone of angles and you expand the depth of the focal plane.

Not the answer you're looking for? Browse other questions tagged optics geometric-optics camera or ask your own question.

2
Basic geometric optics question - how come we don't have to have exact focus to capture objects clearly?
1
Understanding camera lens and sensor compatibility
1
how to trace light after refraction by a camera lens?
1
Would a camera that only takes light at 90 degrees work?
2
Moving camera and special relativity
0
What proportion of light striking camera sensor contains useful image information?
0
Focal Length Definition in a Camera
0
Why doesn't projected image fill all my camera view?
1
Limits of zooming in (for camera/telescope)