How to explain gravitational lensing to a layman?

This question is about how to explain gravitational lensing to a layman, not about exact theoretical correctness.

I am accustomed to explaining optical refraction in terms of wavefronts and the fact that light moves at different speeds in different media. For example, I explain an optical lens by saying

I would like to use an analogous explanation to describe the effects of a gravitational lens. Although the local speed of light is invariant in a vacuum, gravity causes the local frequency and wavelength of light in an initially flat, monochromatic, wavefront to vary with radial distance from a gravitating mass. When the light wave has passed far enough downstream from the gravitating mass, the frequency and wavelength return to their original values, but the wavefront is curved because of the changes experienced by different parts of the wavefront while passing through the gravitational field of the mass: the parts of the wavefront near the middle are delayed relative to those near the edges.

I've been trying to refine this explanation, but am running into a complication that, thus far, is beyond my skills. I understand time dilation in terms of gravitational redshift and blueshift. The complication is that both the wavelength and frequency of light (from the perspective of a distant observer) would seem to be affected by the gravitational field. It's not obvious to me how wavelength is affected by gravity. Locally, the wavelength change should balance the frequency change in such a way that the speed of light is $c$. This suggests that the apparent wavelength as judged by a distant observer should also change.

I don't know how to explain this in an intuitively satisfying way, probably because I don't understand well enough how a distant observer can remotely measure the length of something that is deep in a gravitational well. Any help will be greatly appreciated.

I think the distinction that you are making, with concerns about the intermediate blueshifts, redshifts, and time dilation, is too technical for someone whose education is outside of physics altogether. I would start with something simpler and add complexity as the responses of your audience suggest appropriate directions to go.

When I explain about gravitational lensing, I use an approach like this:

This little spiel has served me well.

"This question is about how to explain gravitational lensing to a layman, not about exact theoretical correctness.

I am accustomed to explaining optical refraction in terms of wavefronts and the fact that light moves at different speeds in different media. For example, I explain an optical lens by saying..."

"I would like to use an analogous explanation to describe the effects of a gravitational lens."

I have found a very simple and efficient way for you to teach your students a close relationship between gravitational lenses and classical refraction, which perfectly suits this request. I think you (reader) will also appreciate this experience perhaps unprecedented. 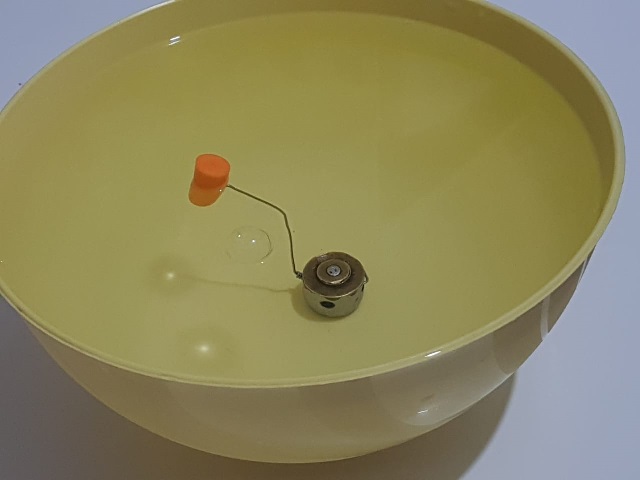 See that the light from the ceiling lamp of the room, passes around the cylinder and then creates the image in the bottom of the bowl. There is a second image produced by the lens that surrounds the bubble that floats on the surface of the water.

This mechanism is equivalent to that which occurs in gravitational lenses and allows us to observe the "Einstein Rings".

If you put a mirror in the bottom of the bowl over the image, you will only be able to observe an "Einstein Ring" when the image in your eye is in the cylindrical-source direction. This image is amazing. We attenuate the light from the ceiling and with this, we get this sequence of images that mimics the "Einsten rings" with great perfection. 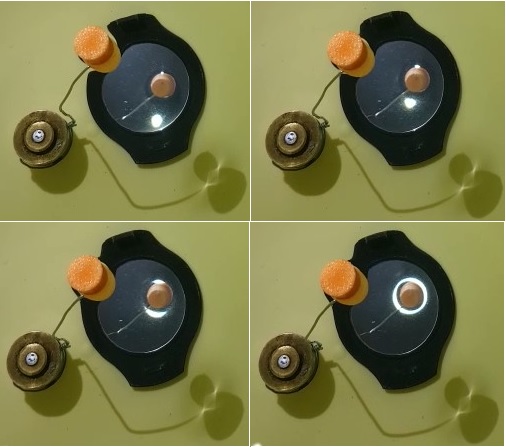 See now another photo of this experiment where an obstacle has been placed between the light source and the cylinder. This obstacle also does not impede the passage of light, and its shadow shows its alignment. 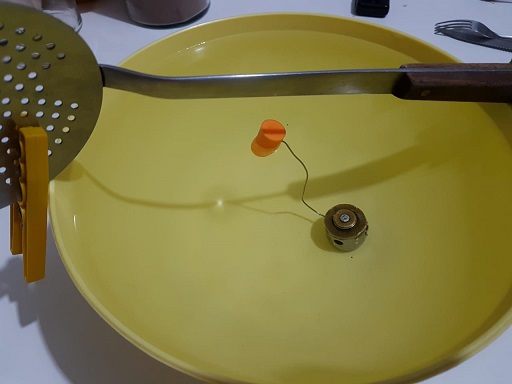 In the photo below another obstacle was placed between the image and the cylinder. The image remains integrated. 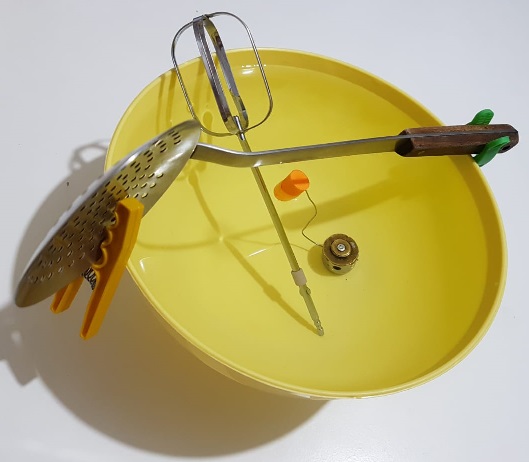 A gravitational lens does just that: it can make a signal transpose an obstacle in the same way as the refraction of light in water. I think not just with the light, I believe the same also happens with gravitational waves. Perhaps a massive body situated between the emitter focus of the wave and the LIGO (Laser Interferometer Gravitational-Wave Observatory), can maximize it's effect. In this case the "obstacle" can function as an amplifier.

Now, I want to show the optical aspects involved in this experiment. In this figure the effects are maximized and angles and measures are out of proportion and serve only to get a sense of how I am understanding this phenomenon. 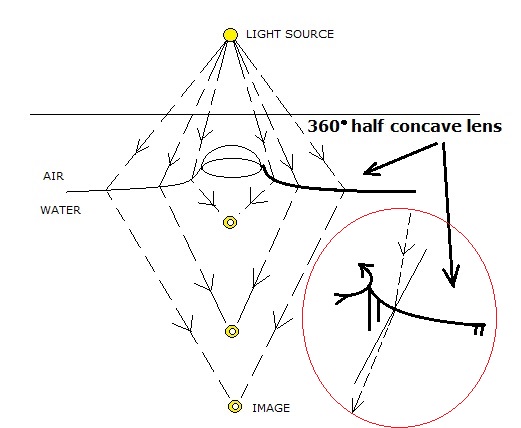 Bubbles on the surface of the water provoking luminous images as shown in the photos, is very common in household utensils, sanitary vessels, swimming pools and in large quantities in the beaches. I know this phenomenon for a long time, but it was at the end of this year 2018, that I made this experience and I liked it a lot because it is revealing.

The spiral of a galaxy deforms itself visibly as it passes behind a black hole. This effect can also be simulated in our experience, and very faithfully. To do this, simply place the mirror in place of the image and change the light source for a long rod of approximately $30 cm$ (length) and $4mm$ (diameter). The rod can be placed one meter high, and should slide horizontally, rotating between left and right, so that it passes vertically from the image with the cylinder. In doing this, the image that is obtained is identical in its details with the suggested video. I got good images that reveal the great similarity between the images of the suggested video and the experience. 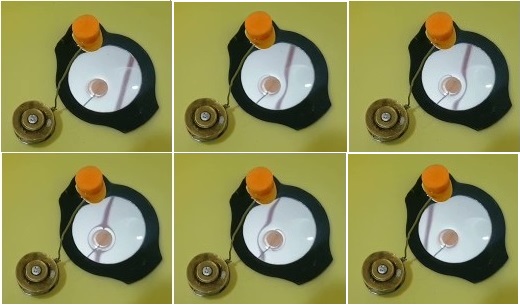 If you know more about this phenomenon that occurs at the base of the bubbles that float on the surface of the water, and you can inform me, I thank you.

Not the answer you're looking for? Browse other questions tagged general-relativity gravity gravitational-lensing or ask your own question.