Which heat equation should I choose if I want to toggle between conductive and convective heat transfer?

I have a science project where I have an aluminum cylinder, filled with oil, with a diode chain floating inside of it. The diode chain has a bimetallic temperature switch on it that turns off the current once the diodes reach 160 degrees Celsius. My power source is a DC power supply, constant current (2 Amps). The main idea is that the diodes generate heat, the oil convectively carries the heat to the surface of the aluminum can, which heats up. It's a bit confusing, so I drew a picture of what the entire model looks like below: 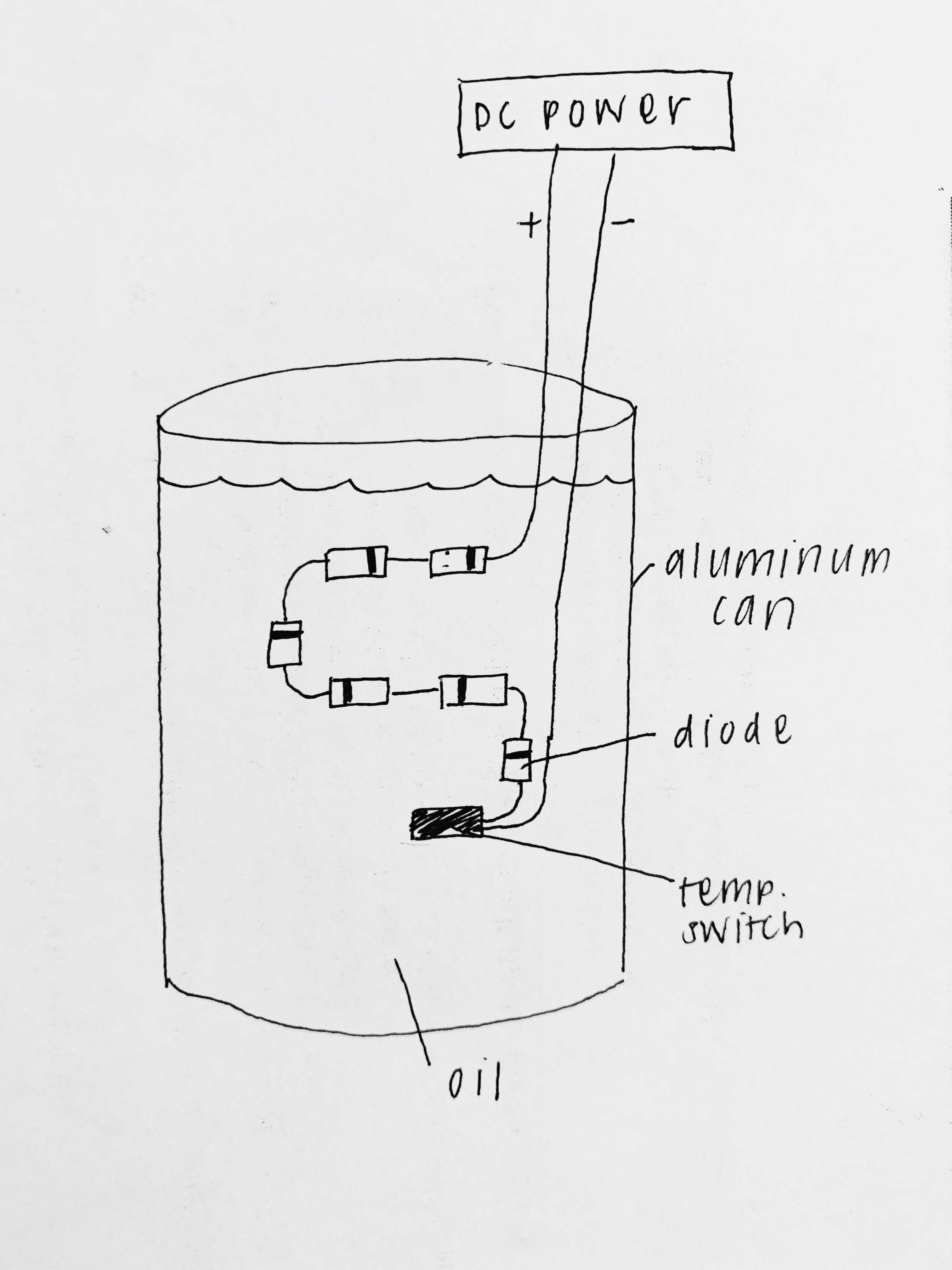 I want to calculate how much heat is produced over time by the diodes, and how hot the surface of the aluminum can will get over time. I have data and a regression line for the data here: 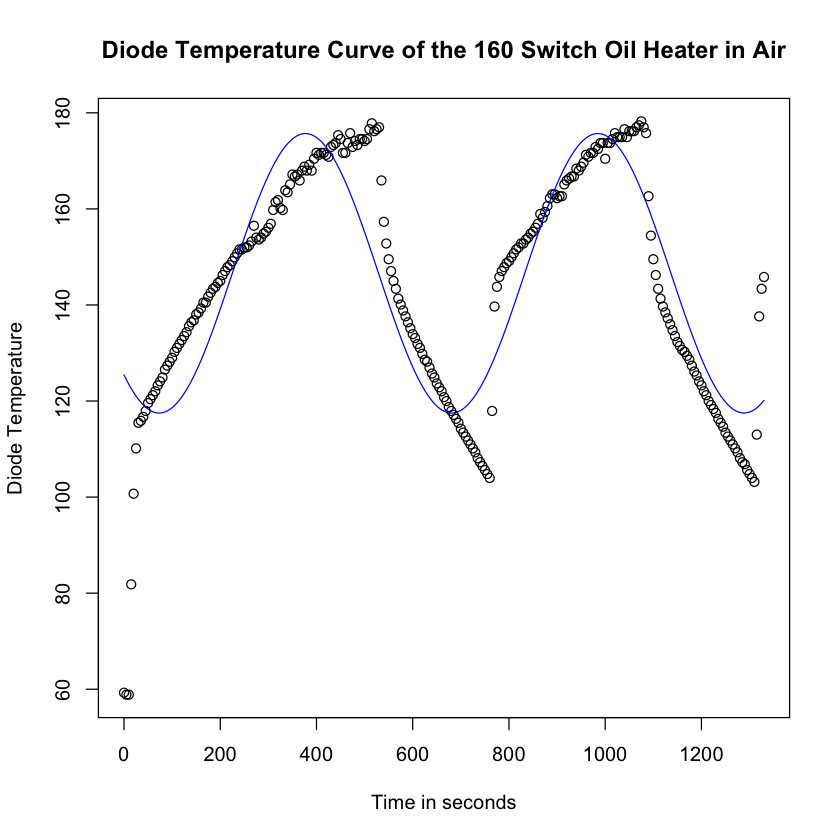 I have no idea what heat equation to use, and help would be appreciated. Thank you!

For modeling one of these mechanisms, I'd recommend starting with a lumped-component model. It looks like this approach would fit your data pretty well, and there's some theoretical justification.

The lumped-component model assumes that the entire component is compact enough, and with a suitably high internal thermal conductivity, that it can be represented by a single temperature (i.e., internal temperature differences are minimal). The relevant heat transfer (e.g., conduction, convection, and radiation) occurs almost entirely at the surface. It's assumed that the environment remains at a constant temperature

This assumption is reasonable for the diode at a time scale of probably a fraction of a second to several seconds and for the can at a time scale of many minutes or more. As I noted, the tricky part is that you have the two heat transfer mechanisms (i.e., diode to oil and can to room) operating in conjunction over an intermediate time scale.

For a step increase in current, the temperature change for a single lumped component would be

where $\Delta T_\mathrm{final}$ is the temperature difference obtained after a long time. I'd expect this value to scale with the dissipated power.

What this equation tells us is that the temperature change starts at zero and ends, after a long time, at an equilibrium value where the heat generation is approximately equal to the heat dissipated to the environment (of course, that environment might be a few cubic millimeters of oil after a second or two or a few cubic meters of the room after many minutes). The change occurs in an exponential fashion mediated by a time constant that depends on the material, geometry, and heat transfer.

The inverse Laplace transform of this, plotted via Wolfram Cloud for $r=1/(200\,\mathrm{s})$ and having the current change every 400 s, relative to its maximum value, is 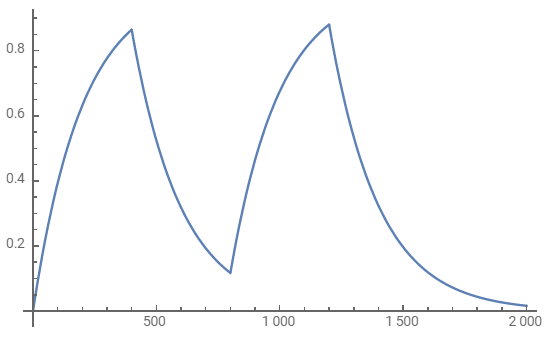 The full code on Wolfram Cloud would be

where % uses the previous output.

For these long times, you're probably observing the characteristics of heat transfer from the can to the environment. If you applied the current pulses at a frequency of 1 Hz (for example), you'd likely see a similar sawtooth pattern, with the time constant reflecting the heat transfer from the diode to the oil.

To model the complete system more accurately (i.e., covering the relevant time scales of both the diodes and the can), you may wish to move to a finite element model of transient heat transfer, as the analytical model at this point becomes unwieldy (as discussed in Crank's textbook on diffusion, for instance).

If you want to know how much heat is produced over time, why not just use the power (watts) delivered by the dc power source (2 amp x dc voltage) during the on time of each thermostat cycle and average it out over the cycle.

Not the answer you're looking for? Browse other questions tagged thermodynamics semiconductor-physics heat-conduction or ask your own question.