Suppose there are two congruent disks rotating at its center in opposite directions at the same magnitude, and a ball is put into the spacing between the two disks to be shot out. The ball was a rest before the collision, so it has no momentum to begin with. The ball collides with the two disks at the same time, and momentum is conserved

The moment of inertia of the two spinning disks are 1/2MR^2 due to it being two solid disks rotating on its center axis.

I am trying to find out how the radius, angular velocity, and mass of two equal spinning disks impacts the exit velocity of the ball, however the radius of the disks keep canceling out. I know the radius must impact the speed, so I’m guessing my approach was wrong. Could anyone help me on this? Thank you. 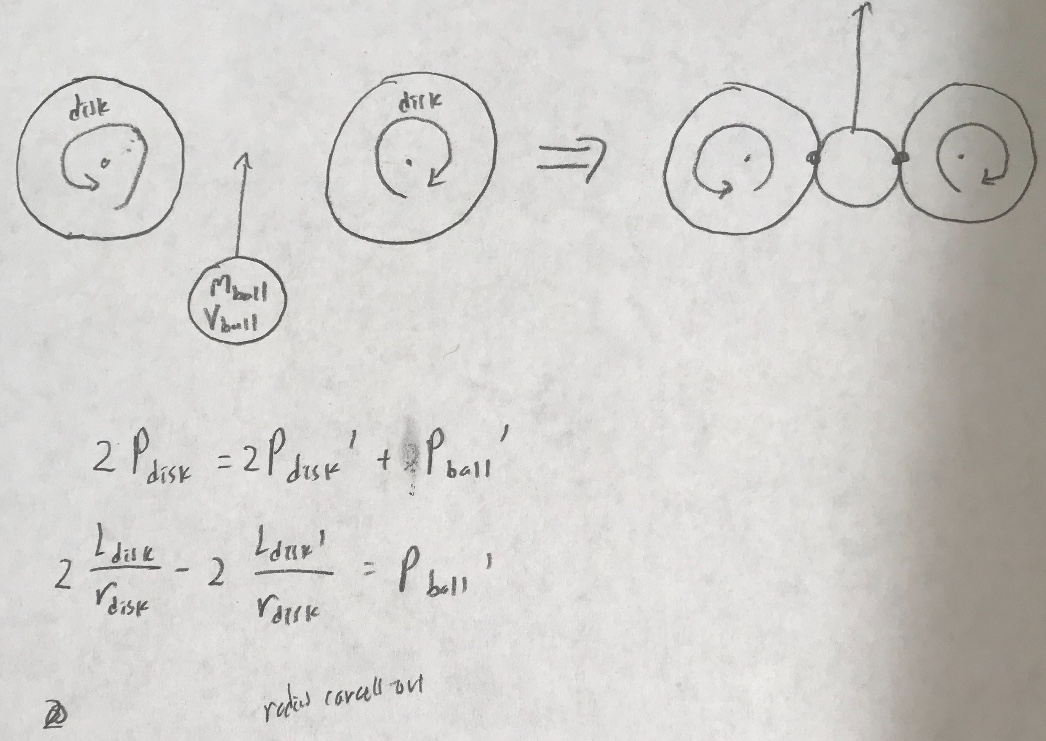 Not the answer you're looking for? Browse other questions tagged momentum or ask your own question.

1
Inelastic collision and impulse
2
Throwing masses to gain velocity. A question of efficiency
0
Momentum Question, Newton Laws.
0
What is the momentum between a light and heavy object in motion when the force applied is equal?
1
Solving 2D Elastic Collisions, unique solution?
0
How does 2 spinning disks and a stationary ball interact in a collision?