Why does the sun always have some whiteness? [duplicate]

So the atmosphere scatters light on its way to earth, making the color of our sky. For example, when the sky is blue on a clear, sunny day, the sunlight appears somewhat yellow because the blue light has been scattered away. However, there is something about this that I do not understand. If certain colors are scattered away, why is there 99.5% of the time some white when you look at the sun (e.g. in pictures)? Even at red sunsets with reddish skies, the sun seems to be somewhat white - how can this happen if almost all the original colors/photons have been scattered away and thus the rest should not be able to constitute a whitish color? 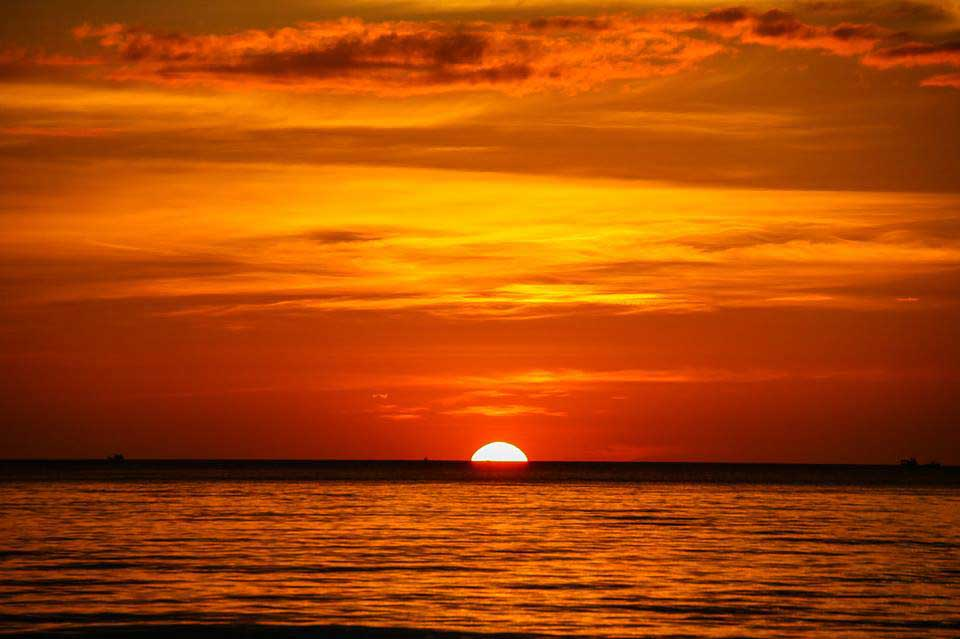 This is because the light detecting device - which might be your retina or might be a piece of photographic film - is getting "bleached out". So, too little light on a typical detector registers as black and too much light registers as white. You can think of the responsiveness of photographs and your eyes as being a hyperbolic tan(), or tanh(), function of the input. When there is too much light photographers call this "overexposed".

So, even though very little blue is making it through to the detector, the sun is so bright that even that little amount of blue is able to overflow the "blue detectors". Far, far more red and green photons are arriving at the detectors, but "maxed out" is "maxed out" and you just get pure white. Tanh(100) approx equals Tanh(10,000). So the detector loses the ability to realize there is more red light than blue light. And, then, approx equal detection of all colors means ... white.

If one looked at the setting sun through a neutral filter that blocked out most of the photons it would again seem to be reddish. But looking directly at it and bringing the full power of the imaging device (the lenses of your eyes, for example) to bear is what gathers too many photons. At an oblique angle, or through a dim reflection, one might also see fewer photons and perceive the redness. Filters, reflections and observations at oblique angles all cut down on the number of photons that make it through.

That white spot is an image of the sun. It is white because the Sun is white. With less stray light around it you could also see the blue sky, white clouds, and green trees that are near the sun from your perspective. With more distance from the pinhole you can make out sunspots on the image. During a partial eclipse the image is a crescent: 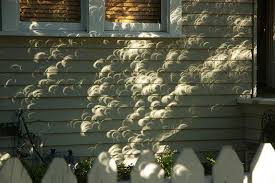 Now you have a simple experiment that you can do as early as dusk tonight to determine the unbiased color of the setting sun: go watch the sunset, and use your hand to make a pinhole sun that projects onto your white shirt. I bet it's still pretty white, because the Sun is white.

Not the answer you're looking for? Browse other questions tagged visible-light thermal-radiation atmospheric-science sun or ask your own question.

3
Why does bright pure red/green/blue light look white if bright enough?
0
How does brightness affect color?

60
Why is the sky never green? It can be blue or orange, and green is in between!
1
Why is the Moon not redder at moonrise/moonset?
1
Why can we see white objects as white under the sun if the sunlight is yellow?
2
What would the sky look like if the Sun was a different type of star?
5
Why is the sky blue and the sun yellow?
5
Why doesn't the moon appear yellow?
0
Why is the sky near the Earth limb warm-colored, even far from the sun?
6
Why is there a “blue hour” after the “golden hour”?