Why does the pressure change on uniformly mixing two liquids? 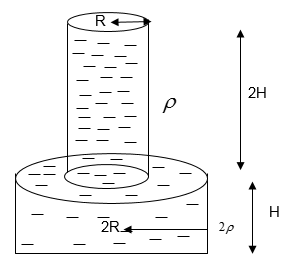 Now, if we were to mix the two liquids present in the cylinders to create a new solution with a uniform density of $\frac32\rho$ (The volume of both the cylinders is the same so we can simply take the mean of the two densities).

Since the entire liquid system is in equilibrium and the only external force balancing the gravitational force is the normal applied at the bottom surface the pressure will be:

Which is matching with neither of the cases but i can't see why this is wrong.

In your problem the cross-section varies. Let $\rho_1,V_1,A_1$ and $\rho_2,V_2,A_2$ be the density, volume and cross-section of the two fluids. The interface between the two fluids lies exactly where the cross-section changes. Using the hydrostatic equation, the pressure is: $P_1=\rho_1gh_1+\rho_2gh_2=\rho_1g(V_1/A_1)+\rho_2g(V_2/A_2)$, which can't be simplified further. After mixing the density becomes $\rho_f=(\rho_1V_1+\rho_2V_2)/(V_1+V_2)$ as before. But now the pressure at the bottom changes to $\rho_fgh_f\neq P_1,$ as you can verify by substitution. Since the same weight of fluid is being supported before and after mixing, is the change in pressure a contradiction? No, it isn't.

Above result derived using hydrostatic equation is correct. If you want to derive the pressure on the bottom using force balance then you must recognise that in the case where cross-section of the container varies, weight of the fluid is not the only force acting on the bottom. There is also a downward reaction force due to the horizontal wall where the cross-section changes (denoted by black arrows in the figure below). This reaction force is equal to the product of hydrostatic pressure at the horizontal wall (equal to $\rho_1gh_1$ before mixing and $\rho_fgh_1$ after mixing) and its area. When this is accounted for you get the same answer as above. 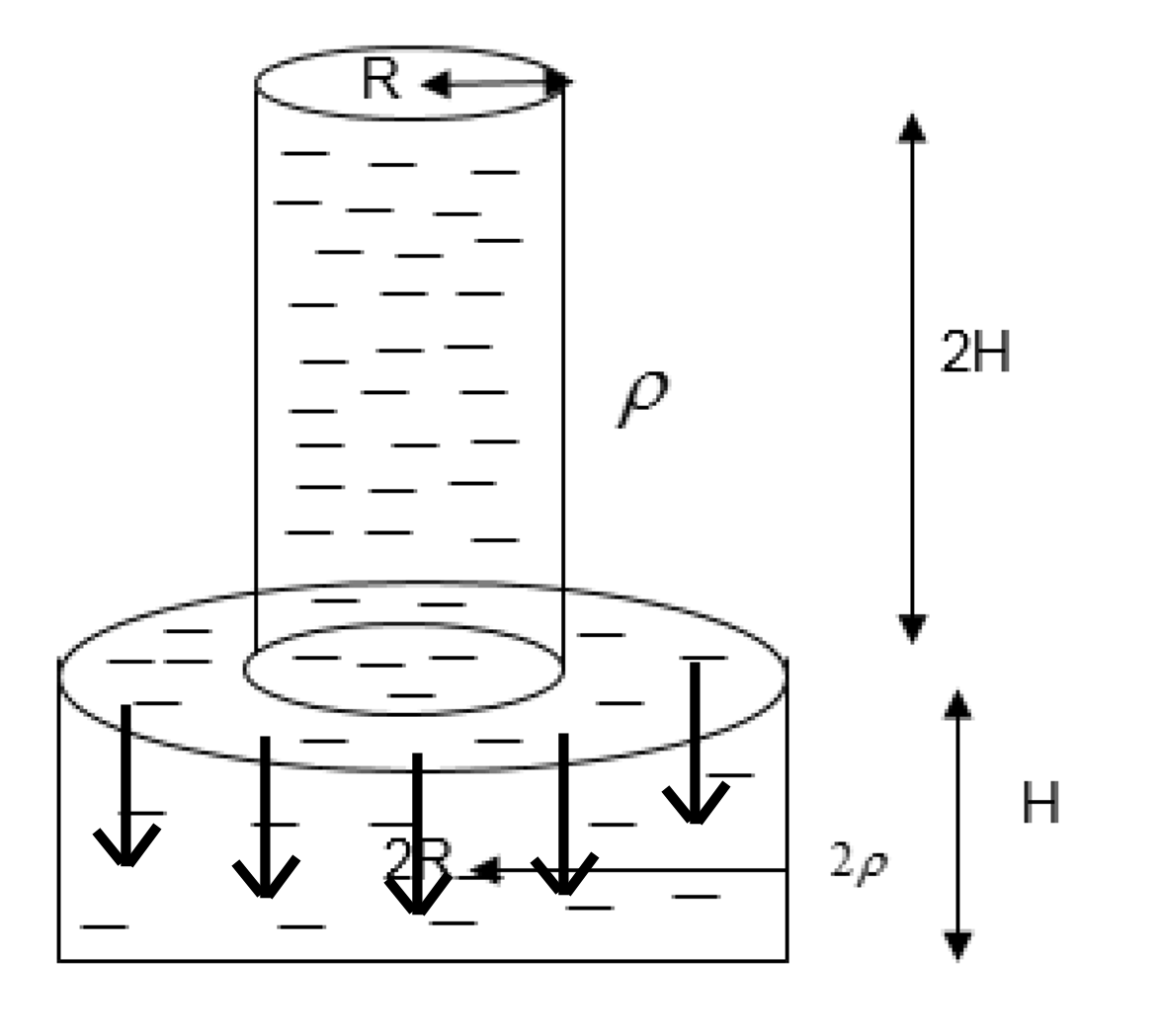 0
How to find the force due to fluid pressure over a surface?
0
Doubt in the concept of Upthrust and Buoyancy
0
Pressure on sides of container by two immiscible liquids
0
What is the physical origin of buoyancy?
0
How do I calculate the pressure $p_0$ on top of the water reservoir?
1
Why does the height of an object matter in a fluid?