Say we have a spinning ring of mass $M$, rotating at $W_0$, at a radius $r$ from some pivot point. This ring has massless spokes extending out to a length of $2r$. 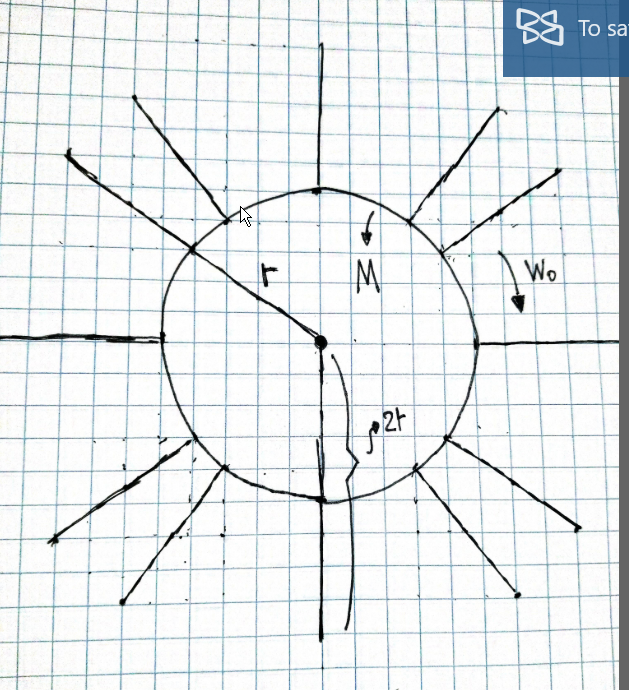 From this, we can calculate the initial angular momentum:

While it's spinning, we drop on top of the massless spokes another ring of twice the radius, $2r$, but the same mass, $M$. Friction between the spokes and the ring makes sure the two rings spin together. 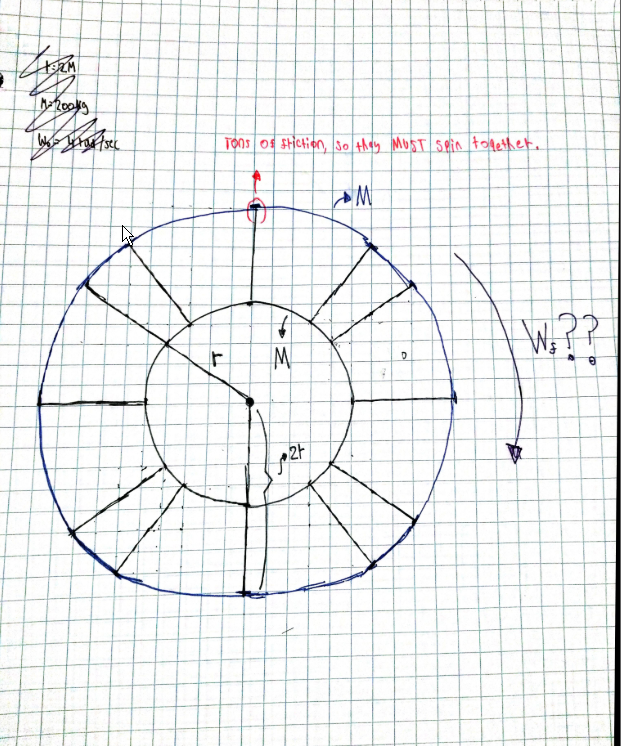 Conservation of angular momentum should allow us to find the final angular velocity of the two rings together:

As you can see, conservation of linear momentum gives me a different result...what am I doing wrong?

Momentum is a vector quantity. The total momentum of a uniform spinning disc is zero, so the momentum begins at zero and ends at zero.

Not the answer you're looking for? Browse other questions tagged homework-and-exercises angular-momentum momentum conservation-laws angular-velocity or ask your own question.