Floating of needle on water [duplicate]

An iron needle when placed horizontally on water, floats (sits) on the surface of the water. The phenomenon is usually justified as "surface tension".

From what I understand, for the needle to float without sinking, some force has to balance its weight. Since no part of the needle is under the water, buoyant force can be ruled out. I learnt that force due to surface tension always acts tangentially to a surface. So, this force should not have any vertical component. However, according to the first answer to this question How does surface tension enable insects to walk on water? "attractive forces of the water molecules result in a net upward force on the legs of the insect". The water surface near the needle is deformed due to the adhesive force between the needle and the water surface. Isn't the adhesive force an upward force on the water (or a force with some vertically upward component) due to the needle? It would imply that there is a downward force on the needle itself which will add to the weight.

I think the part where I describe the forces between the needle and the water is wrong. Can you tell me what is wrong?

"Since no part of the needle is under the water, buoyant force can be ruled out."

The free-body diagram below should explain the balance of forces between the needle and the water surface. 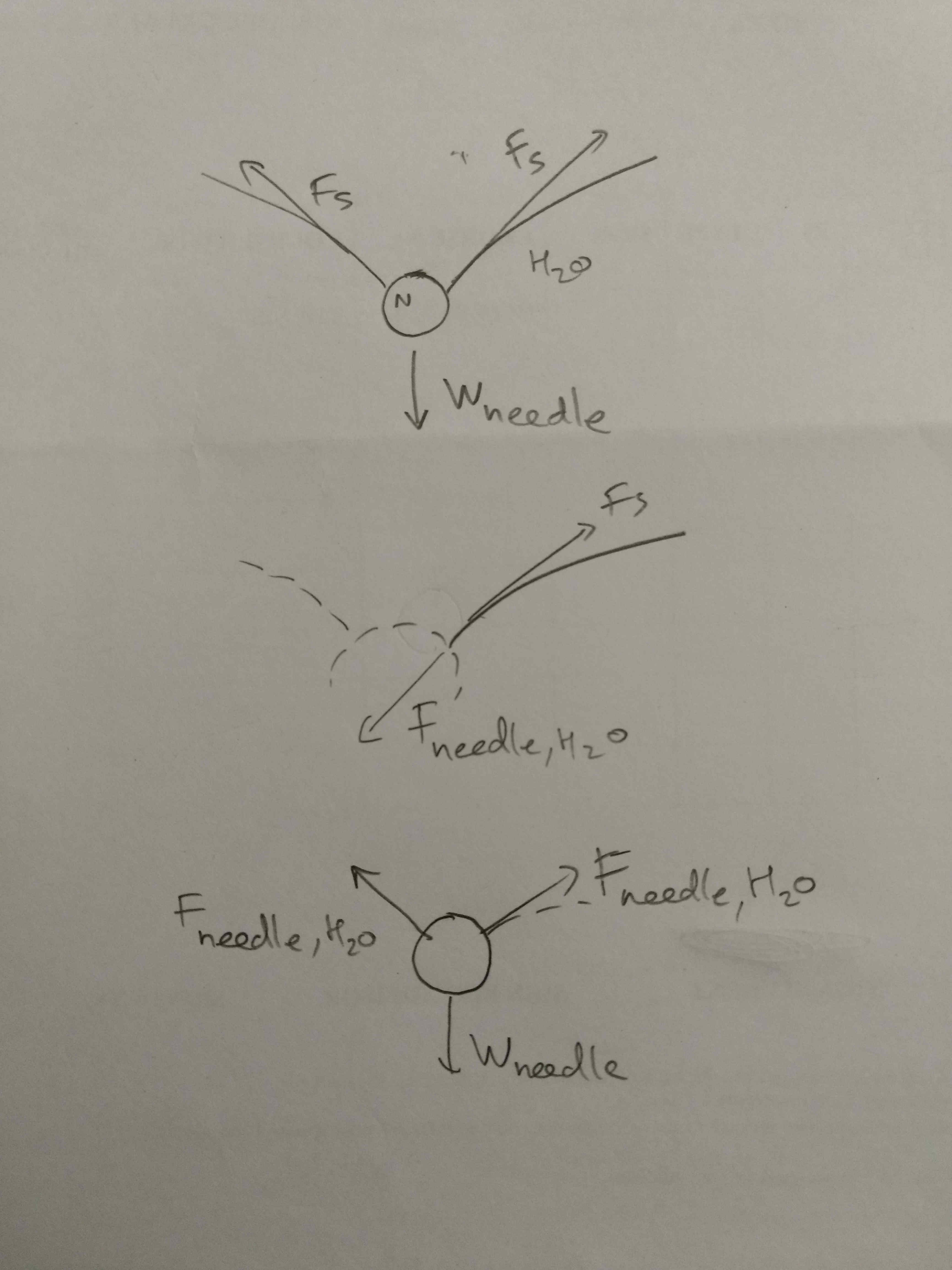 Not the answer you're looking for? Browse other questions tagged forces fluid-statics surface-tension or ask your own question.

3
Surface tension: the paper clip experiment
10
How does surface tension enable insects to walk on water?
1
Depression of Water Surface by a Needle

6
What exerts the force of surface tension, and what does it act on?
1
How does surface tension explain the floating needle experiment?
2
Forces causing capillary rise
1
Why does the surface of liquid rise due to surface tension?
0
Does surface tension exert a pulling or pushing force on a solid floating on its surface?
3
How to calculate the force holding a leaf floating on water?
8
Why does a metal paper clip float on water despite having an acute contact angle?
2
How Does Surface Tension Balance Small Objects on Water Surface?
1
Whats the fault in the logic I am thinking for not balancing of a needle and any blade etc. on water?