How do we determine who is the “observer” when calculating time dilation? [duplicate]

I was reading about time dilation and I thought of a question. I really think that I am just misunderstanding something, so please bare with the question. But, I would appreciate if somebody could help me understand this better.

Consider Alice is on earth and Bob is flying past earth in a spaceship going 97% the speed of light. Four minutes of Alice's lifetime would elapse in one minute of Bob's lifetime, as given by the equation:

Here, Alice is the observer. Bob's velocity is relative to Alice who is assumed to be stationary.

But, what if we look at things from Bob's perspective. If we assume that Bob's velocity is 0, then that would mean Alice is flying past him in the opposite direction at 0.97c.

In this case would we say that four minutes of Bob's lifetime elapse in one minute of Alice's?

That does not seem possible, since it would have to be one or the other, right?

What obvious point am I missing here?

That does not seem possible, since it would have to be one or the other, right?

It does not have to be one or the other. If it was one over the other, then you are saying that there is an absolute reference frame that is the "preferred reference frame". SR says that there is no way in an inertial frame to tell if you are "moving" or "are rest" since the laws of physics will be the same. Therefore, the time dilation that also holds in SR must be experienced the same for each observer.

This is one of the weird things that newcomers to SR have to struggle through (I had to go through it myself). There is no contradiction, even if there seems to be one, since once Alice and Bob join back up to compare what happened, they will agree on the passage of time for each person's clock, even if they experienced time differently due to someone having to accelerate in order for the meet up to happen (look up the twin paradox).

Alice and Bob are both observers.
And when studying each other, they determine the same results about each other.... in accord with the principle of relativity.

A spacetime diagram can display this symmetry 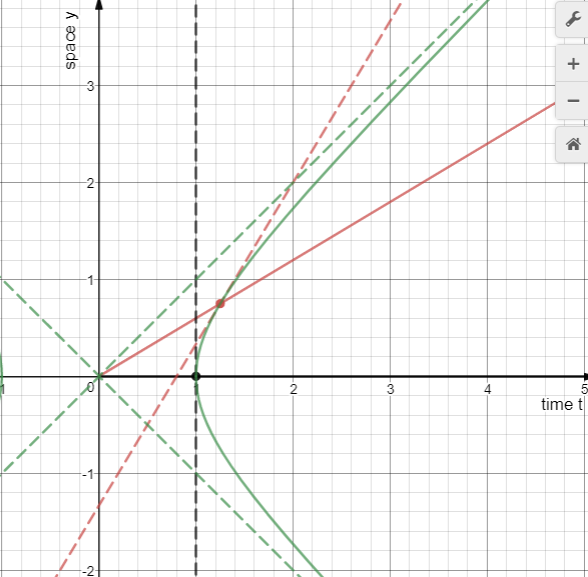 Now for the symmetry... 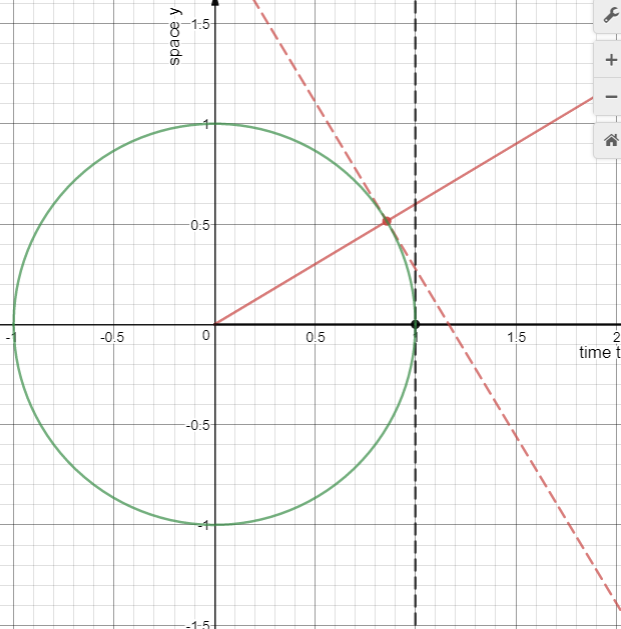 The essence of special relativity is that Bob cannot prove to Alice that he is the one who is stationary. Neither can Alice. So it is not either one or the other. It is both.

Well it sort of looks crazy. But that is ok. Physics dies not make sense. It just correctly predicts experimental results.

As per all other answers, both observers are "right", i.e., their observations construct pictures of the world that are ultimately consistent with the pictures constructed by all other observers. And that's regardless of any apparent contradictions, which usually arise from erroneous arguments subtly based on absolute space/time notions.

Let me illustrate that by elaborating what I meant by "ultimately consistent" in the first sentence, by way of the following textbook example (sorry, I can't recall which textbook), describing a situation that leads to an even more blatant apparent paradox.

A car is driving along at a speed close to light's, and comes across a large pothole in the road, let's say at time $t=t_0$. From the driver's point of view, the pothole's extremely foreshortened, and so he drives over it without problem. But from the point of view of a bystander standing on the road's shoulder, it's the car that's extremely foreshortened, and it therefore falls into the huge pothole.

Now, at some much later time, $t\gg t_0$, all observers looking at the car must agree that it's either continuing on its journey along the road, or that it's lying in a mangled heap at the bottom of the pothole — that's what I meant by "ultimately consistent".   So which is it??? And what physical argument justifies your answer?

I've left an empty "Edit" below, and for the time being, I'll leave you to ponder the problem and post your solution under that Edit (or as a followup comment, an edit to your own question, a separate answer, whatever). If you haven't, then I'll eventually (sometime after Xmas) post the solution.

E d i t
-------------
As per the link/hint I gave @chaimp below, Extended Rigid Bodies in Special Relativity, the answer emerges from the fact that the relativistic car is no longer a "rigid body" in the usual sense. And it "falls" into the pothole by what appears to observers to be a dog-leg-like procedure, whereby it seems to bend its way through the pothole, as I've tried to ascii-illustrate below.

In terms of the above link's torque discussion, as the car begins to go over the pothole, gravity is like a torque force acting on the front end of the car. So that front end falls into the hole. But, by virtue of the car's speed $v\sim c$, the "signal" that the front end is falling hasn't reached the back end yet, whereby the car takes on a "bent"-like shape.

I also tried to google the problem and find the textbook containing it, but wasn't successful. Anybody else recall this problem, and also its source?

Not the answer you're looking for? Browse other questions tagged special-relativity coordinate-systems time-dilation observers or ask your own question.