Coupled pendulums at half height 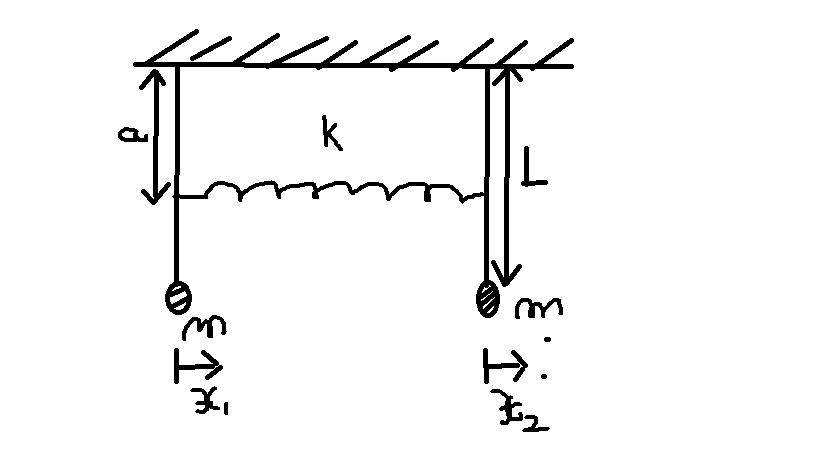 Suppose we have the system described below (poor quality but it'll do the trick). We have two pendulums of mass $m$ coupled by a string of constant $k$ placed at a height $a$ from the top (as shown). My job is to find the normal modes of vibration.

My attempt: For a small angle the movement of the masses is, to a very close approximation ,linear, the force exerted by the string is proportional to the height wich could be modeled by $F=k\frac{a}{L}$ and the restoring force by the weight of the pendulum is $F_1=\frac{mg}{L}$. With this we can write the equations of motion as follows:

There is a clear ressemblance between both answers, though are both correct? The first one seems right for small angles, and the second one seems flawed to me because I don't think that the force exerted by the spring (though it is modeled by Hookes Law) is directly proportional to the angle displacement. Could someone shed a light into this?

Both sets of equations will be equivalent to one another. The corrected first set can be obtained by the substitutions $x_1 = L\theta_1$ and $x_2 = L\theta_2$.

Regarding the spring force, in response to comments

To do so, an extra dimension must be included (which will disappear once the system is linearised). This is the distance between the pivots of the pendulums, which I will call $b$. 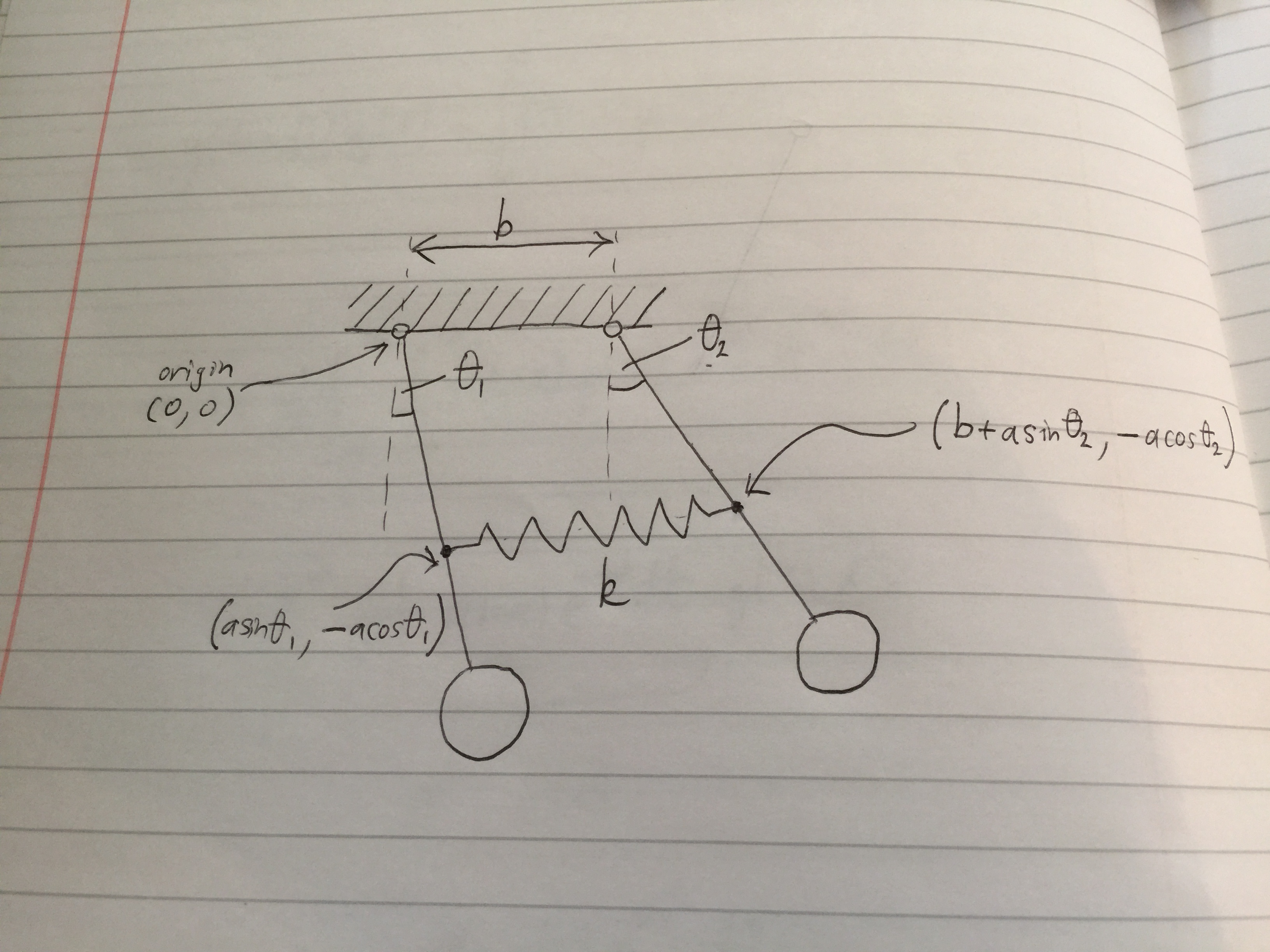 The length of this vector gives the length of the stretched string (natural length $b$ + extension $\Delta x$). By noting the following Taylor expansions,

the relative position vector can be represented as

When the system is linearised by small angle approximations, we find that $O(\theta_1^2)$ and $O(\theta_2^2)$ can be neglected in the relative position vector, and so it approximates to

Not the answer you're looking for? Browse other questions tagged newtonian-mechanics vibrations coupled-oscillators or ask your own question.

0
Natural frequencies of a torsion system
2
Coupled ODEs that model a quad rotor
2
Showing that a mass moves a half cycle
1
Why do two masses connected to each other by a spring have the same frequency of oscillation?
2
Two-coupled oscillator: Doubt in finding normal modes and natural frequency