I spend few hours trying to derive phase velocity of sinusoidal wave $$\cos(kx - \omega t).$$ I know that it must be equal to $\omega \over k$ but after banging my head for few hours and trying to find solution on internet I gave up.

The wave equation is $z(x,t)= \cos(kx - \omega t)$ and a graph of the displacement of a particle from its equilibrium position $z$ against the position of the particle from an origin $x$ at a given time $t$ is shown below.
You can liken the graph to a photograph of the wave taken at one instant of time; it is called a wave profile.

The graph actually shows shows two such photographs (wave profiles) taken at a time $t$ and at a later time $t+\Delta t$. 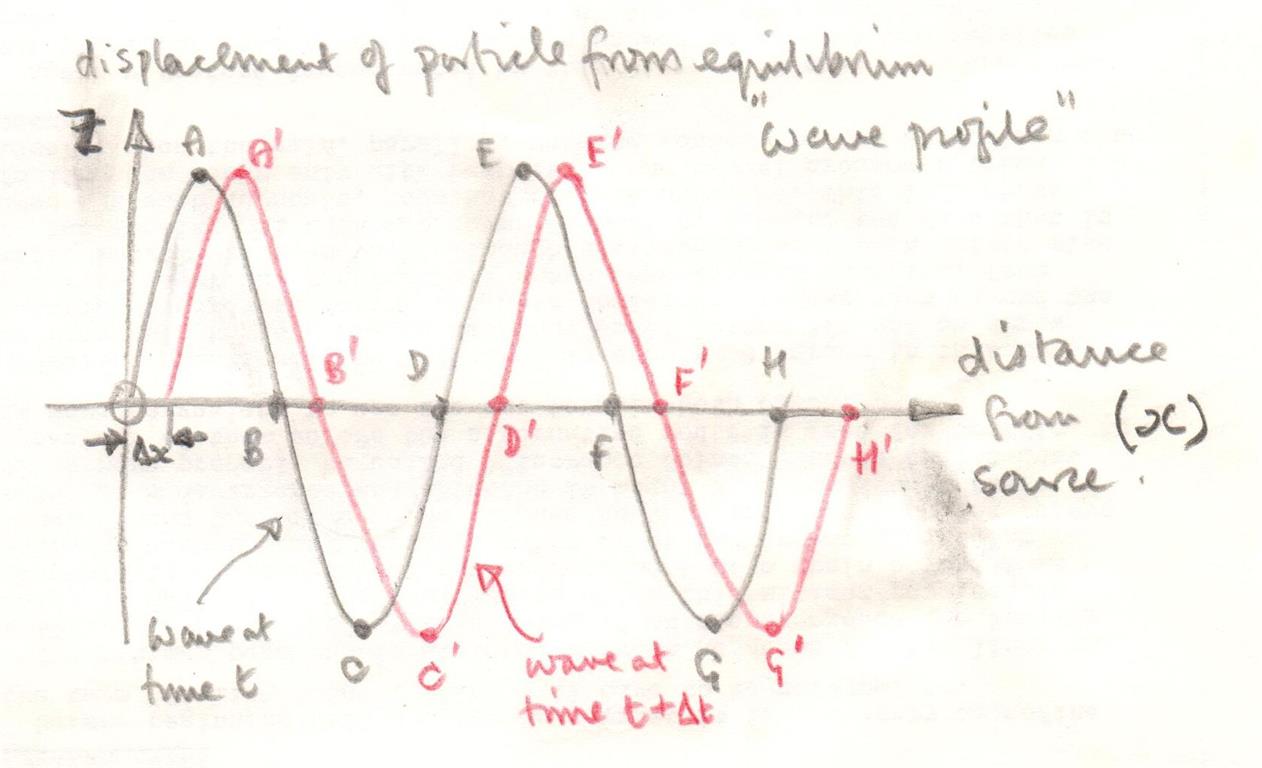 By inspection of the movement of the peaks $A$ and $A'$, or the troughs $C$ and $C'$, or the positions of zero displacement $B$ and $B'$ etc, you can surmise that the wave is travelling in the positive x-direction.

The important thing is that the displacements of the particle at different times which you considering are the same; peak and peak, trough and trough etc.

Another way of derivation is to say that you want to find a condition such that $kx-\omega t$ (the "phase" of the wave) is a constant ie you are tracking the passage of a crest at a given time to a crest at a later time etc.

*It can be any other peak as well; that just shifts the relation between $x$ and $t$ by an overall constant, leaving the velocity the same.

Not the answer you're looking for? Browse other questions tagged waves definition phase-velocity or ask your own question.

4
How to calculate the phase and group velocity of a superposition of sine waves with different speed and wavelength?