Why is escape velocity independent of direction of projection?

However, for any body projected with a velocity less then the escape velocity, the final maximum height will vary with variation in angle of projection. But why is this not the case in case of escape velocity?

There are a couple of incorrect answers here - you are right that the escape velocity is independent of the angle of projection.

There are three types of orbits depending on the sign of $E$: 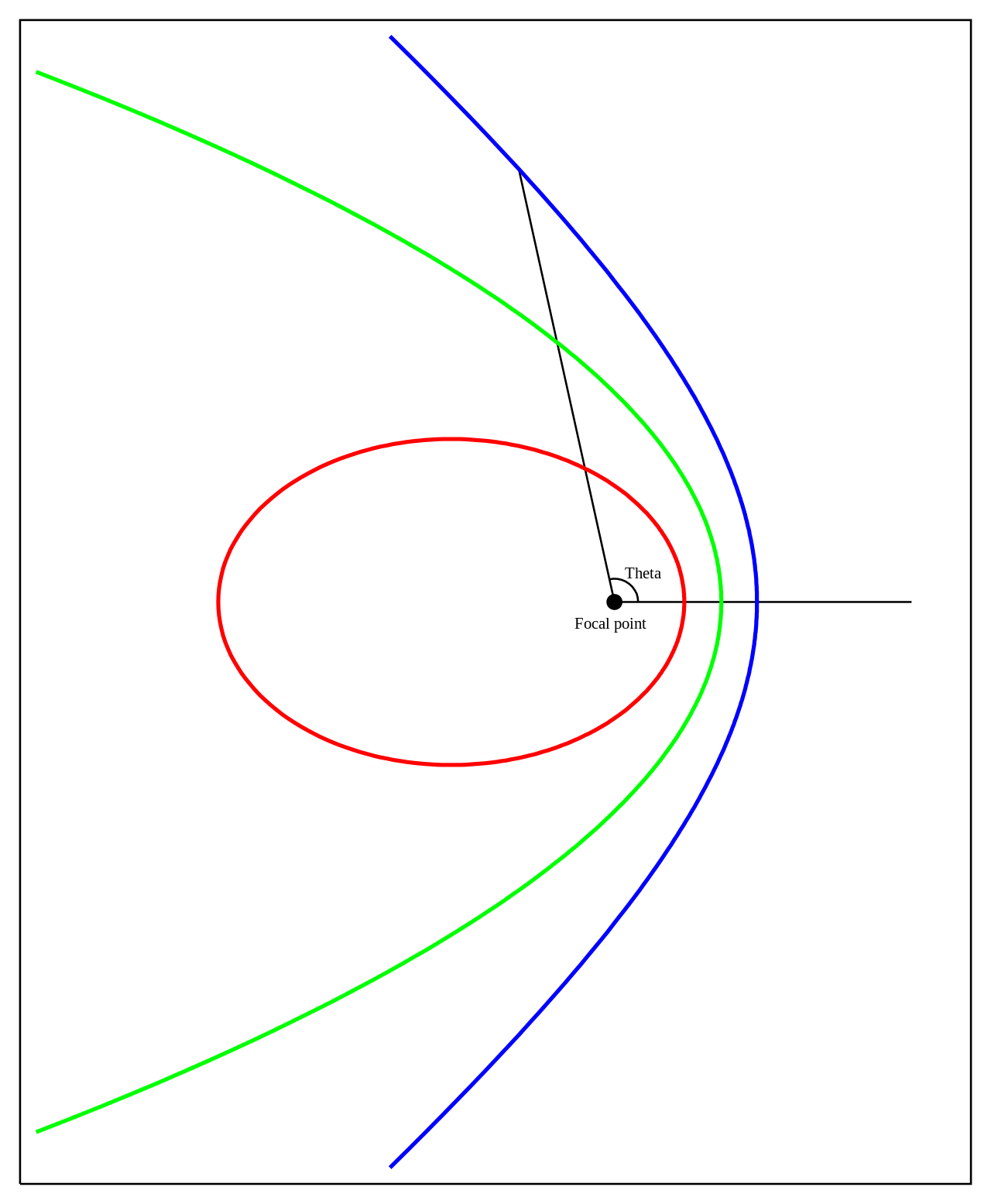 Of the three, only elliptical orbits are closed; hyperbolic and parabolic orbits correspond to the projectile escaping off to infinity. The parabolic orbit is the "boundary case" - the first value of the energy for which the projectile escapes to infinity. We therefore define the escape velocity as the velocity needed to make the total energy zero:

If the particle is projected radially away from the planet with the escape velocity, then it will follow a straight line trajectory while gradually slowing down, asymptotically approaching zero speed at infinity.

On the other hand, if the particle is projected horizontally (tangent to the Earth), the orbit will look something like this: 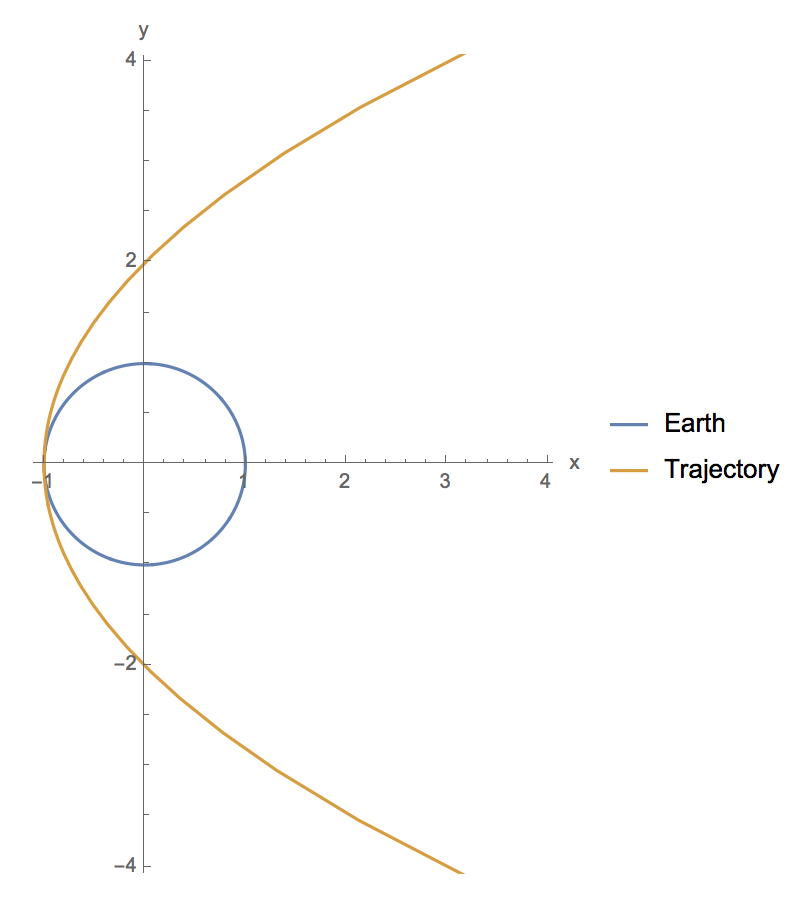 In both cases, however, the projectile escapes to infinity, a fact which depends only on the sign of the total energy.

Escape velocity is defined so that any object, no matter which direction it is traveling, will be able to reach an infinite distance from another body (Earth, for example) despite that body's gravitational pull. The launch angle does not matter because there is no maximum height. The object will just keep going forever to farther distances.

If you launch the object at escape velocity vertically, then it will always be moving away from Earth for the rest of time. It will be gradually slowing down, but it will never stop.

If you launch the object at escape velocity parallel to the ground, then it will take a parabolic path out to infinity. It will always be slowing down and slowly turning towards 90° from its original launch angle, but it will never stop increasing its distance and never complete the turn.

I have tried to answer the question in a different way.

Suppose the object, mass $m$, is projected at the escape speed $v_{\rm e}$ at a tangent to the surface of the Earth radius $R$ and mass $M$.

The gravitational force is central and so angular momentum is conserved
$$mRv_{\rm e} = mrv_{\theta}\Rightarrow v_{\theta} = \frac{v_{\rm e} R}{r}$$ where $v_{\theta}$ is the speed at right angles to the radius vector, the tangential speed. 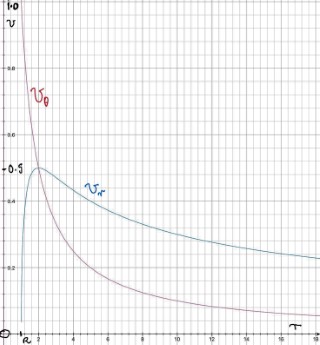 Possibly with appropriately scaling of the graphs you can show the effect of changing the angle at which the object is fired.
For example when the angle is $45^\circ$ the initial radial and tangential speeds are equal and as the distance from the Earth increases the radial speed will dominate more and more.

EDIT: J. Murray's answer is not quite complete and criticizes mine as being wrong. I don't have enough rep to respond directly since I'm new, so I will here. He writes the basic energy equation:

But this equation effectively treats v and r as scalars, and not vectors. In other words, the equation is being treated as one dimensional. From Wikipedia:

"escape velocity is the minimum speed needed for a free object to escape from the gravitational influence of a massive body."

Thus, to have a projectile escape Earth's gravity parallel to the plane of the Earth, it will need a greater initial velocity, but by definition the escape velocity remains the same. On another semantic note, the definition says its a "speed" but the name is a velocity, the misnomer is probably a great source of confusion.

Here is the "calculus derivation" from Wikipedia.

This is the minimal required kinetic energy to be able to reach infinity, so the escape velocity $v_0$ satisfies:

This equation more explicitly states that r and v are scalars indicated by $r_0$ and $v_0$ Furthermore, we go from work (W) to a scalar kinetic energy term (K), when vector kinetic energy terms are possible. Here is the Wikipedia definition of Kinetic Energy:

"It is defined as the work needed to accelerate a body of a given mass from rest to its stated velocity."

Not the answer you're looking for? Browse other questions tagged newtonian-gravity velocity definition speed escape-velocity or ask your own question.