It says here that the entire integral is minimum if and only if the actions for each step is minimum but here is a contradiction. Suppose there are two fixed points in space, time: A and C. it takes only two infinitesimal steps to reach C from A. At A of all the possible paths, the path to B has the least action (of value say 5) and the action from B to C is 10. But there might be a second B' for which the first action is a little higher (like 7) but the action for B' to C more than makes up for it (say 5). So in such a case the overall action will be lower. Where am I wrong in this logic?

He also talks about fiddling paths between two points infinitesimally close - there can only be a straight line, but if it isn't then those points aren't infinitesimally close, their separation can still be broken down into simpler paths, just as in A to C. I know that if the least action principle is valid for infinitesimal paths, then it is valid for any path, but how can we say for sure that it is also true the other way around? 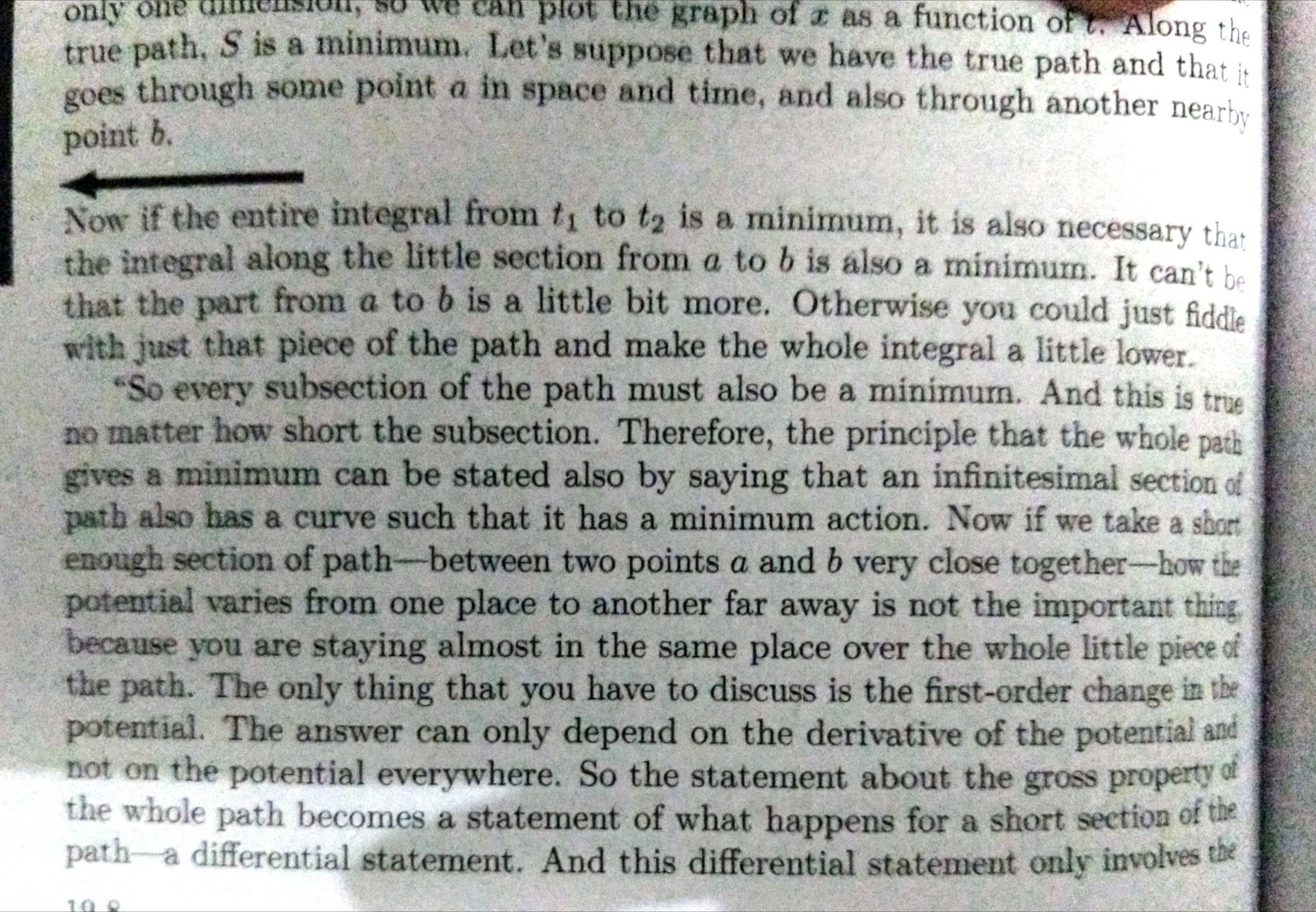 OP is misquoting the textbook as saying

"The entire integral is minimal if and only if the actions at each step are minimal."

Rather, the textbook is effectively saying that

"The entire integral is minimal only if the actions at each step are minimal."

In fact, the textbook argues that

"Otherwise you could just fiddle with just that piece of the path and make the whole integral a little lower."

The if-part does not need to hold: Consider e.g. arc length $S[\gamma]$ along a curve $\gamma$ between two points $A$ and $B$ on a cylinder $\mathbb{S}^1\times \mathbb{R}$. There are infinitely many stationary paths between $A$ and $B$ (which happens to be classified by a winding number). At most two of them have minimal arc length, although they are all minimal at each (sufficiently small) step.