Does static friction only depend on the forces acting on the axis perpedicular to the plane where an object is located?

Suppose I have a vehicle with 4 wheels all connected to motors which is hauling a set of wagons. Suppose also that: 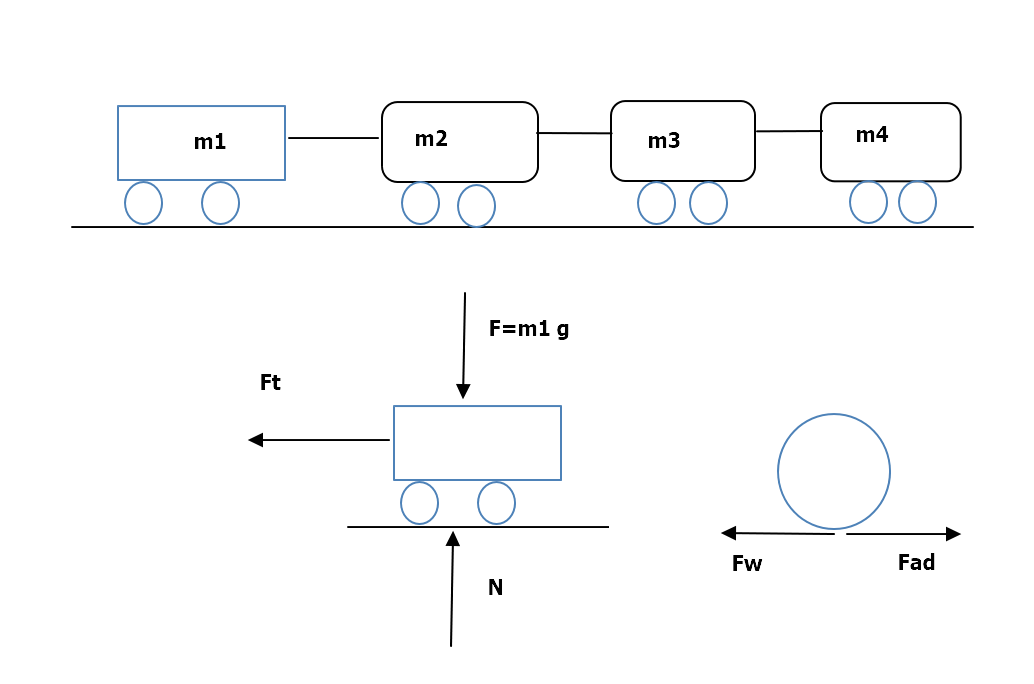 My "claim" is that the maximum traction force that can be applied by vehicle "m1" without its wheels starting to slip, depends only on its mass (i.e. not on the masses m2, m3 and m4). Is this true?

I think the question boils down to as: "Does any of the attached masses m2, m3 and m4 have any effect at all on the static friction between the weels of m1 and the ground?". Therfore, I am asking, does static friction depend only on forces acting on the vertical axis (in my drawing) and, if yes, does it mean that the maximum traction force applicable by m1 does not depend on how many vehicles it is hauling?

In my understanding, the mass of the hauled vehicles only reduces the maximum acceleration achievable but does not have any effect on the maximum traction force that can be applied in regards to static friction.

Yes, static friction depends only on the Normal force acting on the object and the friction coefficient.

Take the example below, of a block on a surface (not necessarily a plane, that is not relevant): 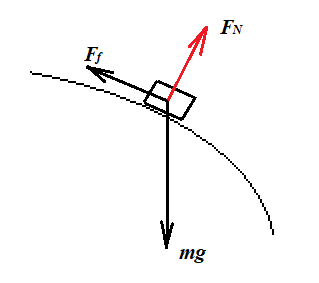 Here the normal force $F_N$ would be calculated from the weight of the block $mg$ and the angle of the tangent.

The static friction force is then, with $\mu$ the friction coefficient:

In the case the of the 'convoy' the angle is of course $0$ and the maximum friction force ('traction' if you prefer) is simply:

In order for the convoy to start moving there must be some acceleration $a$, so with Newton's second:

So your reasoning is correct: it doesn't matter how much power $m_1$ can deliver to its wheels, if the above condition isn't met the convoy will go nowhere!

1
How does static friction increase with increase in the applied force?
3
Is static friction the only force causing a car to move (without sliding)?
0
Is friction required for a gravity-propelled vehicle?
7
Can kinetic and static friction act at the same time for this object rotating inside an accelerating cylinder?
3
Why do the expressions for an object rolling down an incline not depend on the coefficient of static friction?
2
Can the work by static friction on an object be negative?
2
Pulling force required to get stationary vehicle moving
1
Wheel slips and weight
1
Two stacked blocks with the upper block pulled with force $F$
0
Confusion with regards to when static and kinetic friction apply