How can a Lego version of a Kibble balance measure the Planck constant?

As the picture shows below 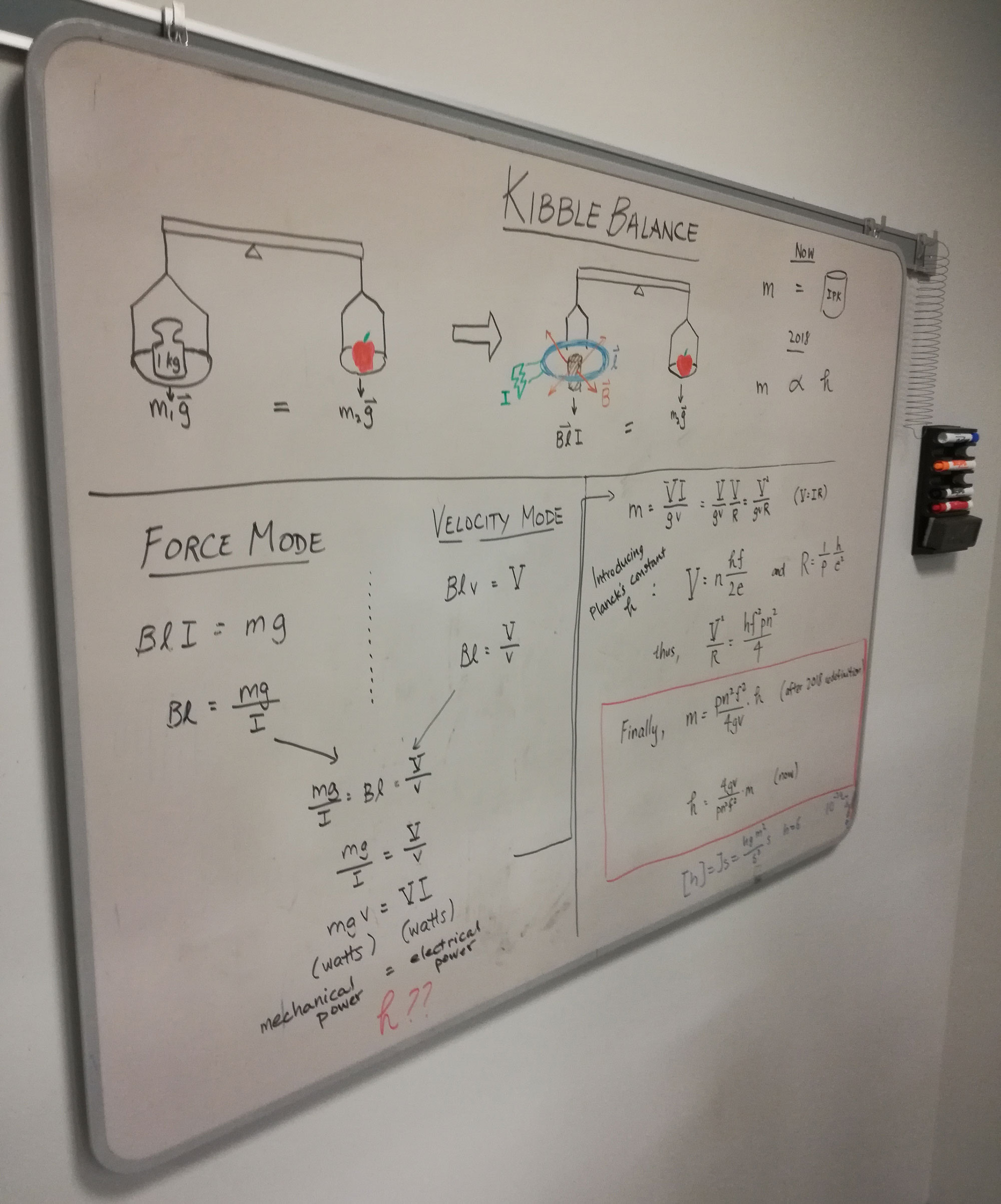 in a Kibble balance, one can drop out the measurement uncertainty of $B$ (magnetic flux intensity) and $L$ (length of coil) by the use of two modes, force mode and velocity mode.

And the voltage and electric current (resistor) value is determined by the Josephson effect and the quantum Hall effect; these two phenomena are what permits the measurement of electrical quantities in terms of the Planck constant to the precision required for the watt balance and redefinition.

And I saw a Lego version kibble balance, designed by NIST people, reported in the paper

In a classroom setting, quantum electrical standards are typically unavailable. However, it is still possible to measure the Planck constant due to the way the present unit system is structured. While the SI is used for most measurements, a different system of units has been used worldwide for almost all electrical measurements since 1990. For these so-called conventional units, the Josephson and von Klitzing constants were fixed at values adjusted to the best knowledge in 1989. These fixed values are named “conventional Josephson” and “conventional von Klitzing” constants and are abbreviated $K_{J–90}$ and $R_{K–90}$, respectively. Since 1990, almost all electrical measurements are calibrated in conventional units. By comparing electrical power in conventional units to mechanical power in SI units, $h$ can be determined.

How to understand this?

Basically, since 1990, the bulk of all electrical measurement equipment has been calibrated to measurements that are traceable to fixed values of $h$ and $e$. When we talk about redefining the SI units, on the electrical side, this is best understood as simply elevating those previously non-SI units to full SI status. (For more details see this larger thread.)

When you're doing the measurement in the Chao et al. paper, you're making a comparison between two measurements of power which are traceable to two different standards:

The connection to $h$ is via the latter, since your electrical equipment has been calibrated to a fixed (though non-SI) value of $h$. By comparing this value to a measurement of an identical quantity made exclusively using SI-traceable measurements of mass, speed and time.

Ultimately, of course, in a classroom setting, you've lost so much precision in the calibration chain on both sides that you're unlikely to get more than two significant figures out of the process (their result, $h/h_{90}=0.998$, looks to me to be rather more precise than what you'll be able to do in a regular classroom). But the traceability principles look sound to me.

The measurement provided by the LEGO Kibble balance does NOT constitute a primary mass standard. This is because the measurement is NOT in any way directly related to Plancks constant $h$.

What's impressive about the LEOG Kibble balance is that it can pedagogically demonstrate how the complex Kibble balances used at advanced metrological labs work and that it is surprising accurate.

Not the answer you're looking for? Browse other questions tagged experimental-physics measurements physical-constants or ask your own question.

66
What are the proposed realizations in the New SI for the kilogram, ampere, kelvin and mole?

2
What is a proportionality constant? (Planck's constant)
11
Why is the gravitational constant so difficult to measure?
1
How can a beam balance measure mass?
4
What's going on with the Hubble constant?
0
Are spacetime coordinates the only "thing" experiments can measure?
0
How does the constant proportionality balance an equation?
27
What technology is needed for an individual to reproduce the current SI meter and kilogram from scratch?
3
Can the SI kg be realized without superconducting josephson junctions?