Reason for neglecting frictional force in a particular type of Motion

A thin inelastic string is tightly wound on a cylinder. One of the ends of the string is attached to the above surface. Initially the whole system (string +cylinder) is held near the surface. When it is released from that position, find the acceleration of the centre of mass of the cylinder. 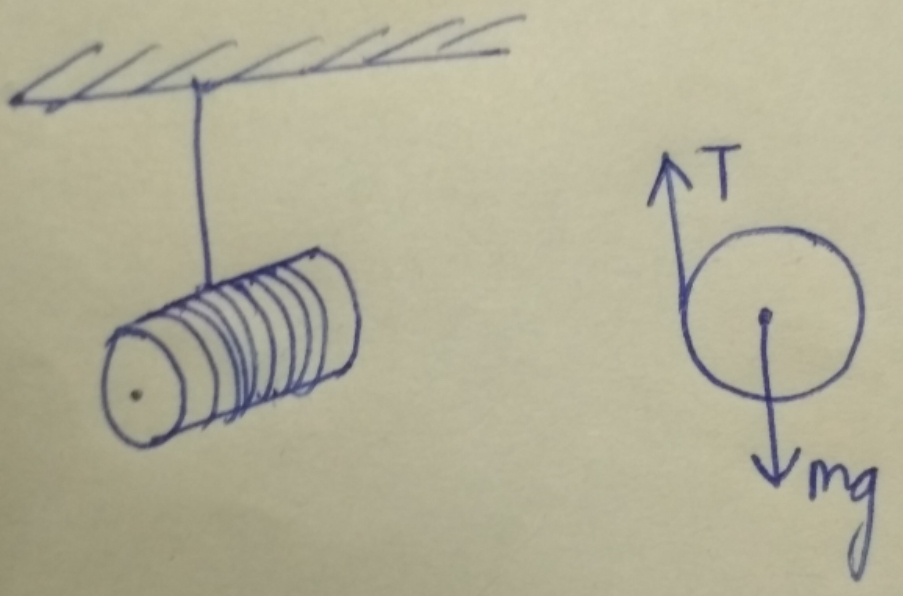 When we are calculating the sum of the forces on the body we are not taking into account the frictional force between the cylinder and the thread. Why is it so?

The $T$ in your diagram is the external force exerted on the cylinder by the string and it is the tension in the string at the point where it just not touching the cylinder.

2
Rod Falling on Frictionless Surface
2
Can we define tension in a string as the reactive force produced in a string being pulled at both ends?
3
friction of rope wrapped around a cylinder - the Capstan Equation
0
Doubt on how I have applied Newton's law of motion
0
Connected system
6
How can a particle in circular motion about a fixed point accelerate, if the point doesn't too?
2
Simple yo-yo work problem
6
Is the angular acceleration of a rotating body calculated about points out of axis of rotation different?