My question stems from a question on the Dutch VWO-level highschool state exam (from 1993) concerning a device to measure the earth's electric field. It consists of two plates positioned above one another, as shown in this image:

When the upper plate covers the lower plate, the charge that has built up on the lower plate will flow back to earth / ground, as it is no longer held by the electric field.

From a different perspective, the device looks like this: 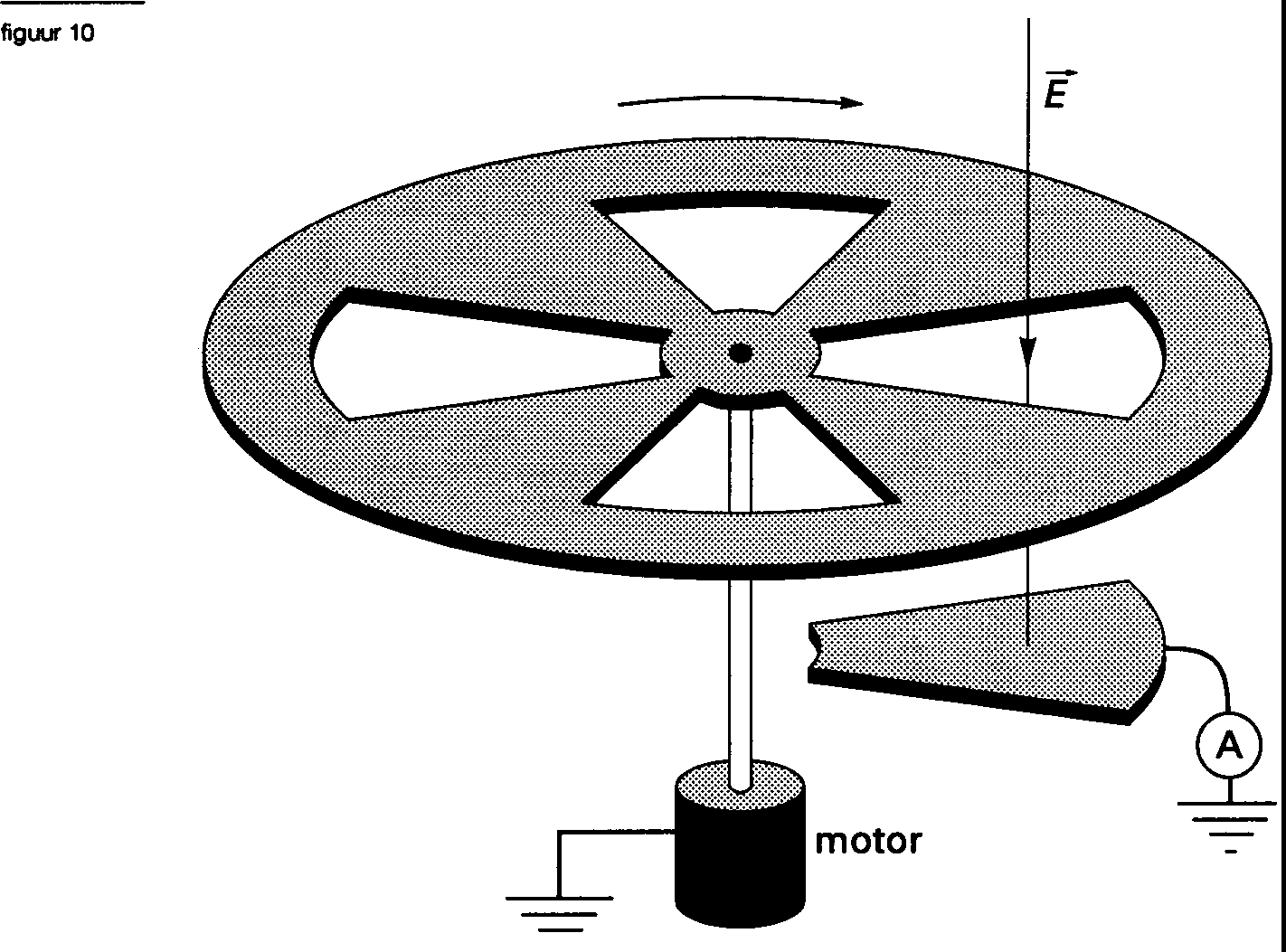 The upper disk now starts to spin, periodically covering and uncovering the lower plate. As a charge builds up in / flows back to earth from the lower plate (depending on the position of the upper disk), a current flows through the Amp meter A. This current is used to determine the strength of the electric field. Here's a graph of the current:

One of the questions on the exam was to plot this same graph (current I in time t) if the upper disk were to spin twice as fast. The answer is the following graph: 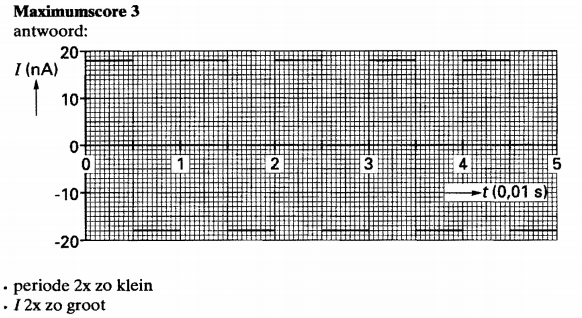 My question concerns this last aspect: Why is the current twice as high if the disk spins twice as fast? I would think that the current's magnitude would only depend on the strength of the electric field, not the rotation of the upper disk.

This has been bothering me for days, hopefully one of you can shine some light on this!

I will give an explanation following the logic of school teachers and examiners. The current is determined by the change in the electric charge of the bottom plate $I=k_1dq/dt$. The charge is determined by the electric field and the unshielded area of the bottom plate $q=k_2ES(t)$.The unshielded area $S(t)$ is a periodic function with a period $2\pi /\omega $, and in this case S is determined by the angle, which linearly depends on time as $\pm \omega t$. Finally we find $I=\pm k\omega E$ is also a periodic function with a period $2\pi /\omega $. The constant $k$ depends on the geometry of the system. If we double the frequency, the amplitude of the current will double, and the period will be halved. To prove all this we need to create a 3D model of the device. I can create this model if the society supports me (at least they do not delete this answer).

Not the answer you're looking for?Browse other questions tagged electromagnetism electric-fields electric-current earth or ask your own question.