proportionality between Gibbs free energy and number of particles

Here is the relevant text from my book: 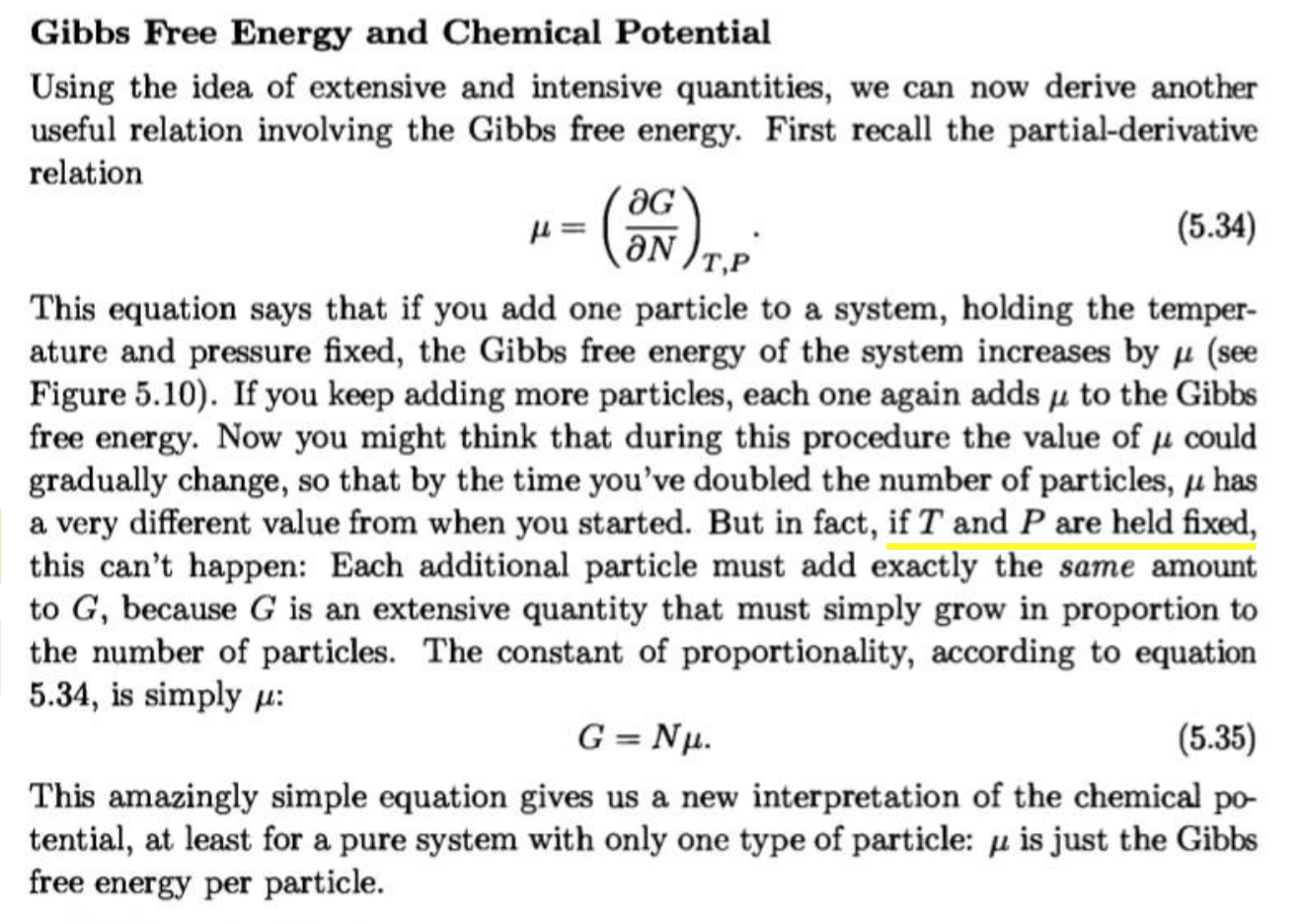 Hm, so I just looked at this question:

It seems then that it's $\mu$ which depends on $T,P$, and we're using the fact that $G$ is an extensive quantity. I guess that makes sense. What I do wonder about it how we know that the density stays fixed? Because that's what we need too. So I'm basically confused about the relation $$ G(T,P,\alpha N)=\alpha G(T,P,N), $$ which should be the mathematical phrasing that $G$ is extensive. However, I don't understand why we can "forget" about the volume? We'd still need that $$ \rho=N/V=\text{constant}. (1) $$ Where can we find the guarantee that this is the case, and why isn't it expressed in (1)?

Any thermodynamic system has an equation of state, which in this case is of the form $f(P,V,T,N)=0$. Fixing $T$ and $P$ means that $V$ is completely determined by $N$.

The question contains a very common confusion about which independent variables a thermodynamic potential depends on. $G$ is not a function of $S,T,V,P$. Actually the natural independent variables $G$ depends on can be obtained just looking at the differential: they are $T,P,N$. Each coefficient of the differential form $dG$ should be intended as a function of $T,P,N$, for a fluid one-component system.

This derivation makes clear that a key ingredient to get the result is the extensiveness of the Gibbs free energy, which is granted for large (macroscopic) thermodynamic systems, but could fail for finite systems made by a small number of particles.