NB: This is not a homework question. I am not searching for any solution of a math problem.

I found something incorrect to do always in the nature of two charged pith balls hanging from a light string. After both the pithballs are charged should not they be allowed to stay as far as they can be from each other. The angle ABC should be near 180° not 180° because if that happens there will be a denial of the pithballs' weight. So I guess the Angle ABC have to always be 179.99° . Still there will be balanced state. So theta will be 89.99° each. If the tension of the string is T then Tcos89. 99=W Tsin89.99°= columb force between the pithballs 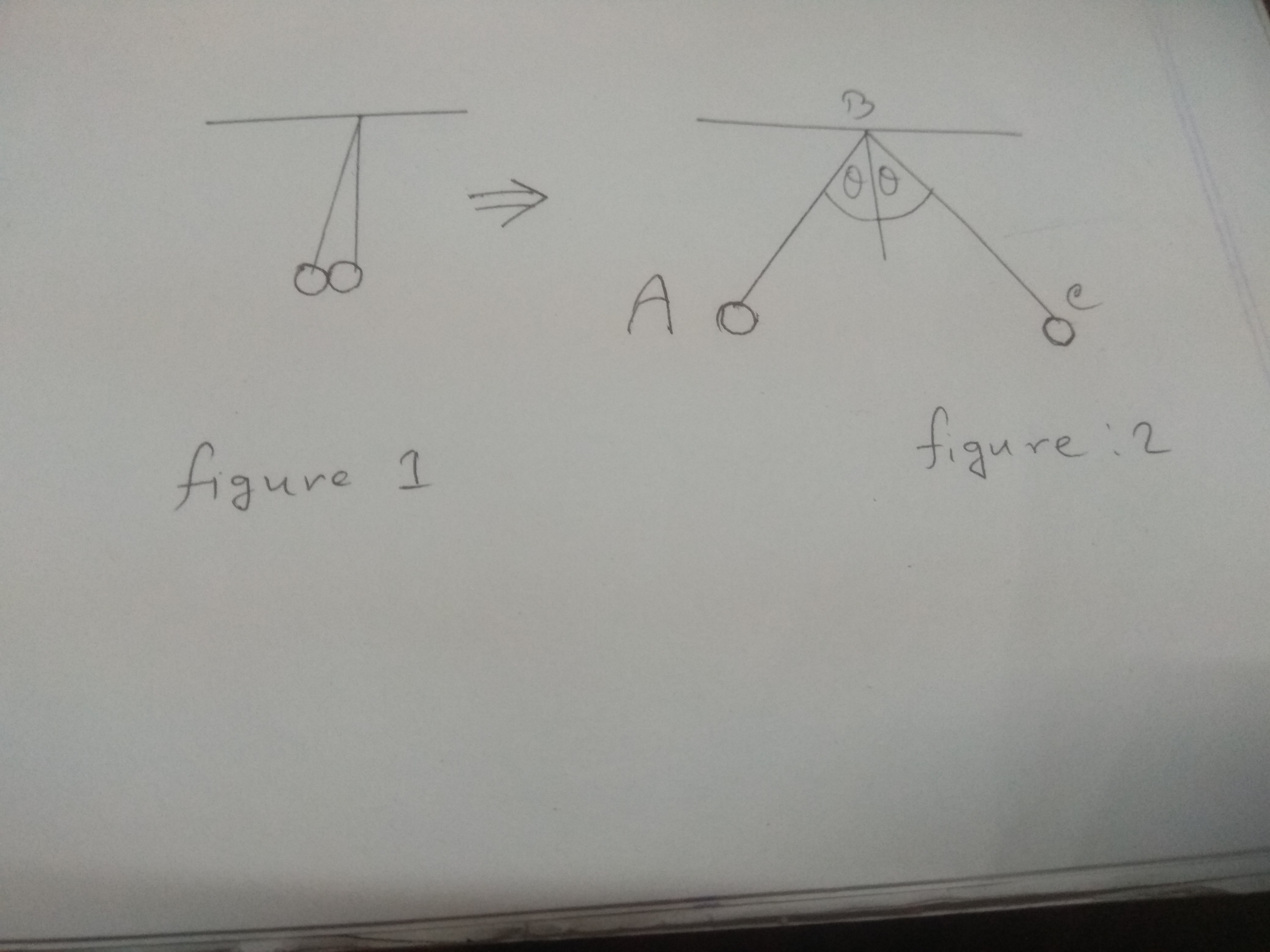 You are correct that they will always try to be as far apart as possible. However, there are constraints on what is possible. For example, why do they not move infinitely far away from each other? That seems obvious: it's because of the strings. But more generally, the strings are creating a force that works to prevent them from moving away. If you had some incredibly large charges on each ball, the strings would snap and the balls would begin to move away from each other.

However, if we look at things at the very small scale (molecules), we can see that they do something similar to what you're asking. CO$_2$ is a molecule with one carbon atom in the middle, an oxygen atom on either side and no unpaired valence electrons. If you look up a diagram of CO$_2$, you should find that it is drawn as a linear molecule. The oxygen atoms push against each other to try to move 180˚ apart. However, they are still tethered to the main carbon atom so they can't move further apart. In this case, you would find that the force of gravity on each oxygen atom is extremely small compared to the repulsive force they exert on each other due to being very close together. The fact that they have very little mass, and thus are much less affected by gravity is an important distinction between the two cases.

Try the following at home.
Construct a simple pendulum with an (heavyish) object hanging from a piece of string.

Not the answer you're looking for? Browse other questions tagged forces electrostatics charge classical-electrodynamics stress-energy-momentum-tensor or ask your own question.

2
Unequally charged hanging pith balls
5
Is there any tension in a massless spring that connects two free falling bodies in different horizontal planes?
0
Need help in calculating the pull on string in kg when moving weight on horizontal bar
4
Tension in a massless string being pulled at its ends with unequal forces
0
Reason of occurrence of tension in vertical circular motion when the angle of the particle is obtuse from its initial position
0
Tension in a string doubt