Gravitational wave are produced when 2 massive objects orbit each other at high speed or collide, how about higgs field? can it ripples and what sort of event can cause it to ripple?

Gravitational wave are produced when 2 massive objects orbit each other at high speed or collide,

This is within the classical General Relativity model is validated with the detection of gravitational waves by LIGO, other experiments since then.

how about higgs field? can it ripples and what sort of event can cause it to ripple?

The Higgs field belongs to the standard model of particle physics . Fields in particle physics are a fundamental hypothesis in the model which allows for calculation of particle interactions using Feynman diagrams. All the point particles listed in the table of the link cover the whole space, electron field, neutrino field etc, including a Higgs field. That is why the discovery of the Higgs boson was important, it validated the standard model, because for the field to exist there should be a particle that is generated by creation operators on the field. 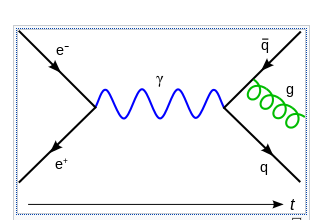 There is no interaction with the Higgs, other than that the incoming and outgoing particles get the mass from the field .Any "ripples" are localized in the interaction area. Even if a Higgs exchange is involved in an interaction or a Higgs boson is created as in the LHC observations

The interaction area where any "ripples" in the probability might appear is the small one of quantum mechanical interactions.

It should be evident that not only the Higgs and the gravitational waves belong to different mathematical models of different observations, but also no analogy can exist, as particle interactions are local, contained in the small dimensions of the quantum mechanical framework.

Not the answer you're looking for? Browse other questions tagged gravitational-waves higgs or ask your own question.