Which direction will this object move in at the end of this process?

1) Consider an object with no net force acting on it moving with a constant velocity v. It has a momentum mv.

3)the object now undergoes a change in its momentum over time, accelerating in the direction of the force F1

4) let another force F2 be introduced that is equal in magnitude to F1 but opposite in direction.

Question) *what happens to the object now?

And.. What is the work done by the two forces?* 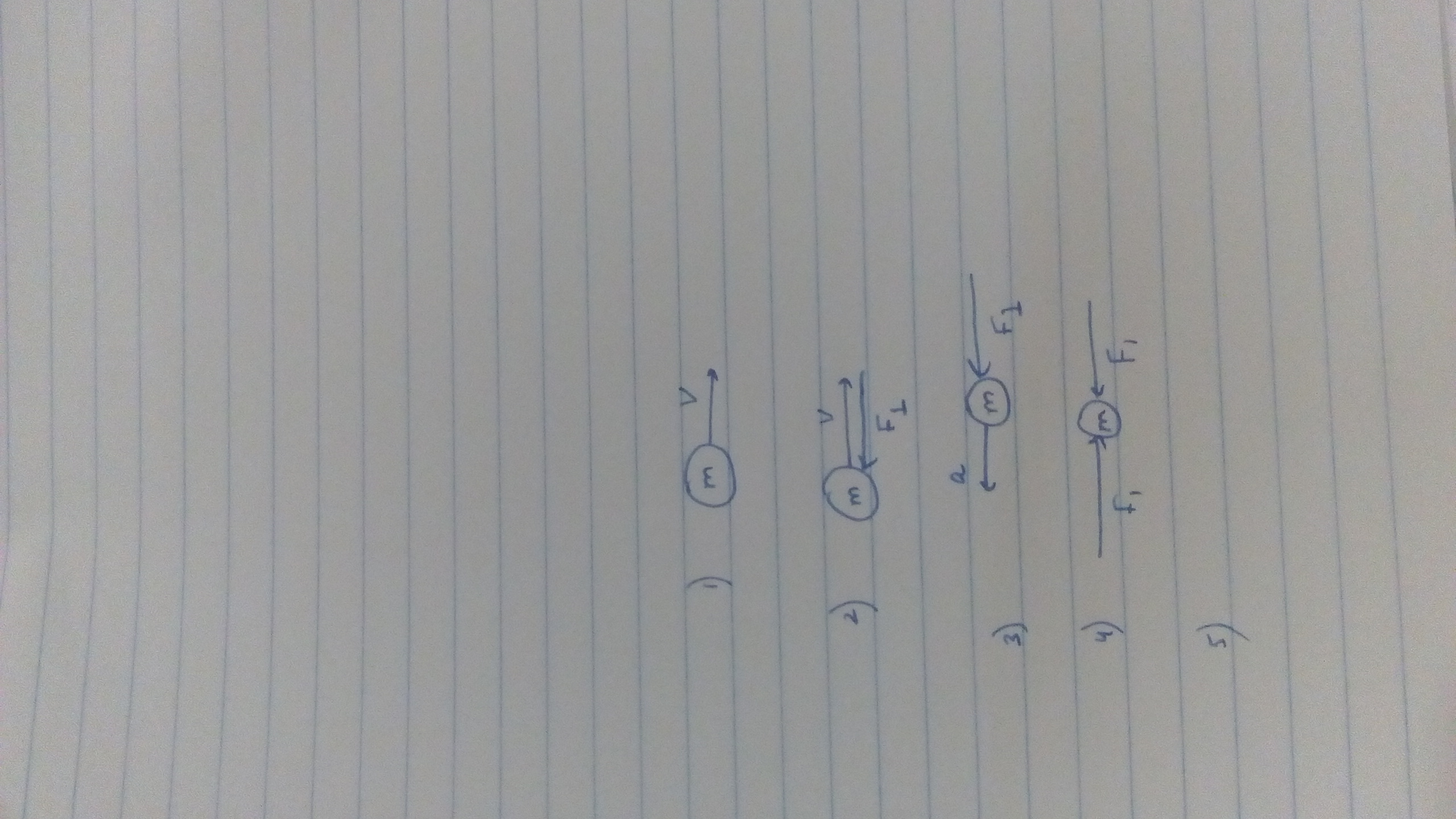 The object will stop to accelerate since the two forces cancel each other. The final velocity v will be $v=v_0+a*t_0$ where $v_0$ is the initial velocity, a the acceleration provided by $F_1$ and $t_0$ the time until $F_2$ is applied. Note that $v_0$ and $a$ most likely have different direction.

Not the answer you're looking for? Browse other questions tagged newtonian-mechanics forces energy work or ask your own question.

1
Can a very thin sheet of any material float inside a liquid?
13
What force causes the ball to move up?
0
Before, while, and after lifting an object to some height above the ground, what happens to its kinetic energy?
5
The direction of static friction?
1
Where does the force go? In which direction does the normal force act?
5
Force required to move bar at one end
1
Can the motion of an object in the absence of external forces be different than that of an object with zero net force?
2
How does an object in space travelling at constant velocity have a net force of zero acting upon it?
3
Why does Friction act Parallel to the Surface (Microscopic Level)?
0
Discussion - Why will an object move downwards inside a rocket moving upwards?