The acceleration of the point of contact, when a solid disc is rolling on a plank [closed]

A solid disc, initially at rest has a constant force applied on it, and it moves by rolling (pure roll) on a plank of the same mass (this plank can move as well - its on a frictionless surface). 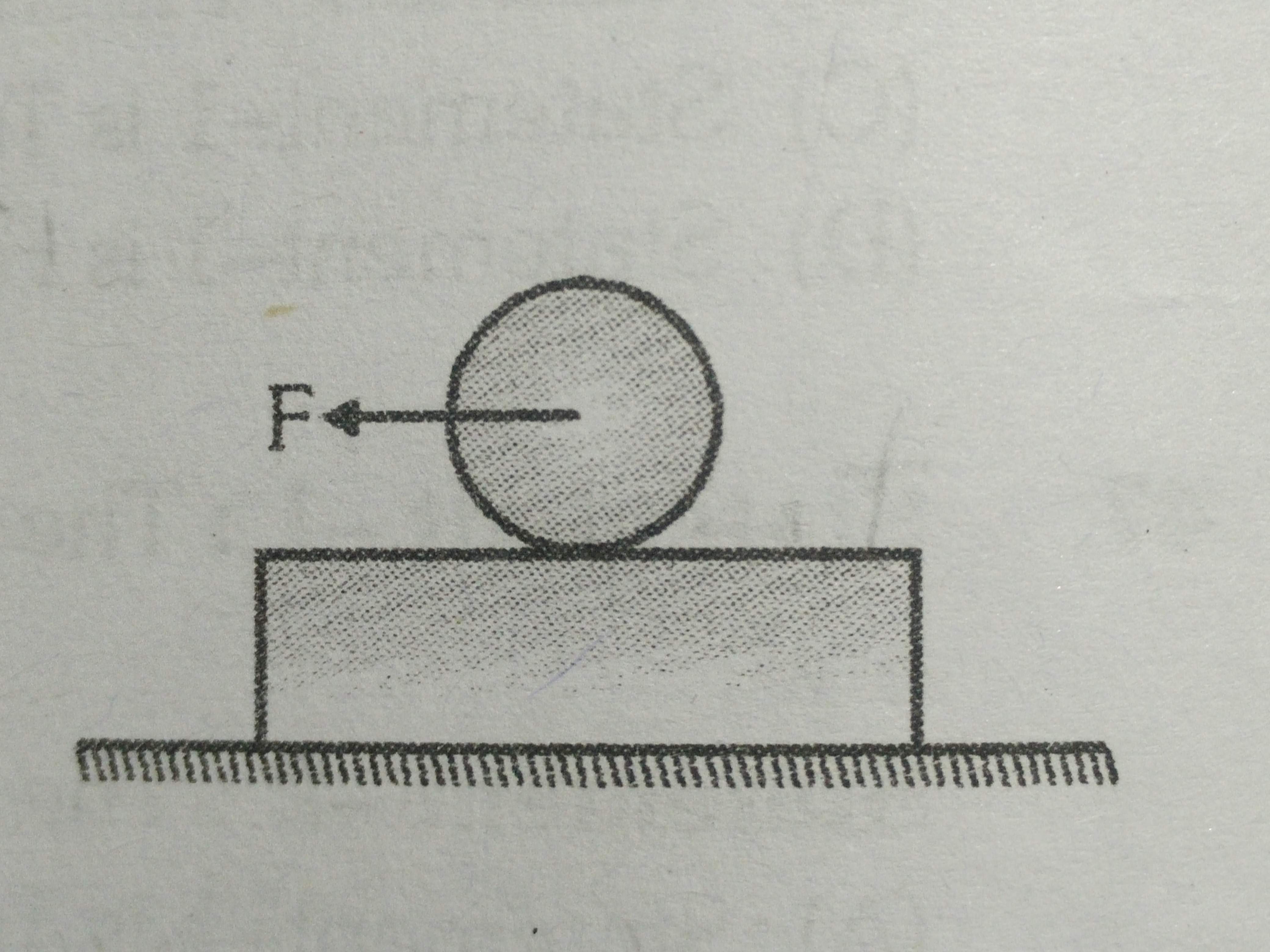 Edit : I already know that net force on the disc is F - friction, and that net force on plank is only due to friction. Also, I understand, that torque produced is only due to friction. My main trouble is in relating acceleration of the disc and the plank. I see that the disc is in a non-inertial frame of reference, does this change anything? Like when using $Torque= I*α$ how do I relate $α$ to a1 and a2 - accelerations of plank and disc.

The motion of the disc is governed by $m_d a_d = F - F_c$ with $F_c$ the contact force between the disc and the plank.

Finally, the rotation of the disc is governed by $I \alpha = R F_c$.

Since there is no slipping, the point of contact has the same velocity as the plank $v_p$, so its velocity relative to the center is $v_p - v_d = - R \omega$ (negative because the bottom of the disk is moving backward). Differentiating this, we get $\alpha = \frac{a_d - a_p}{R}$.

Assuming the rolling slippage between the disk and the plank is zero, meaning as the disk rolls it carries the plank with it:

From here you should be able to handle it.

0
Will pure rolling occur if the body encounters a frictionless surface during its motion?
0
How can an engine provide more torque at the point of contact than the ground's response by static friction without slipping?
0
For a solid sphere rolling (pure roll) up a slope (with friction) does friction play a role in slowing it down?
45
What will happen to a ball kept on a frictionless inclined plane?
3
A tilted disk rolling on the floor
1
Rolling motion, sliding, contact point, friction