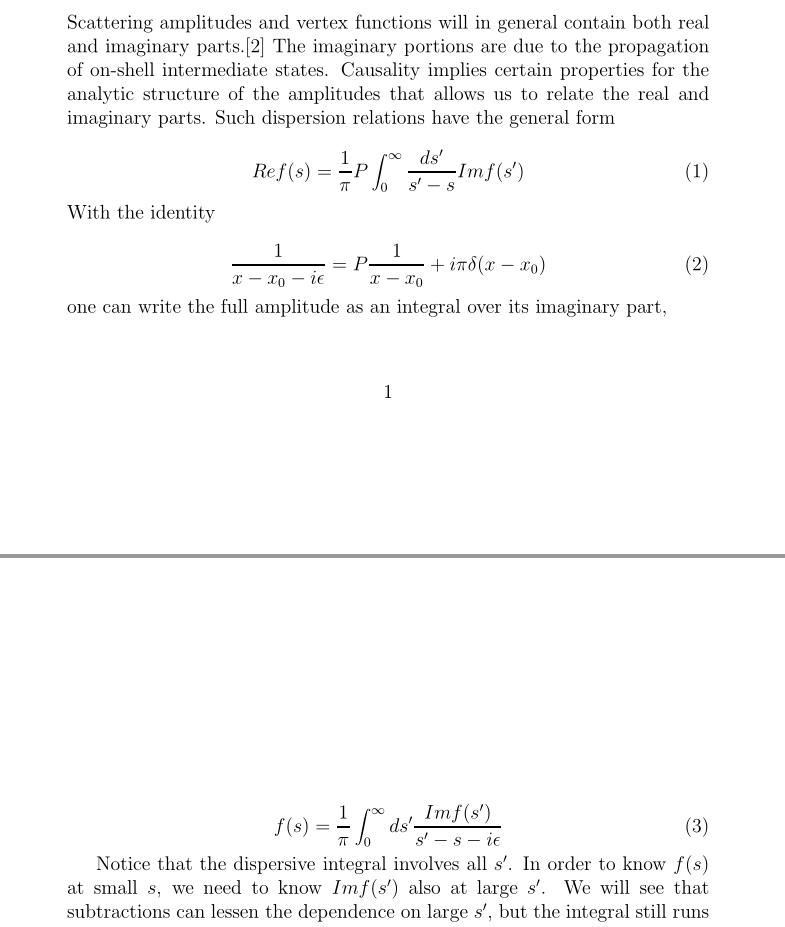 Draw a plot of the real and imaginary parts of

"Plot it" is unsatifactory in my view. I'm also not sure how you can deduce the real part is the principle value from looking at a plot. Here's a derivation. As we know, the delta function is only comfortably defined as a distribution - ie by the fact that \begin{align} \int f(x) \delta (x-x_0) dx = f(x_0) \end{align} So it's best that you think of the identity we're trying to prove as defined by what you get when you convolve the expression with a function. So consider the integral \begin{align} \int_{-a}^b \frac{f(x)}{x-i\epsilon}dx \end{align} The case of $+\epsilon$, or shifting $x\rightarrow x-x_0$ is a trivial generalisation. There's a pole at $x=i\epsilon$, above the real axis. Let's choose the contour, with a view that $\epsilon\rightarrow 0$: 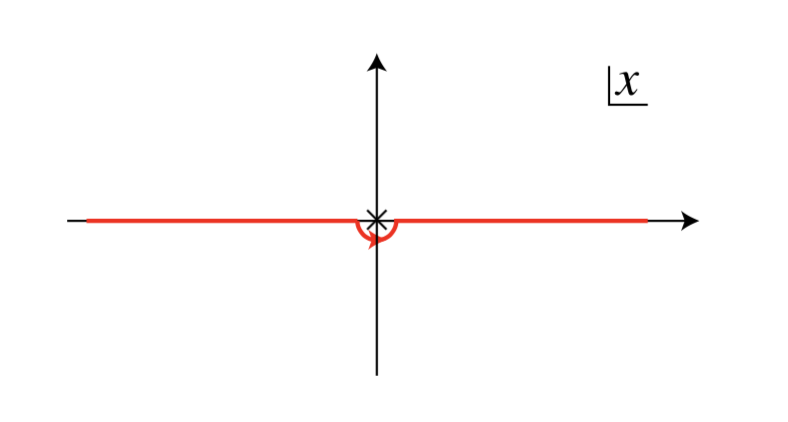 The integral consists of three pieces. There is a piece along the negative real axis and one along the positive real axis: giving us the integral along the real axis, except that the singularity is avoided symmetrically around the origin. This contribution is given by \begin{align} \left(\int_{-a}^{-\epsilon}+\int_{\epsilon}^{b} \right)\frac{f(x)}{x} \ dx \end{align} This is by definition the principle value $\mathcal{P}\int_{-a}^b \frac{f(x)}{x} $. The remaining part of the integral is the arc below the pole. By taking the radius of the circle infinitesimally small, we can take $f(x)$ to be constant $f(0)$, and the integral along the semi circle is a half of that from a closed circle. By Cauchy's theorem, we get \begin{align} i\pi f(0)=\int i\pi f(x)\delta(x) dx \end{align} So the whole integral can be written \begin{align} \lim_{\epsilon\to 0}\int_{-a}^b \frac{f(x)}{x-i\epsilon} dx= \int_{-a}^b \mathcal{P}\ \frac{f(x)}{x} + i\pi\delta(x) f(x) \ dx \end{align} Taking real and imaginary parts gives your theorem. Performing the same integration around $x_0$ instead of the origin, or in the reverse direction for $+i\epsilon$, give the other usual generalisations.

Not the answer you're looking for? Browse other questions tagged mathematics calculus dirac-delta-distributions or ask your own question.