In this picture, you have a girl holding an apple. There is a normal force from her hand acting on the apple and there is the apple's weight pushing it down. Since the apple is not moving the two forces cancel each other out. 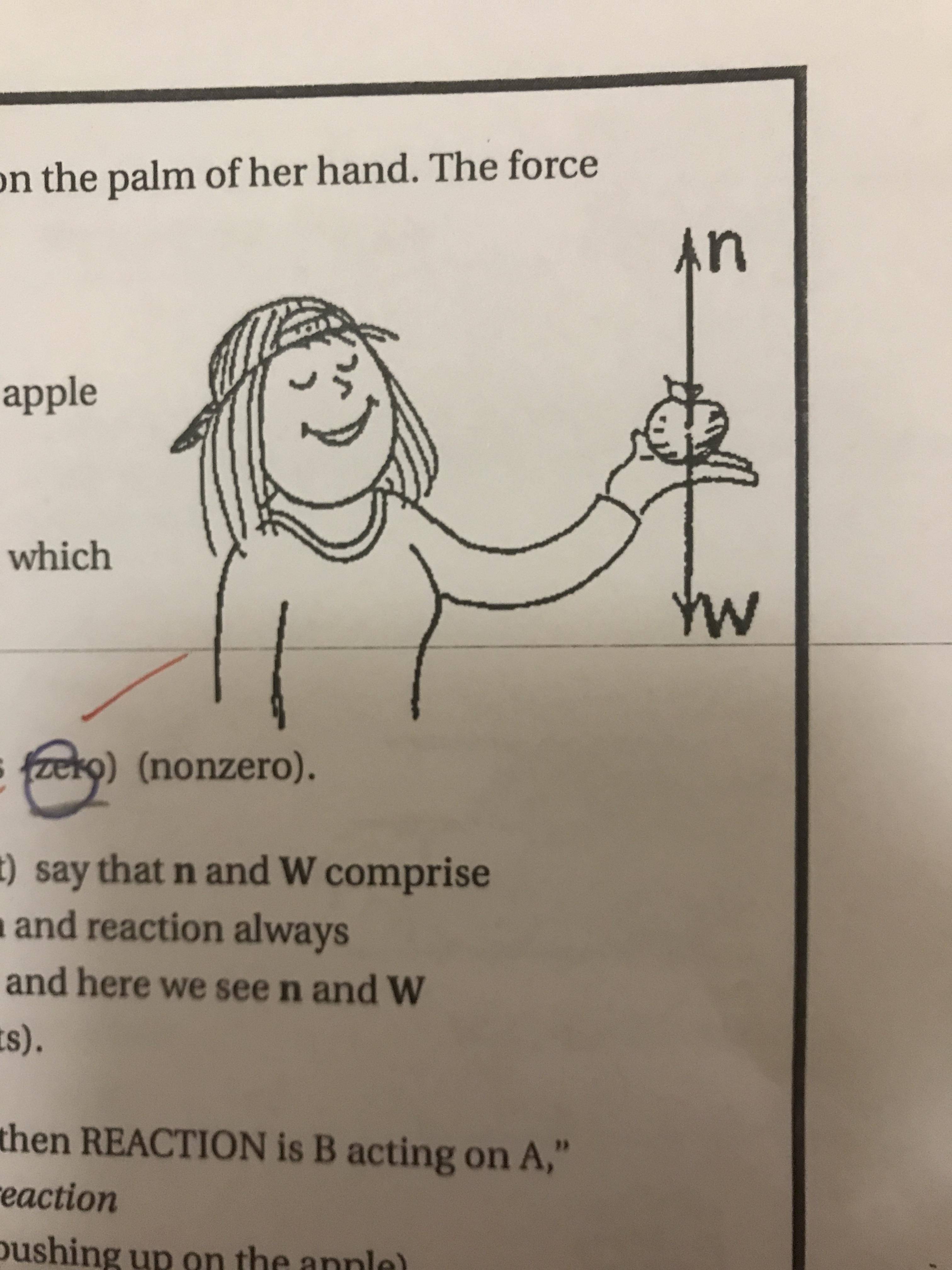 This is what the textbook said:

"Since n is equal and opposite to W, we cannot say that n and W comprise an action-reaction pair. The reason is that action and reaction always act on different objects and here we see n and W both acting on the apple."

From my understanding of action-reaction pairs and the definition above, does it mean it will ALWAYS result in some king of movement.

For example, this picture (the example of the car): 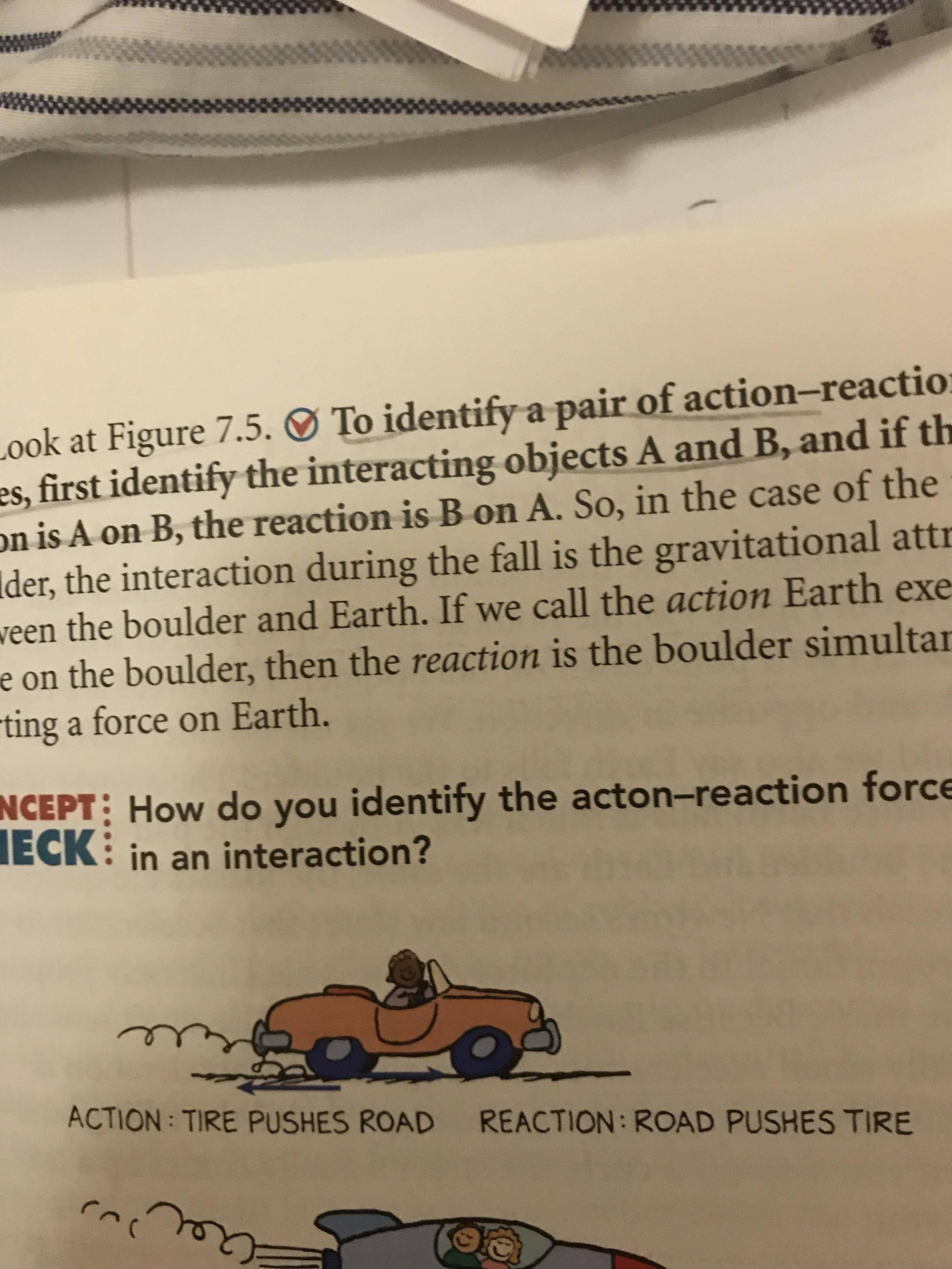 Thank you very much.

The force of weight ($W = mg$) acts on the apple. Who is applying this force?

Well, the Earth is.

Then if a body A applies a force on a body B, body B will apply a force on body A such that they have the same magnitude and opposite directions.

What is important here? Well, Newton's third law talks about two bodies, A and B in my example. 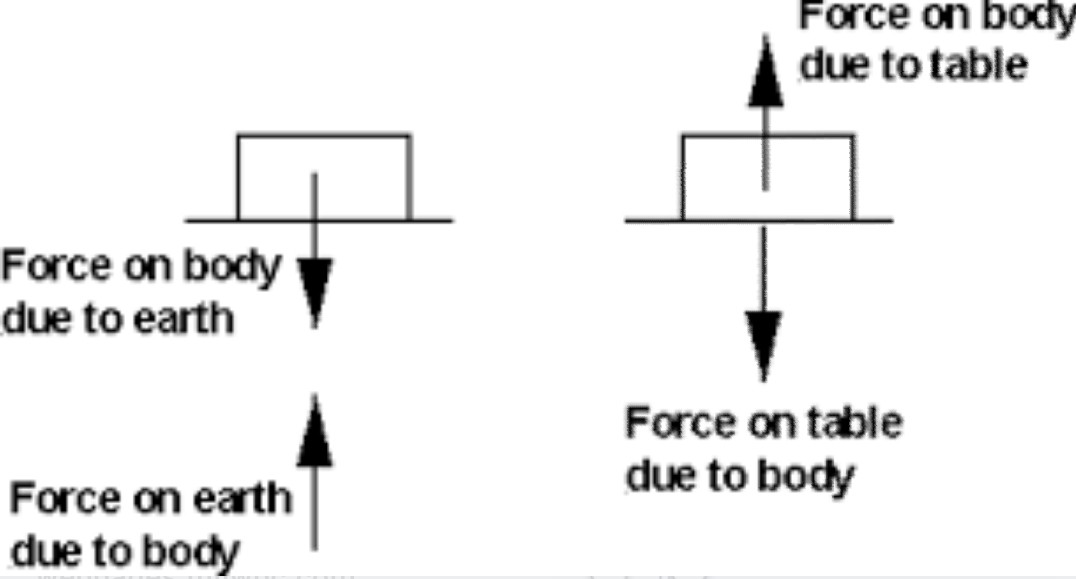 The Earth applies a force $mg$ on the apple.

Therefore, the apple applies a force $mg$ on the Earth. (Yes, the force of gravity is also subject to Newton's third law. The apple attracts the Earth gravitationally just like the Earth attracts the apple).

The normal force $N$ exists because objects don't tend to pass through eachother. This can be explained by electromagnetism, but for now, you just need to know that the contact between the hand and the apple causes electromagnetic repulsion which creates the normal force.

It turns out that in your example, $W$ and $N$ have the same magnitude. But this is just due to them being the only forces acting on the apple. And the apple is equilibrium! Therefore, Newton's second law, $F = ma$, guarantees that $N = mg$ so that the apple isn't accelerating and the net force is zero.

But this is just one case. It doesn't mean the normal and the weight will always have the same magnitude. They won't.

One example: the inclined plane. 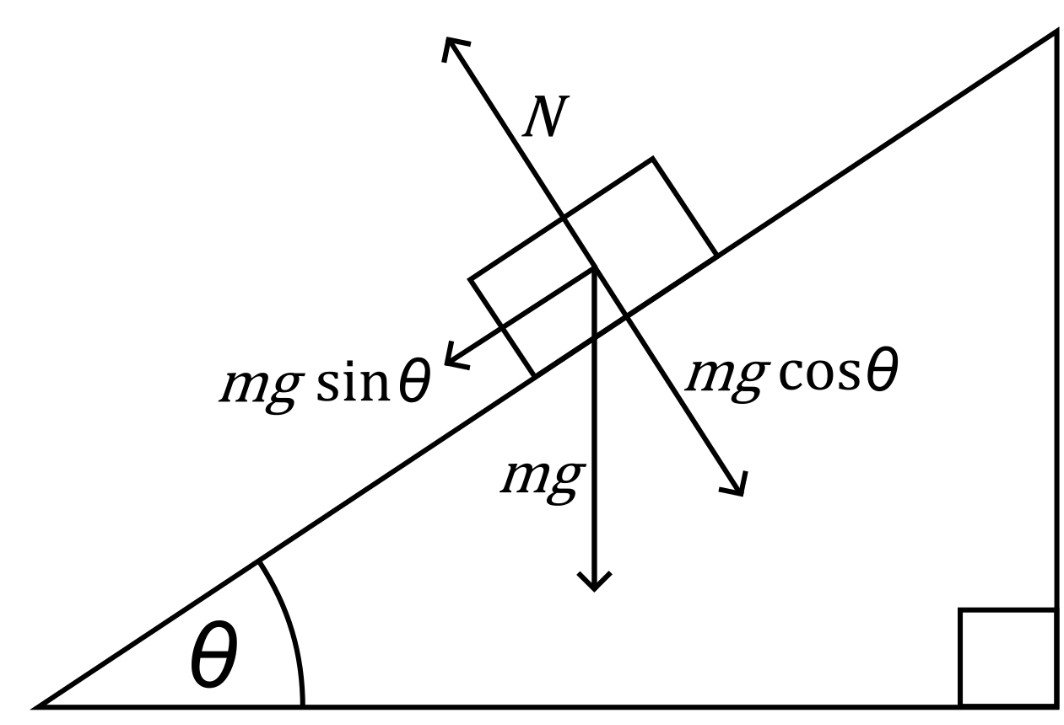 You can see from the inclined plane's geometry that the resultant force on the object is $mgsinθ$, and it is constant. Therefore, by Newton's second law, the acceleration is also constant and equal to $gsinθ$.

And the normal force, always perpendicular to the contact surface, will have magnitude $mgcosθ$, and this is smaller than the weight's magnitude.

To finish things, a constant slope or constant inclination means that the inclined plane always (everywhere on its surface) has the same angle $θ$ of inclination relative to the ground.